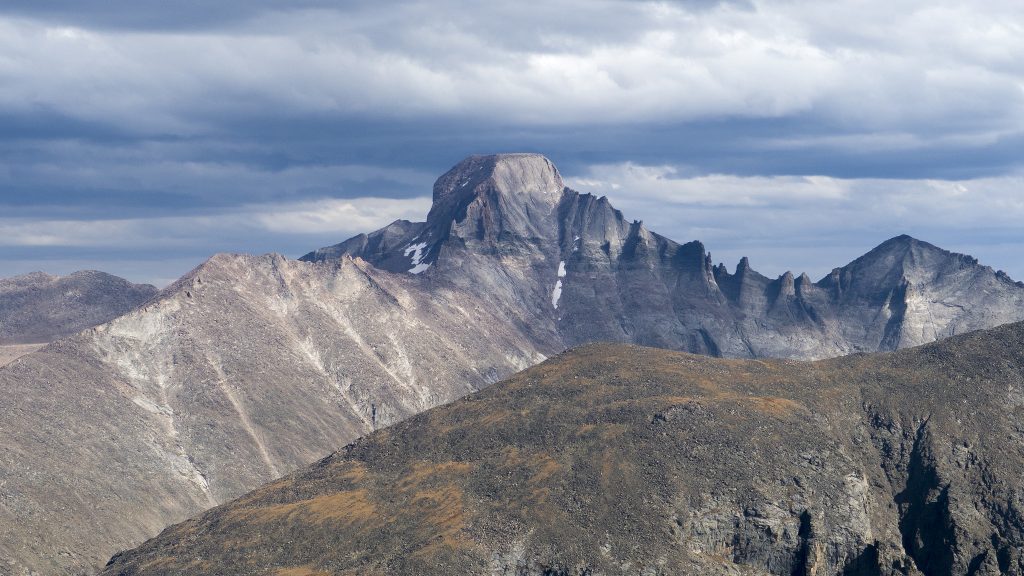 This Winter, I had MANY audacious mountain projects brewing in my head, but never had the chance to even write them down to share before the Covid-19 pandemic hit. I’ll get to sharing them soon, but it may take on a more hypothetical feeling than a schedule – even if it’s a best-case scenario, like my 2019 Project Dreamin’ list.

I did start one pretty large project on January 1st – large in time-commitment, but not really in depth and breadth: a daily running and cycling streak – something I have mainly use to motivate myself to get out of the door, even though I don’t always feel like doing so. Happy to say that’s still ongoing, after minor hiccups here and there – I’ll talk and write more about that, some other time.

The other ongoing project I was hoping would finally work out was the Self-Powered Longs Peak Project: ride a bike (from Boulder) to the TH of, then summit Longs Peak each month of the year for a year, by a different route each time. I’ve attempted this many times, but failed every time – usually because conditions in the Winter are really hit-or-miss, and one good storm system that rolls through can really make conditions too dangerous for it to be worth it for weeks. The project is complicated logistically enough – adding a pandemic to it, and it becomes well: impossible.

Impossible because well: the whole of Rocky Mountain National Park is closed, including the entire Longs Peak massif. I’ve waited almost a month to do my April tick of the mountain by just about any route you can imagine (out of dozens), but the Park hasn’t opened back up, so I’m forced to forfeit my attempt yet again. Thems the breaks.

But, could I have snuck into the Park, and summited illegally? Yes of course. I would have considered that a pretty easy thing to do. Any rangers out prowlin’ most likely wouldn’t be looking for a well-hidden bike at the TH, they’d be looking for a car. I could have picked a rarely used trailhead, or none at all, and just snowshoed cross country for a while at an nondescript staring point, before joining a well-known line.

Coulda done it. Didn’t. Why not?

The reason Rocky Mountain National Park/Longs Peak was closed, was because the town of Estes Park, which can be found just to the east of the Park was worried that tourist traffic to their gateway town would harm many of the town’s aging residences:

“A continued influx of visitors at this critical time presents a grave public health concern to Estes Park and surrounding communities,” Estes Park Mayor Todd Jirsa wrote in a letter to Interior Secretary David Bernhardt. “The Larimer County public health director has formally advised us to encourage visitors not to travel through Larimer County to Estes Park. We have an older, high-risk population with many retirees and limited critical resources.”

Estes, being like many small mountain towns, has a medical system that could potentially become overwhelmed, multiplying the problem of Covid-19 infections. As hard as it is for a town that’s based on a tourist economy to say, “please don’t visit!” that’s exactly what they had to do.

This isn’t a unique response to the pandemic, as many other small mountain communities did very similar acts. What’s maybe a bummer for me is that I rarely access Estes Park to climb Longs Peak. I use the East Longs Peak trailhead primarily, which can be found ~9 miles south of town limits.

But along with protecting the town, was protecting the Park rangers and search and rescue teams that are a part of the Park’s infrastructure. What if I did get hurt up there, and required assistance to get back down? It’s never, ever happened to me, but it’s not outside the realm of possibility. Mountaineering is dangerous, especially in Winter conditions. Many who make up SAR groups may also work in the medical field, meaning that their time is needed elsewhere. Pulling them away to help some selfish mountaineer who broke their leg in a closed National Park looks pretty bad on the mountaineer’s side of things. Putting up a website, doing the social networking stuff, writing about my adventures, being associated with companies through sponsorship – they all come with the added responsibility of doing the right thing.

Right now, the right thing is to set a good example. As I write this, the Governor of Colorado does want people to recreate and exercise, but not too far from their community. Estes Park wants Rocky Mountain National Park closed to visitors, and for people not to visit their town.

These aren’t the most difficult guidelines to follow. For people like me who love these mountains and mountain towns, it’s certainly the right choice just to hang tight until the residents of these places find it safe-enough to once again come around.