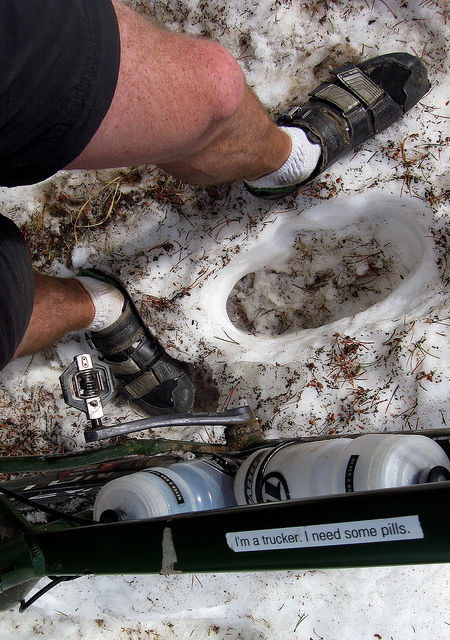 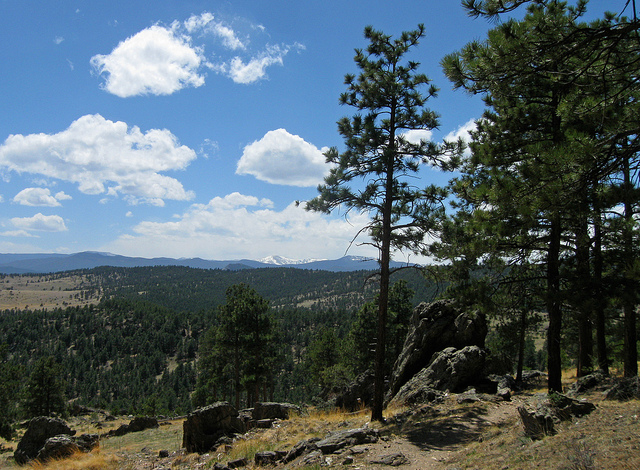 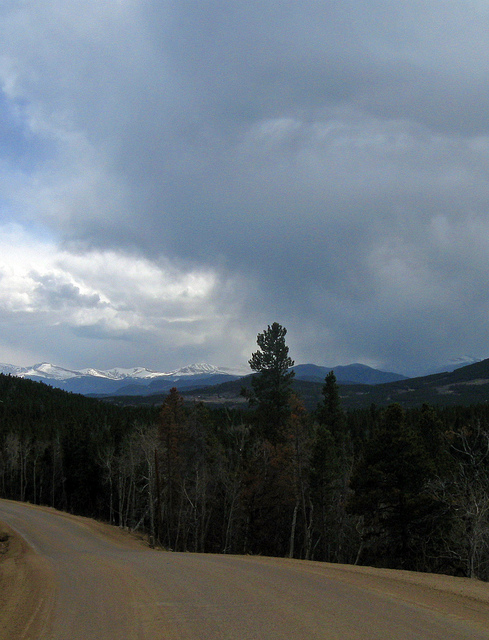 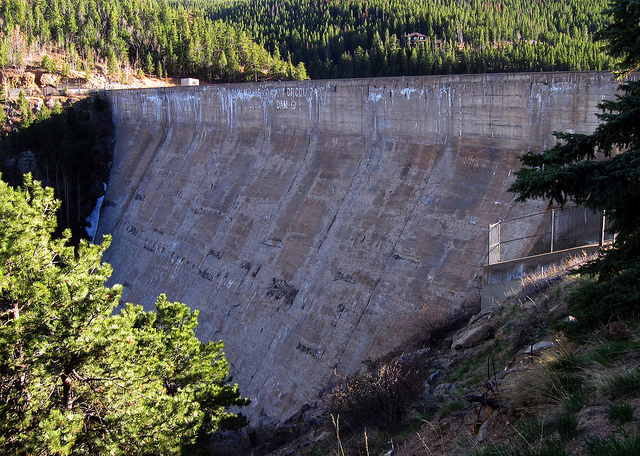 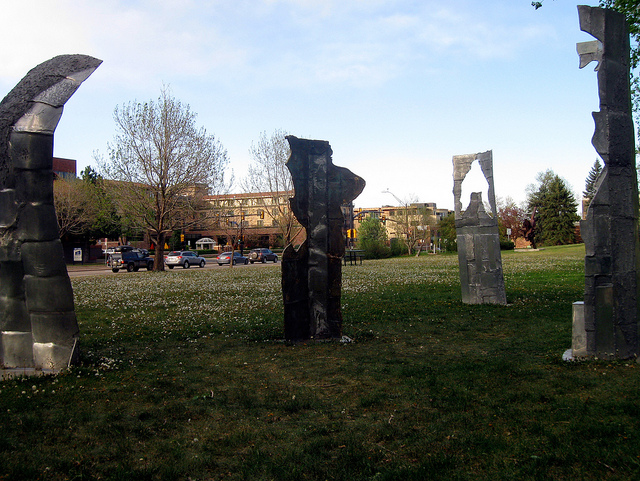 Public Sculptors of a former professor of mine in Boulder

I spotted a dirt road from Golden that seemed to go all the way North to Coal Creek Canyon Road – except for a little part where the road just *ends*. Seemed hikable – until I looked at a topo map and realized there was a mountain in the way. Hmm.

Instead I tried a route that went North from Golden, Traversed the White Ranch Open Space Park and the Golden Gate Canyon State Park and was brought uphill from Rollinsville. In Rollinsville, you can take another trail system to Nederland and from Nederland it’s a 3,000 foot downhill to Boulder.

Sounded like a rad ride, with tons of off-tarmac riding.

Got off to a late start and took a very hard route in Golden Gate Canyon, but made it to Rollinsville at around 17:30. At that time the weather was moving in from the higher mountains and causing a snow squall, so I missed out on the Rollinsville to Nederland (called, West Magnolia?), so that will have to wait for another time.

Made it to Boulder at around 19:00 – a minute to spare to grab the next Boulder -> Denver bus, so I opted for it, instead of riding home – I just didn’t have enough time to  ride anymore, that day. On Saturday, I had ridden to Boulder – and on the way back, found another route made up of dirt/gravel roads, secret singletrack and – a tow line canal! that spanned 20 miles of the 30-something mile route through the suburbs. It’s like someone overlayed a different history of the area over the one we all live in. Made up for the 5 flats I got coming into Boulder.

It’s an incredible place I have decided to live. To think I can link up entire open spaces and state parks, to get such an incredible  offroad route is nothing but special. These spaces are absolute treasures for the state of Colorado. Nothing beats riding a bicycle without having to deal with traffic. On this day, I passed not one other cyclist. For all I know, I had Golden Gate State Park entirely to myself. It’s magic and there’s tons more to explore.

My magical ride wasn’t without consequences. I managed to tear the sidewall of my back wheel. An expensive replacement for a part I just replaced. Going to try my best to boot and patch the tire and have it last a few more weeks. Even getting new tires for the race is hurting my wallet, but going on almost-bald tires sounds like not such a good idea.