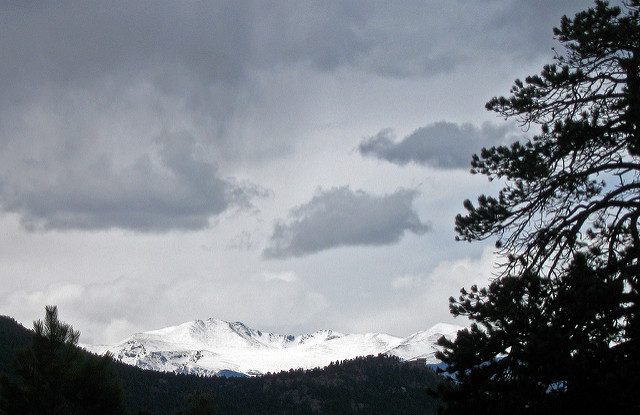 A Tercel is a Young Male Hawk

Falconers used to believe that the third hawk egg in a clutch would be a male. So they call a young male hawk a “tercel” from tertiius, “third.” Who knows why carmakers name their cars the way they do.

(Gary Snyder, from danger on peaks)

On a whim, decided to climb Falcon Peak on my trusty bicycle. I think good training advice to anyone that wants to do a ride/race/event like what I’m doing is to move to downtown Denver, and not have a car. Getting to and back from anything that’s really worth riding on an all-terrain bicycle will add about 60 miles to your daily ride. Technical single track will never be my forté – I ride a mountain bike like your mom, but it’s good to get a bit of practice in, sandwiched between huge amounts of just, you know, miles.

The Falcon trail was perfect for what I wanted to do and the top had a little tower to hang out and check the environs. 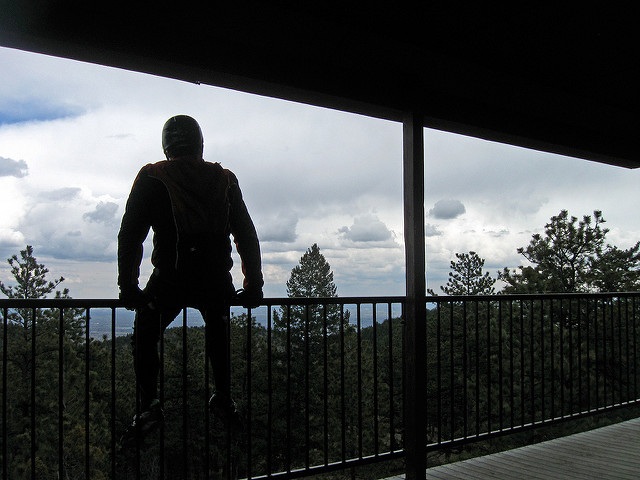 The peak of Mt. Evans was looking a bit stormy this afternoon, 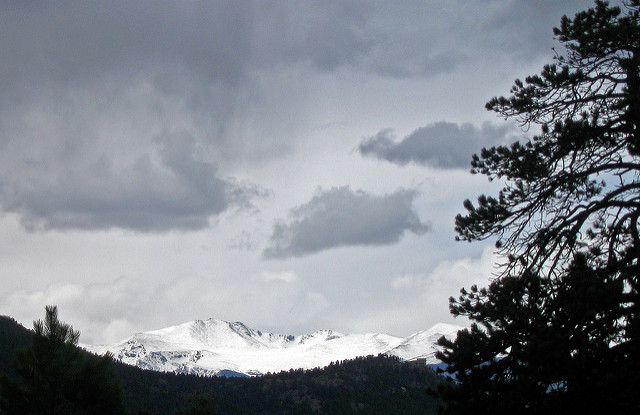 I’ve been meaning to climb one of the routes, but it’s hard to see if it’s currently: doable and: safe. The route itself starts at 11,000 feet, which also adds some complications. But again, not having a car sort of makes these little outdoor excursions go from, “an hour drive in a Jeep” to, EPIC.

It didn’t really take long for the weather to come towards Falcon – Evans is not that far away. Starting to snow, I decided to make my haste out of the park. Entering from the East trailhead, I exited to the West to do a little more meandering (and mileage grabbing), before calling it quits.

Not too long after making it on the main road, I happened upon another state park with a bicycle-accessible trail called, Lair o’ The Bear. Hoping that this would give me a good alternative to taking HW 74 back to Morrison, I hoped on what seemed like a fairly well-together trail.

Took about 30 seconds for me to realize it wasn’t so together and I probably took a wrong turn. Hike-a-biked up and down some questionable terrain, quickly disintegrating below my feet. Large rocks fastidiously rolling down the hill, the whole thing. Strange debris of old – and newish-looking shacks. Probably an old mining area, the, “trails” I was attempting to follow were probably decades-old roads completely eroded-over after decades of non-use.

Took 15 more minutes for me to give up and retrace my steps, which didn’t work, so I just moved towards the highway and took that to Kittredge and explored around Kerr Gultch, until I was in Evergreen again. The storm was still looking like it may hit in full force – the temperature had already dropped a few dozen degrees, so I just rode back East (and down).

Buffalo were hanging out, 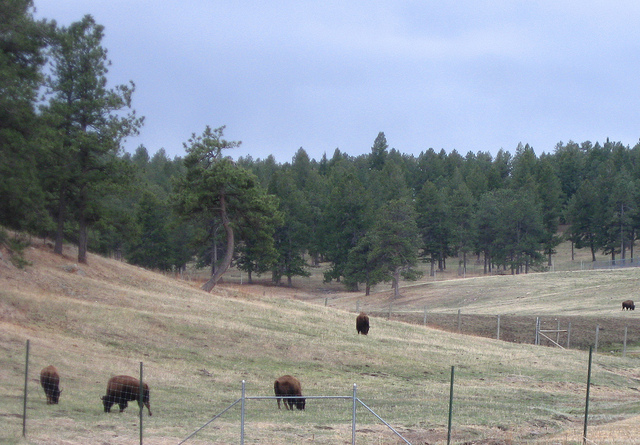 Sort of a sad sight, to be honest.

Took the Chimney Gulch trail down, as I’m attempting to get better at the switchbacks – glad to say, I am. Still needs work.

Managed to tear the sidewall of my rear tire coming down. Amazing I made it down without the inner tube bursting through.
Stopped for a late lunch of, what else, Buffalo on a grinder and visited Peak Cycles who had exactly what I needed (thanks, guys).

Managed to get a flat coming home, so stopped again at Salvagetti and get some more food and rode home. Beat what turned out to be a hail storm, by 2 hours.