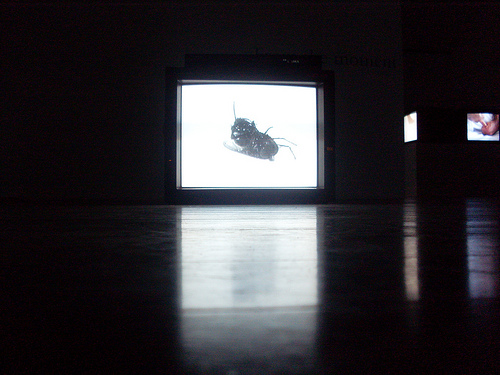 Hmm. I lied, here’s some photos from the little camera – the big camera has Arles stuff but it takes forever and a day to upload (And sort and all).

Yesterday night, the encampment was covered in… 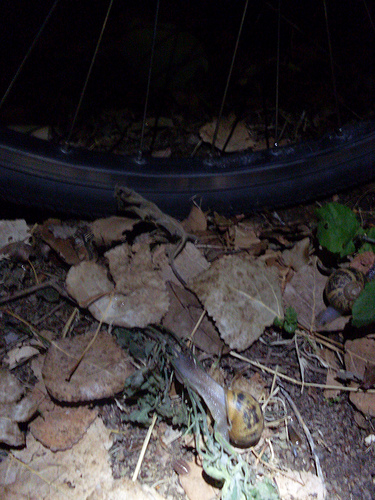 snails! Which are everywhere, after dark. I kill about a thousand a day on the road – you’re going along just fine and you hit these… rocks or something – bah, dum, bah dum, bah dum… and you realize it’s snails on the road. Sometimes I find them in my tent. EVERYWHERE. Slugs, more often than snails, especially if it rained at night.

Today, I went to the Museum of Contemporary Art in Avignon – I know! I know, I go to a town full of history to see art made in the last… year, so kill me. The artist was Douglas Gordon – here’s some info:

and his stuff was… pretty good! Lots of video pieces. He had one room that was just a bizarre array of all his video pieces, ever. Some stuff:

A video of a fly, stuck to its back, trying to get up. It sounds disgusting, but the movement of it’s arms was… I dunno. Know I have issues with it!

For reasons I didn’t quite understand, he was showing some old footage of The Cramps (a favorite) at about 1/8 speed: 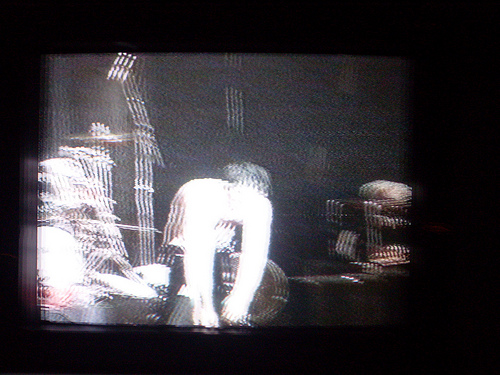 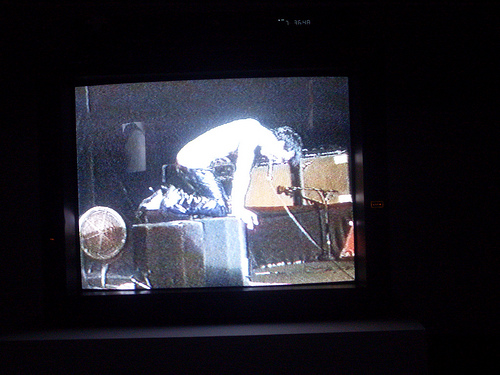 Good ol’ Lux. If you ever get a chance to see the Cramps, they’re still amazing and Lux has lost it completely. And he’s kinda old, now, so when his leather pants fall off, it’s, well, it’s like that fly stuck on its back, I guess.

There was a giant room, filled with, well, giant projections of a elephant in a space. The camera would sort of pan around the elephant as it did its thing. There were other monitors that were small, showing the same elephant in the same space 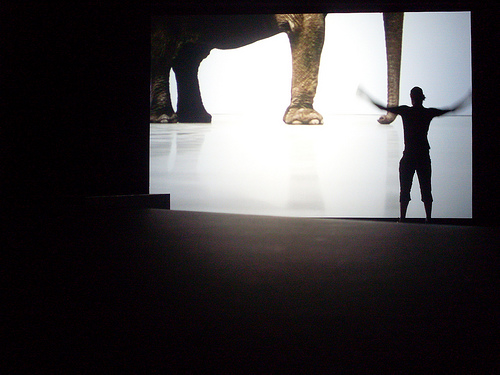 The entire, well, building was completely surrounded by text, like this: 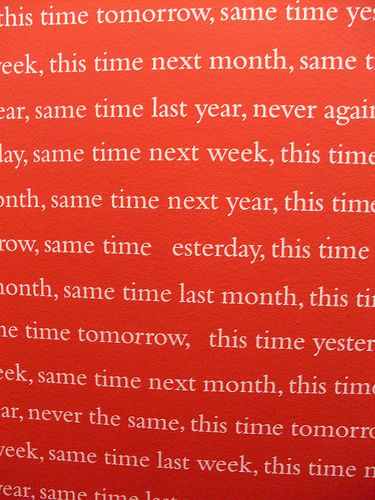 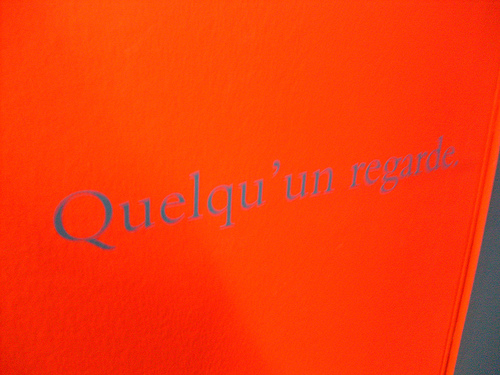 His use of light and neon, was interesting: 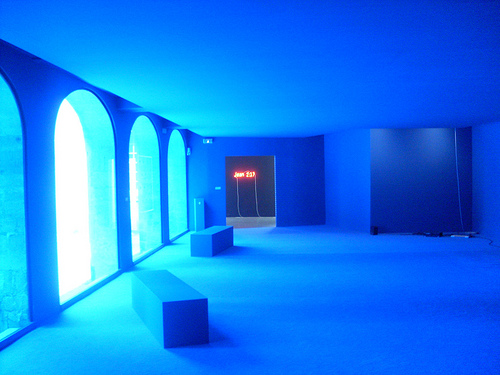 The room here was playing, “Baby baby baby you’re out of time” by the Rolling Stones at about half speed (again… don’t know why)

he had another room, filled with skulls with stars carved out, called something like, “Birthday wishes”, which had red lights, filling the space.

And lastly and strangely, there were movie posters in the halway: 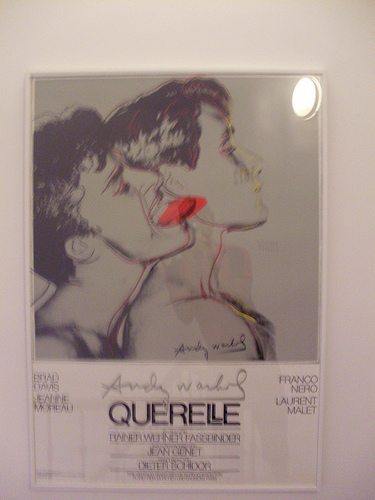 This one is for Genet’s Querelle – but a movie adaptation by Andy Walhol. One can only imagine.

So that’s some photog. I know everyone likes photog.