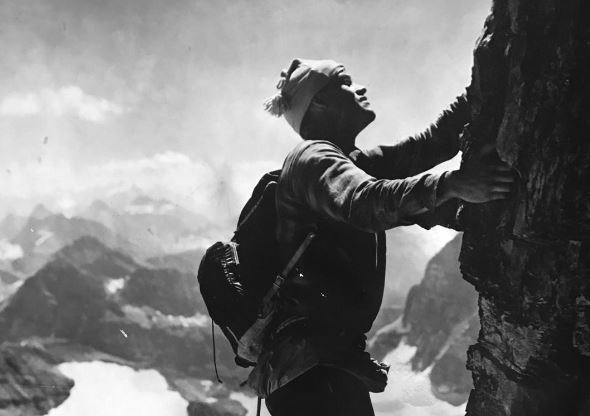 Before I completed my first self-powered Longs Peak Duathlon (after a few failures) from Arvada, I knew of only a few others I was certain had made the trip: Bill Wright, The Briggs Brothers, Stefan Griebel. I never thought about who the first people to complete the feat were – perhaps the names were lost in mountaineering history?

1977: Cleve McCarty of Boulder and his 12-year-old son Eric bicycled to the trailhead, climbed the Kieners route on the East Face […] went down the North Face and biked home, all in one day.

Not bad! Cleve McCarty is fairly well-known in Colorado Mountaineering lore, and that makes it all the stranger that I never heard about this adventure of his. As well as this long day, Cleve once held the FKT for completing the Colorado 14ers: 54 14ers in 54 days (or was it 52 peaks in 52?) back in 1959. He’s also the co-author of High Over Boulder, with Pat Ament.

What’s also amazing is that Eric McCarty repeated the trip with his own 12-year old son, 32 years later!

And of course, Eric is still around, in Boulder, and works a few blocks from where I work. Small place, this world.