Adventure Cycling‘s Great Divide Mountain Bike Route (GDMBR for short) is one of my favorite off-pavement bike routes in the country. I’ve done two tours of it myself while racing it, and have used segments the route itself quite a bit while doing shorter bikepacking tours. It’s well-designed, lots of beta about accommodations exist, and you’re bound to find like-minded people traveling on the route to bump into.

When I designed my Tour 14er, and later Highest Hundred tour, knowledge of the Great Divide Mountain Bike Route was key in piecing together my own custom route. It’s actually pretty surprising how many 14ers can be accessed without getting too far from the main GDMBR.

Here’s some of the more convenient detours off of the GDMBR to Colorado’s 14ers. Names of mountains will be linked with the appropriate route to the summit from the trailhead my directions give access to.

END_OF_DOCUMENT_TOKEN_TO_BE_REPLACED

The 2018 FKTOFTY Awards have been announced. I’ve very thankful that the Tour of the Highest Hundred was selected in the lineup! Although, it didn’t “win”, I really had no reason to think I would! I’m actually a little confused how different FKT attempts can even be compared to each other, but if all we want to do is celebrate FKT projects in general, I think that’s a worthwhile reason to make such lists.

But if I hope that the Tour of the Highest Hundred would win something like a popularity contest… forget it. It’s too long, too hard, too weird, and too obscure to ever become the type of, “Destination FKT” something like the Grand Canyon Rim to Rim to Rim or the John Muir Trail are quickly becoming. And that’s totally fine with me. A litmus test is this: try to visualize exact what teh Highest Hundred challenge would entail. Kinda hard, right? What do you focus on? The distance, the peaks themselves, the elevation gain, the route? It’s a complex mother.

But, there’s a lot of reasons I think going for the Colorado Centennials by bike and by foot self-supported makes a totally life-changing challenge, even if you don’t make it your own FKT.

END_OF_DOCUMENT_TOKEN_TO_BE_REPLACED

Before I completed my first self-powered Longs Peak Duathlon (after a few failures) from Arvada, I knew of only a few others I was certain had made the trip: Bill Wright, The Briggs Brothers, Stefan Griebel. I never thought about who the first people to complete the feat were – perhaps the names were lost in mountaineering history?

END_OF_DOCUMENT_TOKEN_TO_BE_REPLACED 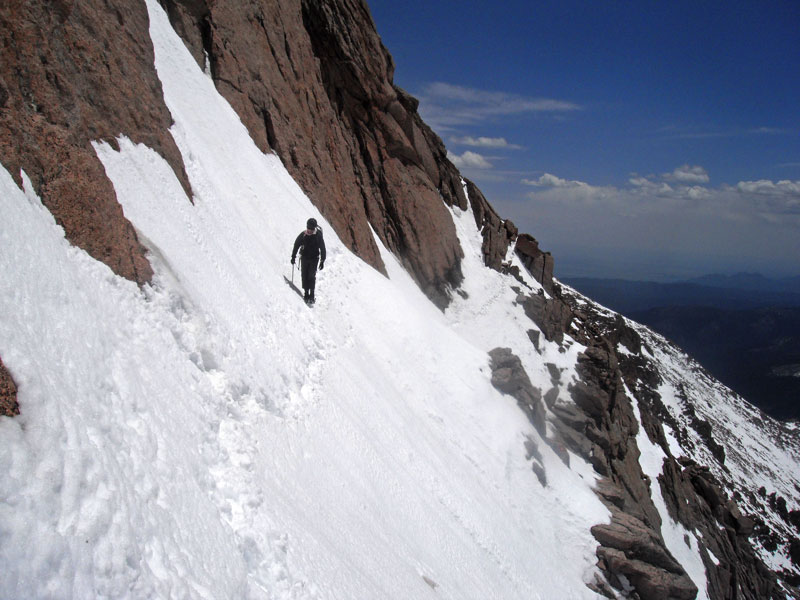 
Mountains can be easy to climb, or they can be hard. It usually has nothing to do with the rock and snow found on them. Only sometimes.

END_OF_DOCUMENT_TOKEN_TO_BE_REPLACED

Powered by Convert Plus