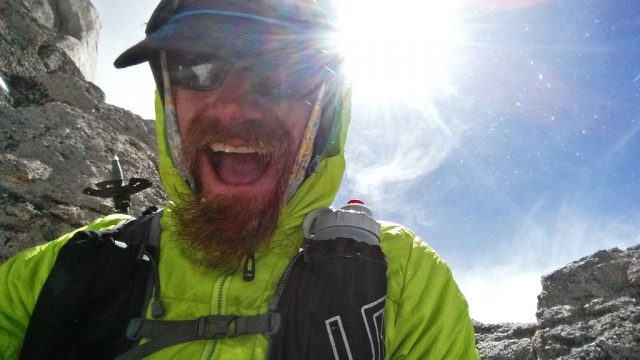 No rest for the weary! My buddy David perhaps jokingly asked me if I wanted to go for Longs, via the Trough on Sunday (“Those Centennials ain’t gonna climb themselves!”) and I naturally went for the bait, on the condition that I’d probably be lagging behind given the climbing on my legs already for week, after Everesting Green Mountain.

We arrived at the TH at around 7:30am, and were off. I felt just like I thought: pretty hammered, but as the morning grew, so did my strength, and the altitude really didn’t seem to affect me. The Trough showed some pretty scary signs of a lot of wet slide activity and a few intrepid boot and even snowshoe prints, so we went for it.

Slow going! We were sinking past our knees on most every step. I see why others opted for snowshoes, but man: are those things ever annoying to use on steep slopes. We made it to the top of the Loft before deciding to call it. David wasn’t feeling his best, and the Narrows looked slightly sketch, so down we went, plunge-stepping the whole way. I was a bit nervous as it was after 1:30pm, and didn’t want to cause a wetslide myself! Tried to glissade a few portions, but the snow was so deep and wet enough that I wasn’t going to fast or far.

I seemed to have completely recovered by the time we hit somewhat packed trail, and found myself running back to the trailhead with heavy pack in tow. Good sensations! Even though we didn’t make the summit. Ending the week with something like 37,650’+ (11475 meters) of elevation gained, which is a massive number for me. My usual goal is somewhere around 20,000′, so I’m happy to see that I can survive almost double without injuring myself! 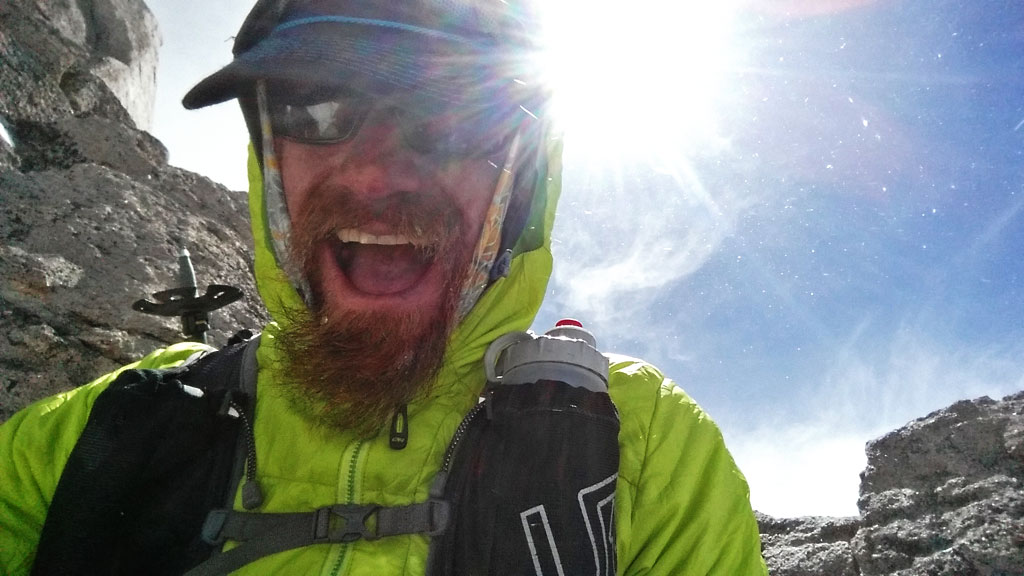