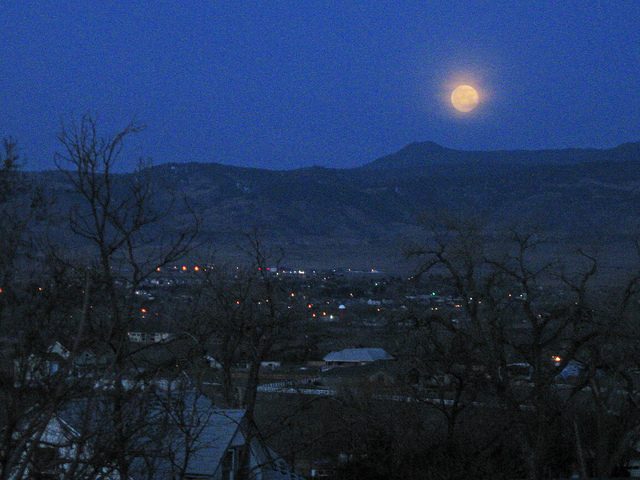 Sunday, I decided to join the Rocky Mountain Cycling Club in Boulder for their first Populaire of the season. A, “meet and greet” 108km ride, to get you acquainted in the strange world of Randonneuring – a French-flavored, ultra distance uh, “sport”, where various cycling routes are put together with a time limit to complete each one.

This year falls on the one of the every four years the Paris-Brest-Paris is run. The Paris-Brest-Paris is itself a 1200km ride you need to complete in 90 hours. To qualify for Paris-Brest-Paris, you need to go through a series of, “Brevets”: 200km, 300km, 400km and 600km I believe – all between now and mid June. Being a francophile as well as a bike-freak, a low priority of mine is to do the Paris-Brest-Paris ride in August, although a large barrier is in my way: the plane ticket I can’t afford. I also don’t know if my geographical area has all the needed rides – the organizer made lots of comments about how fun it is to travel around to various brevets. I’m not really feeling that, being carless.

But, the main goal of many of the randonneurs is to train for that 1200km ride in August and their goals are much like mine, except I want to do the distance four times in a row, self-supported and off road. By the beginning of June. Yes.

Since I live in Denver and the event is in Boulder and since I have an over-active imagination I thought to myself earlier that, “Hmm, wouldn’t it be neat to ride there, before the event starts at 10:45 in the a.m.?”

Totally doable – as I can rush to Denver in around two hours in a fairly direct route. But the over-active part of me then went, “Well, I’m training for this 2750 mile race, why do the easy way, why not go the HARD and unnecessarily roundabout way: up through Coal Creek Canyon, Nederland and down suicide Highway 119, into Boulder? THEN, do the populaire, THEN ride home?”

So, once thought, it had to be done.

Woke up at 5:00 am and gave myself about a half hour to get ready, went to my studio quickly to print out some things and was off at around 5:50 in the a.m, giving me around, I told myself, four hours to get to the event an hour early to sign up, plus around an hour of insurance, if I find myself slow. Great. And on paper, it seemed doable – ’round 70 miles a few, uh, thousand feet of climbing?

The ride afforded me both a incredible moonset of the super moon:

as well as a sunset, coming not a few minutes later 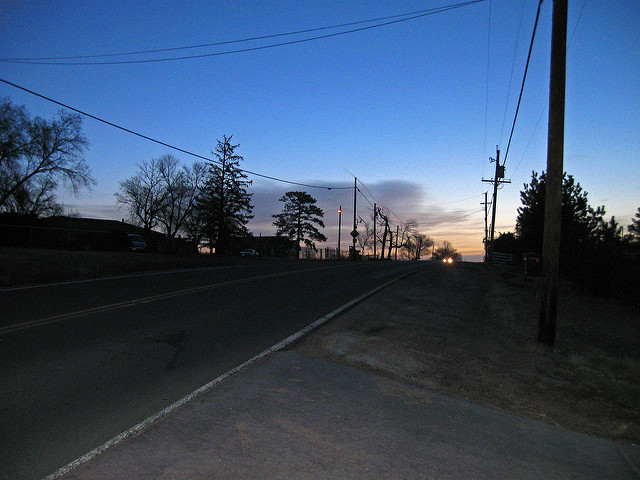 Even though it was early, the wind seemed quite interested in not making my time going up Coal Creek Canyon very easy, so it was slow going. Cresting up Wondervu did afford, as usual, a wonderous view of Indian Peaks, 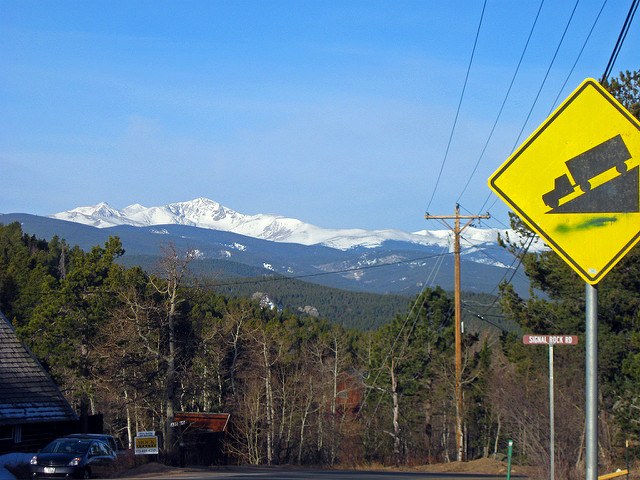 And a quick rest in the downhill. I got to the Nederland Bike Shop/Coffee shop a little after 9:00am, still with a good 20 miles to go. Going 20 miles/hour for a solid hour on a bicycle isn’t exactly easy, but I had 2,800 feet of elevation to lose, so I thought I’d give it a shot, after getting some coffee and a snack.

Surprised myself by getting to the meetup point just 10 minutes after 10:00am – signing in and being able to rest until 10 before 11:00am, for the official pre-talk. I intelligently used this time to nap. I was not in fresh shape, the gym work way back in Friday was still making me ache. Mini naps is certainly a tool I’m going to use with aplomb on the Divide.

The Populaire itself was uneventful – probably around 80 people showed up to ride, most veterens, I didn’t make many buddies (people were friendly enough – I’m just a freak). The whole thing felt kind of like, well,  work: a pretty basic and bland course going North, then, West, then East, then South (and then to the starting point), through rolling farmland and the like. A deadline to hit. Hadn’t much trouble hitting it, as I found myself in a paceline of people who can usually whip me straight when it comes to top speeds. Didn’t do too much chatting, my janky bike, BMX helmet and knickers kind of set me a part. I would have thought I’d find allies in the randonneuring crew with bike knickers.

Did my best to act as if I knew what I was doing in such a situation and learned a good deal in what was, admittedly, a much more chilled-out scenario than a trial-by-fire in a criterium race, where I’d be spat it and forced to crash.  Kidding. I do have a lot to learn, as many times when it was my turn to pull, I would leave the group well behind me. I guess I just get excited. I’d make a horrible teammate.

Regardless, made a pretty good time of 3hr 40 something minutes, I think for the 108km/68 mile course, especially with the wind situation being somewhat abrasive. Still, would have rather found a random road and find the col and then find the trial to the top of the mountain it sits on. Sigh.

I may pursue more of the series, just because, well, maybe work would be good to do. Checks and Balances. If this type of scenario makes me push my top speed while also pushing distances, I can’t really see a bad part about that. And once, (if?) I get a Tour Divide mountain bike rig, it’d be good to get some practice pounding out some boring miles in the time trial bars, all fully loaded and such. Would at least make me a spectacle and oh – how I love that.

Doing the Paris-Brest-Paris would also be a good excuse to return to France for an extended period, but the funds for that are simply, not there. The series also has a, “flèche” – which is a twenty-four hour ride to see how far you can go, which greatly appeals to my, “death or glory” attitude, but lo – you need a team and I’m such a loner, it’d be hard, especially as a rookie randoneur to find one. Someone – anyone, ask me if you’re entertaining the thought of doing this. Want to at least try for a minimum of 400km in the 24 hour time. Not really thinking about sleeping, just literally a 10 mph pace.

After the Populaire, I took a break and visited, “The Hill” near the CU Boulder campus and passively dealt with the brass misogyny of the local folk, who talked about their exploits as, “dumb bitches”. There’s always something about Boulder that makes me glad I don’t live there, anymore. Bought a burrito and rested my tired – very tired legs.

Made it back to Denver along the easier, more direct way, mostly with slow-going energy that somehow was still able to propel my aching legs. Turn out to be 170 miles after another stop at the coffee shop to get some, “work” done before the night was out.