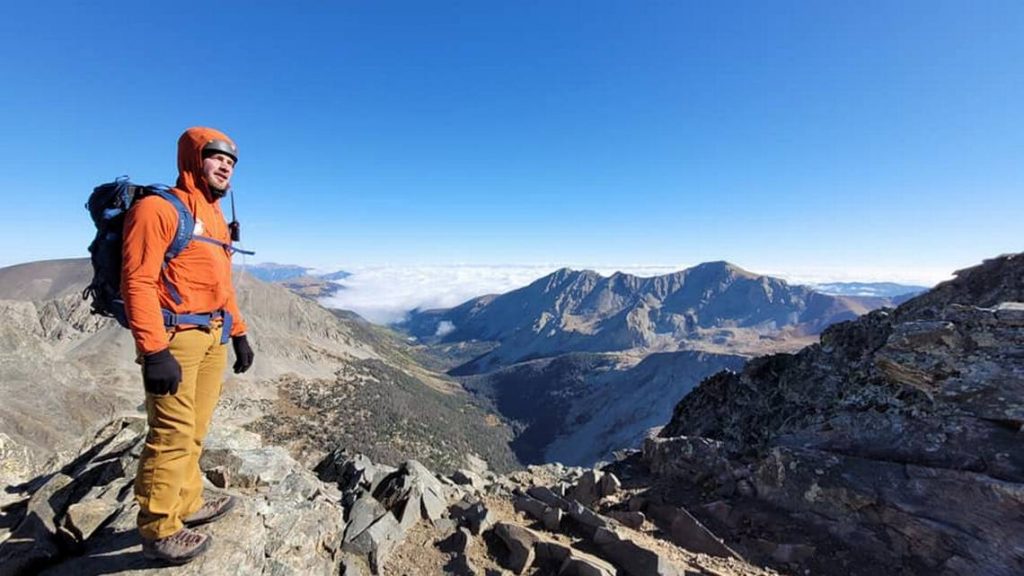 Needing no introduction, I was still extremely impressed with Anton’s performance at Leadville this year. I can certainly relate to the struggles of chronic injury (can’t we all), but putting in such a fast time, while also growing and developing as an athlete (climbing, cycling) the way he has is clearly showing his outliner-like talent. Chapeau!

Obviously Anton is a huge inspiration to me, but his and Stefan’s Longs Peak Tri is All Time for me,

A cheesy (in retrospect) documentary exists of the first free female ascent of the Naked Edge with Lynn Hill and Beth Bennet:

I do love me a good Rocky-esque training montage.

I don’t know Matty personally, but living in Boulder, I see him often at the gym. I know his father Steve a little better, as I’ve worked problems in the gym with him (he’s undeniably a stronger climber than me). Funniest Steve story for me is talking about Indian Creek, and him wanting to know if anyone really goes there. Steve put up some of the most classic routes in Indian Creek, flying into the area, and approaching the climbers by motorbike before most anyone was interested in checking the area out.

Anyways, this just seems a proud accomplishment at a grade I can’t even comprehend. If you watch him climb, you can tell he’s just on a different level.

This was pretty unreal to read about, mostly because it was his girlfriend who broke the news, and Pawel didn’t seem all that interested in letting people know. I wasn’t sure if his girlfriend was clear on what he was doing, or if he summited every 14er, or just a bunch of them, or if he was doing a true self-supported thru-hike. There was a lot of questions I had on what he was doing – mostly because he was just doing WTF he wanted and I can certainly respect.

Since then, Pawel did an excellent interview on the FKT Podcast, which you should check out,

I haven’t even been able to make myself watch the above, but Paul has done something extremely risky. As a lover of CO ridge traverses, I haven’t been able to even think about doing this specific ridge myself. One day! (…maybe).

I’m for listening to those that suffer from depression and suicidal thoughts. I can absolutely identify with the feelings Lucas writes about. Life isn’t always so easy – the Pandemic, the 2008 Housing Crisis, 9/11 (which for me was book ended by the loss of both my parents) – I’ve wondering myself just what is going to put me over the edge. Thankfully, there are people in this world who have given me their love and support, or I don’t know what I’d do myself.

The French call it L’appel du vide, “the call of the void.” It’s the feeling of standing near a cliff’s edge and wanting to jump off, of wanting to swerve into traffic, or the desire to stick your hand into a fire. Researchers suggest that people with higher levels of anxiety are more prone to these feelings. There’s evidence to suggest that the call of the void stems less from suicidal ideation than from a desire to live, to come close to the edge and step away. Stanley, Dean, and Graham all answered the call of the void. They stepped off the edge. And they died.

It’s tough for me to read stories of very skilled and experienced people having fatal accidents in the mountains, especially on terrain I myself have just covered.

David Roberts recently passed away last August. It’s a name I somewhat knew, mostly from a short story/chapter of him and his partner climbing the First Flatiron from his book, On the Ridge Between Life and Death, when he was still a teenager. What I didn’t realize before his passing is his intense climbing career and resume, or the fact that I’ve met him not once but twice! I went to talks of his for two of his books, Alone on the Ice and, Finding Everett Ruess – the former which I’ve read (it’s great). I have to remember to pick up a few more of his books this Winter to read.

But there were no cracks for our pitons. That was the trouble with the First Flatiron – with all the Flatirons, those massive tilting slabs that stared east from Green Mountain over the mesas above Boulder. Eighty feet up, Gabe sidled left around a protruding arête and passed out of sight. Still he had placed no protection, so as I fed the rope out, I knew my belay was worthless.

David Roberts, On the Ridge Between Life and Death