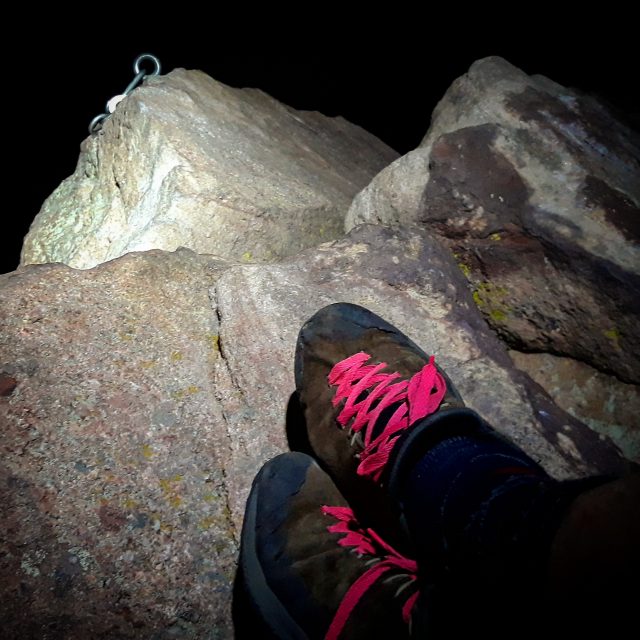 Jamestown to Peak to Peak

An early-morning bike ride to a photo shoot, then riding back afterwards. I was a full hour early to the shoot, so I used the time to explore the Camp Dick area – a place I’ve never been to, but a place my upcoming 14er Bikepacking guidebook will most likely cover. Looks real promising!

I powerhiked to the base of the First, but there was a party on the first pitch, so I thought I’d give them some room and headed off to do the Second, then Sunset before trying my luck again. The first pitch looked clear, although someone was about to set off following the second. That’s workable. After topping out, I summited Green, then trotted it back to the TH via Gregory Canyon. A great day out there.

I got to the base of the First at around 10:30pm, and with slight trepidation, started up. I think I had previously done the First at night during our Flatiron Classics go, but it was along with Peter, and the dawn quickly came. I certainly knew the route well-enough and the climbing is easy – it’s just a matter of staying calm and remembering to breath. I’m not a daredevil by any means – I do things in very calculated, measured amounts. It was nice to get to the point of doing the First at night. Another unforgettable memory made here in the Flatirons.

Midnight hike up Green Mountain for the third time of the week. It had just thunderstormed, so everything was damp, cool; the only sounds were of little droplets of water falling from the pine needles and leaves around me.