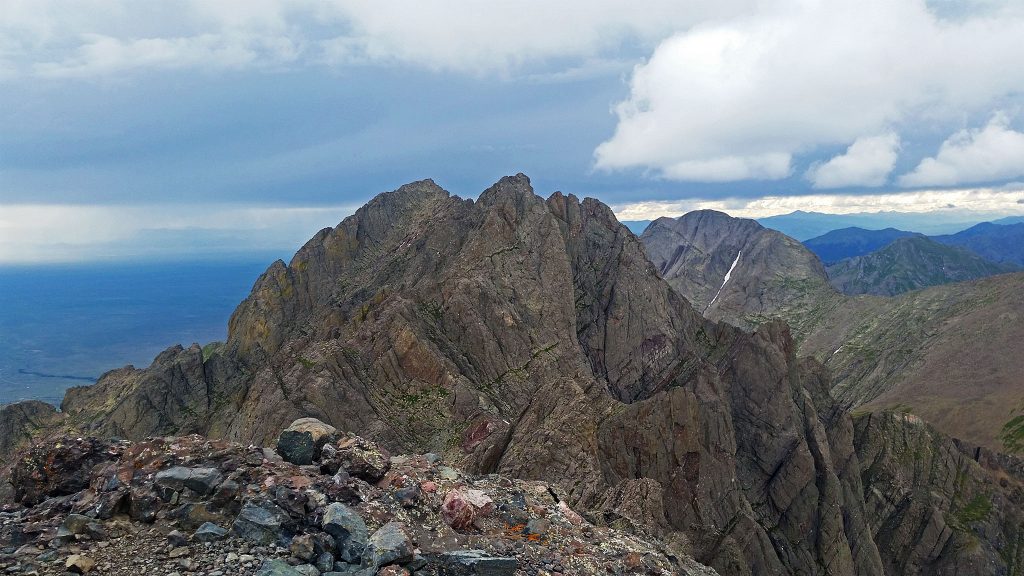 Fastpack Has Been Completed!

Here are the details of the entire trip!

I’m expecting this plan below to be wishful thinking, as projects like this seem to delve into a seemingly uncontrollable chaos after the first minute. But in the chaos, one will find a strange type of order. Each day is approximately 20 miles. Day 1 and Day 3 are absolutely the crux days.

I’ll be taking public transportation from Boulder, CO to Alamosa, CO, as I do not own a car. This will take approx. 10 hours of bus time. Once in Alamosa, I’ll be probably hitchin’ it to the road, or taking a 20 mile prologue of a walk. I’m actually excited of this sort-of side-quest to explore how a peak-bagger enthusiast (like myself) can use public transportation (most notably the Bustang and Bustang Outrider CDOT services) instead of a car.

I think I’ve proven this already in my Tour 14er and Tour of the Highest Hundred projects, that one does not need a car to enjoy summertime mountain activities in Colorado – the access is really incredible for self-powered travel.

Once in Salida, I’ll be taking the same network of buses back home.

I’m planning to start early – very early at the beginning of the Lake Como Road and Highway 150. Nick Clark/Cam Cross started higher up at Lake Como – I’m not sure why that was, but starting at the base of the range itself will add 7.25 miles and 4,000′ of elevation to the route. I’m also planning to take the Southwest Ridge route, rather than the standard route (Hourglass). I find the Hourglass dangerous, and well: if the whole grand idea is to stay on the ridgeline, it makes sense to start on a ridgeline, too. Both routes are of similar technical difficulty (Class 4).

Ahead of you is one of the main cruxes of the entire line: the Little Bear/Blanca Traverse (low 5th Class). I’ve done this traverse twice – and once with a pack with two days of food and overnight gear, so I feel I’ve got a handle on it. Still, it’ll take upwards of three hours to do this one mile.

Some relief will be found after summiting Blanca, and then crossing over to Ellingwood. I plan to easily source water from near Blanca’s northwest face, melting snow with a stove I’ll be bringing. The line gets gnarlier again once at the summit of Ellingwood. A Class 4 knife-edge route across several high 13er points awaits, finishing with California Peak (a centennial).

Once at California, the ridgeline relents, and I’ll drop some massive elevation towards Mosca Pass. At around 23 miles in, this will be my target for finishing Day 1.

A bit of a reprieve, Day 2 will see me on more friendly terrain, with a summit of first Mount Zwischen, then after a few miles of undulating terrain: Blizzadine Peak/Blueberry Peak/Snowslide Mountain will be found and summited in quick succession, then I’ll be finishing up near Music Pass. Around 40 miles into the route, this day will be less mileage than the day before, but should give me a little insulation against coming up short the previous day. I haven’t done any of this part of the route before.

Out of the frying pan, into the fire. The Crestones begin after Music Pass, with Marble Mountain and Broken Hand Peak. Then it’s up and over the Crestone Peak to Needle Traverse.

If the weather is holding, it’s time to get summit Obstruction Peak and attempt to link up Obstruction with Mt. Adams (a Centennial). The ridgeline between the two should be loose, challenging, and quite committing.

Marble Mountain marks the point at which the route will be above 12,000 feet and thus above treeline for almost the next thirty miles. This leads to a lot of challenges. Water may start to be hard to source unless one drops off the ridge, and weather/lightning storms become a very critical issue that cannot be ignored.

I’m not quite sure where exactly to bivy in this area. My gut feeling is to run the hike out as far as weather permits, but the 60 mile-ish mark to get the needed mileage for the day is at around Peak of the Clouds/Hermit Pass.

If Hermit Pass can be made on Day 3, the next pass, Hayden Pass, is less than 20 miles away and makes a good target. Hayden Pass tops at ~10,700′, and marks the first evidence thatthe ridgeline will be coming down in elevation.

Nothing left to do, but finish up the line! As Nick Clark writes, “by this point, you can smell the barn” A mad rush to Salida for burritos, last call for a local brew, and a frigid swim in the Arkansas!

Best of luck Justin! You’ll crush, no doubt. I’ll be thinking of you.

I’ve thought about doing this when I lived in Colorado back in 2011-2012, but wanted to also add the southern half of the Sangres all the way to the Philmont Scout Ranch area. Never got around to it but now that I am moving back next year maybe I’ll have to revisit it! Excellent work on this trip Justin.
How on earth did you get 5 days of food, at 4000+ calories per day down to 13 pounds?? What are you eating??