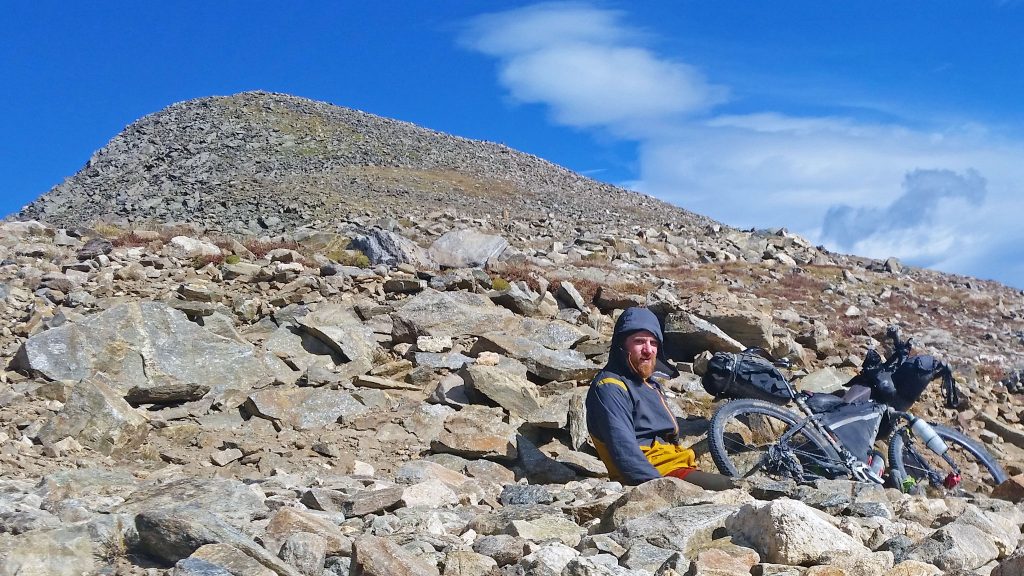 Header image: Argentine Pass just a few days before finishing. I was, it seemed, a bit tired.

It’s been 22 days since I finished the Tour of the Highest Hundred. I’m asked often what recovery looks like for something like this, and when I think I’ll be 100% again.

Let’s step back, and clear up the air. Get rid of any myths about putting yourself through a gauntlet like the Tour of the Highest Hundred: It’s a terribly unhealthy, fool-hearty endeavor to do so much, so fast. You risk the onset of serious overtraining syndrome at best, and completely preventative overuse injuries at worst. The only thing that keeps you from seriously and reputedly causing long-term damage to your health is that you will, in the end, stop doing it and give your mind + body the rest it so terribly requires. This is really true for any ultra distance event. Racing one hundred miles can be done in a day and is pretty horrible for your health – how long do even the most elite runners need to fully recover? Keeping on for 2 months is, I think, a fair bit worse.

Even when grinding myself into the ground, I had the fantasy that if I could just get a good block of rest, then do a little bit of training to polish things up, I could come back to do something else quite amazing: set the FKT for Nolans 14, or something like that. I bumped into Meghan Hicks along with Brendan Leonard and Hilary Oliver in Buena Vista – kind of out of my mind (OK: really out of my mind) and I mentioned this. Meghan’s response? “That’s fucked up“.  It really is wishful thinking, and probably is patently wrong. Sixty days with little rest is a big ask from any body; then asking it after  just a few weeks rest to do something yet again phenomenal is only for the most carefully dreamt dreams. 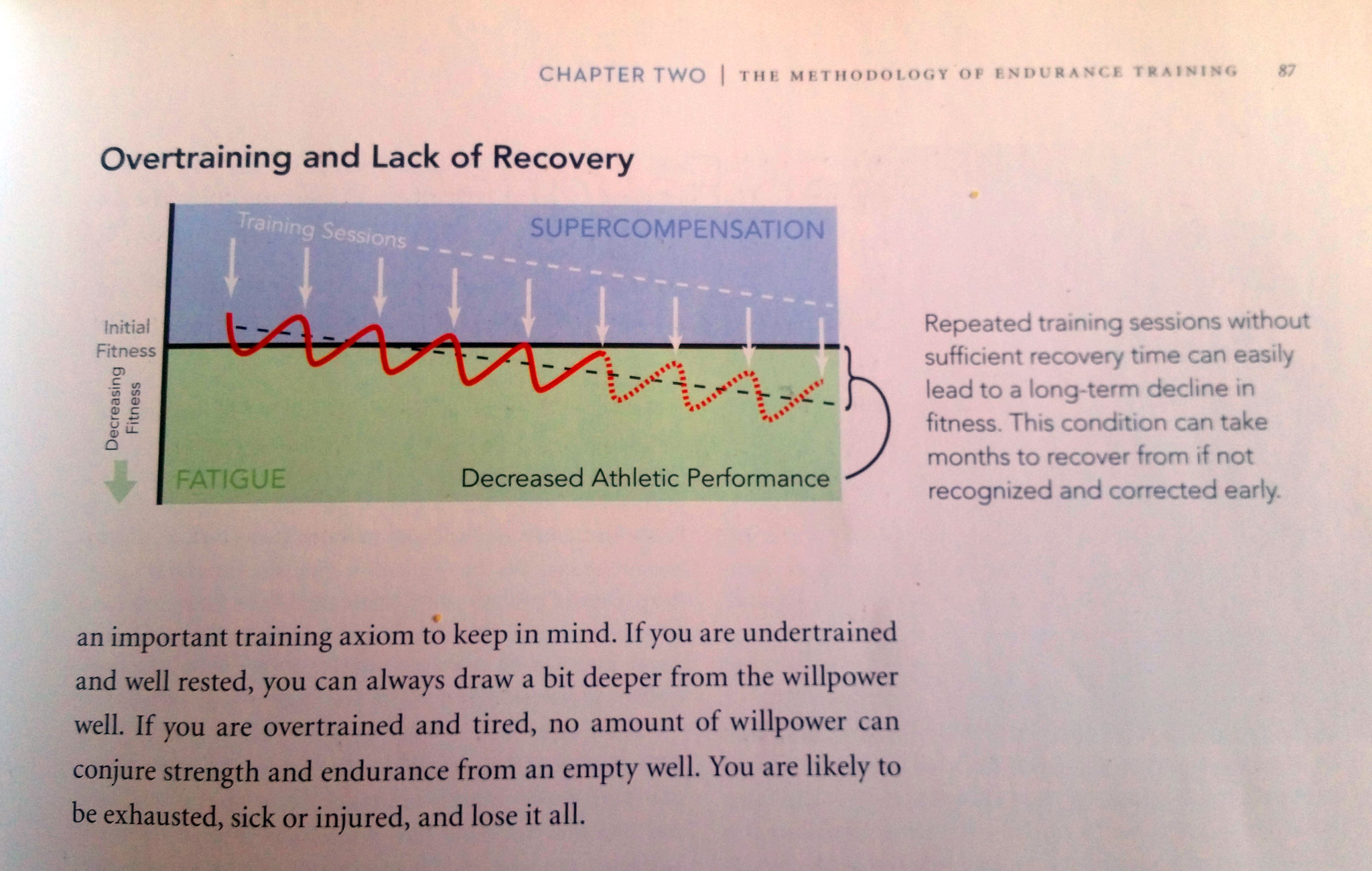 I felt I was smart enough to somewhat temper the problem of overtraining by splitting my tour up into two equal parts. The first half I would take it somewhat more easy,  have more rest days, stay in more hostels. The second half I’d be a bit more cavalier over my daily exertion and cut corners with the amount of sleep I got. I can’t say in any surety this is what I did, or if it was, that it had a good effect. The Tour of the Highest Hundred is just too complex of a challenge to slice things up so roughly.

When I initially finished, what I most experienced was just complete exhaustion. I stayed in bed, mostly and if I tried to push it and stay conscious, I would just fail after a while and find myself sleeping wherever I was –  on the couch, mostly. There were a few days in a row I didn’t leave the house! Sleep quality was shallow and terrible. I knew things were getting better, when I started getting anxiety attacks! Even though they were unpleasant, at least they were a type of emotional other than numbness. This took a week or two to achieve.

Tonight, I sit on my bed, after doing not much of anything today – not much of anything for the past week+. I woke up dizzy, and stayed that way for the entirely of my day, same as yesterday – same as the day before. This really prevents me from doing much of anything other than baseline “being awake” and, “breathing”: no hiking or climbing; no riding bikes or dare I even suggest: running.

Seeing that it’s been three weeks after finishing, this seems a little out of the ordinary to be quite honest. I’m a stubborn bastard with a high pain tolerance, but even I think enough is enough – I should be feeling a whole lot better by now. I’ve taken my vitals and my heart rate and blood pressure reflect that of a fit mid-thirties dude. Sometimes if my blood pressure is too low, I’ll have dizzy spells – same when my already-low heart rate dips even further down. I’m not dehydrated, either. Or if I haven’t eaten in a few hours. I’m fearing the worst I can come up with: some sort of water-borne parasite like Giardia or even Lyme Disease. I may have to go to the doctor for that one. Forced rest, I suppose.

Not that I needed any more motivation for that. On my last day, after summiting the last mountain of my tour, Longs Peak (#105), I managed to slip and sprain/impinge my right ankle in the Boulderfield. Sweet mercy. I hobbled down the last few miles, making the the most direct line I think I’ve ever managed back to the trailhead, but hell if it didn’t hurt to even hobble in the most strange and unusual ways. Hopefully, it’s not also a fracture. Who knows, really, but it’s a little nerve-racking to see my foot still swollen from the trip. To be generous, both feet are swollen, which only shows to prove just how much I kicked my own ass. If I look at the trip holistically, it’s a complete miracle I only sprained an ankle, and when I did, it was 6 hours before I finished the entire tour.

Other than feeling completely zonked mentally from the Giardia-like illness, and being able to only hobble around on one good, yet beat-up foot, I’m doing alright. I’ve gained most of the weight I’ve lost. I haven’t walked more than 100 steps at one time except around a grocery store, but I can ride my bike 10 miles in a day and it doesn’t feel too bad for the foot. Climbing is a different story. My right foot is lacking flexibility, but two months off from hard training kind of feels as if you’re starting from square one. Every time I go train, I feel much more fit than the last time, which is reassuring. Entirely understandable that I’ll have to make up lost ground and gain fitness again. Although I prefer bouldering, I can’t think of anything more destructive to a seriously hurt ankle than to repeatedly fall on it in creative ways as one is to do bouldering.

Only until I can get through this dizziness/lightheadedness issue will I be able to focus on recovering physically. At this point, with this much inactivity, I’ve lost most of the short term adaptations I’ve made being up so high for so long. Instead of thinking I’ve done a super intense training block, it’s better to think I’ve instead gone through a very traumatic event, and I’ll need to start from a fitness level far below where I was even a year ago. It took me three years to feel ready to do the Highest Hundred tour after doing the 14er tour, remember.

To be a bit kinder to my body, I’ve focused, if not forced myself to start a fairly consistent yoga practice, which I feel is doing wonders towards uncrippling my body. My shoulders and hips are opening up again – both get pretty tight cycling, and I doubt hiking/running/backpacking do much good when taken to such extremes. Sleeping on the ground for that long isn’t always for the best, I suppose – I had a few days where my pad would deflate in the middle of the night and I was left on the lumpy ground (I manage to fix the leak after a few tries).

So that’s what I’ve been feeling lately. I’ve tried my best to persevere, but if I’m tardy on getting back to you on our correspondence (or, whatever), I apologize, I’m doing the best I can, and I hope to only get better as time goes on. I bought this ticket and this ain’t my first go-around, so some aprés suffering is just a part of it, which I’ve tried to at least anticipate.

I’ll try checking in after a few more weeks, perhaps I will have interesting news from a doctor’s visit.