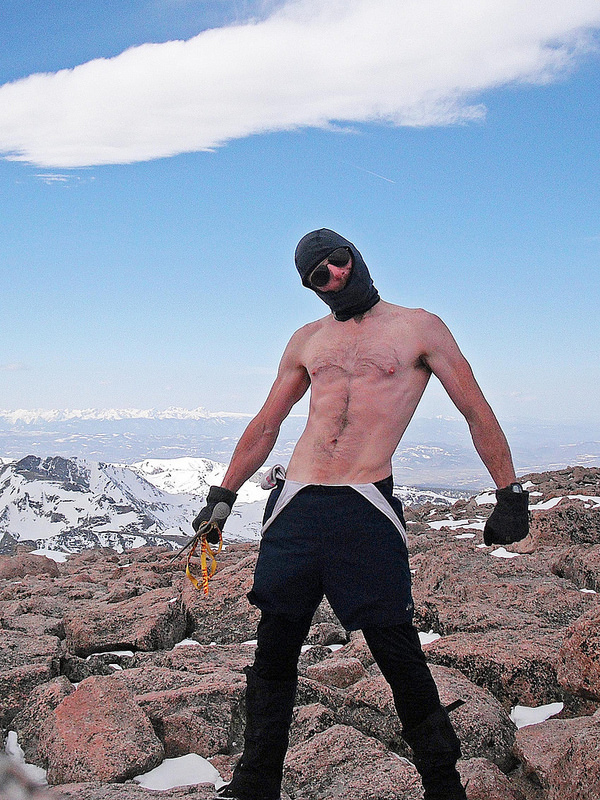 One of my mini projects this year has been to ride to the Longs Peak Trail head, and summit it, via they Keyhole route. I’ve now done that three times (once, in Winter), having tried about six times to summit. My method to do this, as they say, is now pretty dialed. One direction to go from here is to see how fast you can do this as a personal challenge. Another goal to hit, is the fastest known time to complete.

The current FKT for this is fairly low  – 10:31:00. The setter, Peter Bakwin readily admits this as a soft time, and sees it merely as a placeholder, until someone comes around and sets something a little stouter.

My current time from Tuesday is around 13 hours. Is it possible for me to shave off 2 1/2 hours? It seems like a stretch to say, “yeah“, but I’ve got high hopes:

Friday I did the Duathlon as well, with a time of around 16 hours. Between Friday and Tuesday, because of being a little better prepared, and having the conditions being a little better/faster, I shaved 3 hours off my time (was I really fully recovered?). When I originally did this in March, my time was 19 hours. Each time I go up, I’m taking off 3 hours. There’s obviously a limit to this and my downward time trajectory will stop being so exaggerated, but I haven’t hit it yet.

One free/cheap way to keep getting faster, is just to let the snow melt: I can leave my snow climbing gear (crampons, ice axe) at home, shaving off pounds off my load, as well as necessitating taking less gear for the cold conditions and the trail is going to be faster: slogging in snow is fun, but slow and energy zapping.

I could also borrow an actual road bike, with feather-light components – the road to the trail head is all paved and in fairly good condition. My bike right now tips the scale at 27 pounds.

Not to say I’m a weight weenie, but the trail head from Boulder is almost a vertical mile up in elevation. Take 15 pounds off your load, and anyone will go noticeably faster. Peter was nice enough to share his time splits – he notes that there was much lounging around at the trailhead/summit to well, lounge and to transition, so the total here only adds up to ~9:40:00 –

My splits from Tue, look a little like this:

My hike/run times are much slower – almost twice as slow. I’m not going to get super fast in a month, but the conditions will get better and the course will be faster all by itself, so I’m not worried – if I compare myself to other runners around time on some of the time tested segments around Boulder, I’m up there (surprisingly).

My bike times are on par with Peter – only a little slower coming back. I’ll concede that Peter is much, much stronger a runner than I will ever be, and he’s very adept at technical terrain, but I’ll wager my cycling prowess any day. Given that I can better my ride times simply by riding a much lighter, faster bike (as I’ve explained), things are looking good for my next shot.

Another funny thing for me: I actually took two ~20 minute naps during my last go at it: Once at the trailhead, and once at the Agnes Vaille shelter at the Keyhole. That’s one way to take off 40 minutes, right there. I just have to get a better “night” sleep, beforehand. I also took around 20 minutes on the top to take dorky picture and look around – it’s simply an incredible place. But, there’s an hour. Now, I just have to find 1 1/2 hours to better. It starts to become very doable, very quickly. I’m stoked to try an actually go at this.

To play “what else is possible”, Bill Wright notes on his well-fleshed out, but sadly out-of-date site that Neal Beidleman and Kevin Cooney have done the Duathlon via the Cables Routes (more technical, but much shorter – by about 2 miles RT) in 7:28:00, which is 3 hours faster still! How they pulled that off, I don’t know, especially since their splits:

Show a pretty strong bike up/back. Perhaps they knew how to draft each other pretty well. Neal Beidleman has summited Everest as a guide (in 1996, no doubt) – no slouch. Cooney’s experiences also speak volumes:

According to this, Beidleman/Cooney have done the Diamond on Longs Peak, biking it from Boulder  in 10:40:00 – pretty insane – only three hours slower than taking the much, much easier Cables route. I can’t touch these guys’ alpine experience, but I could probably outrun them. So, the Diamond: maybe another time, but the Keyhole Route, and maybe Cables afterwards, def. within my grasp, if I play it intelligently.