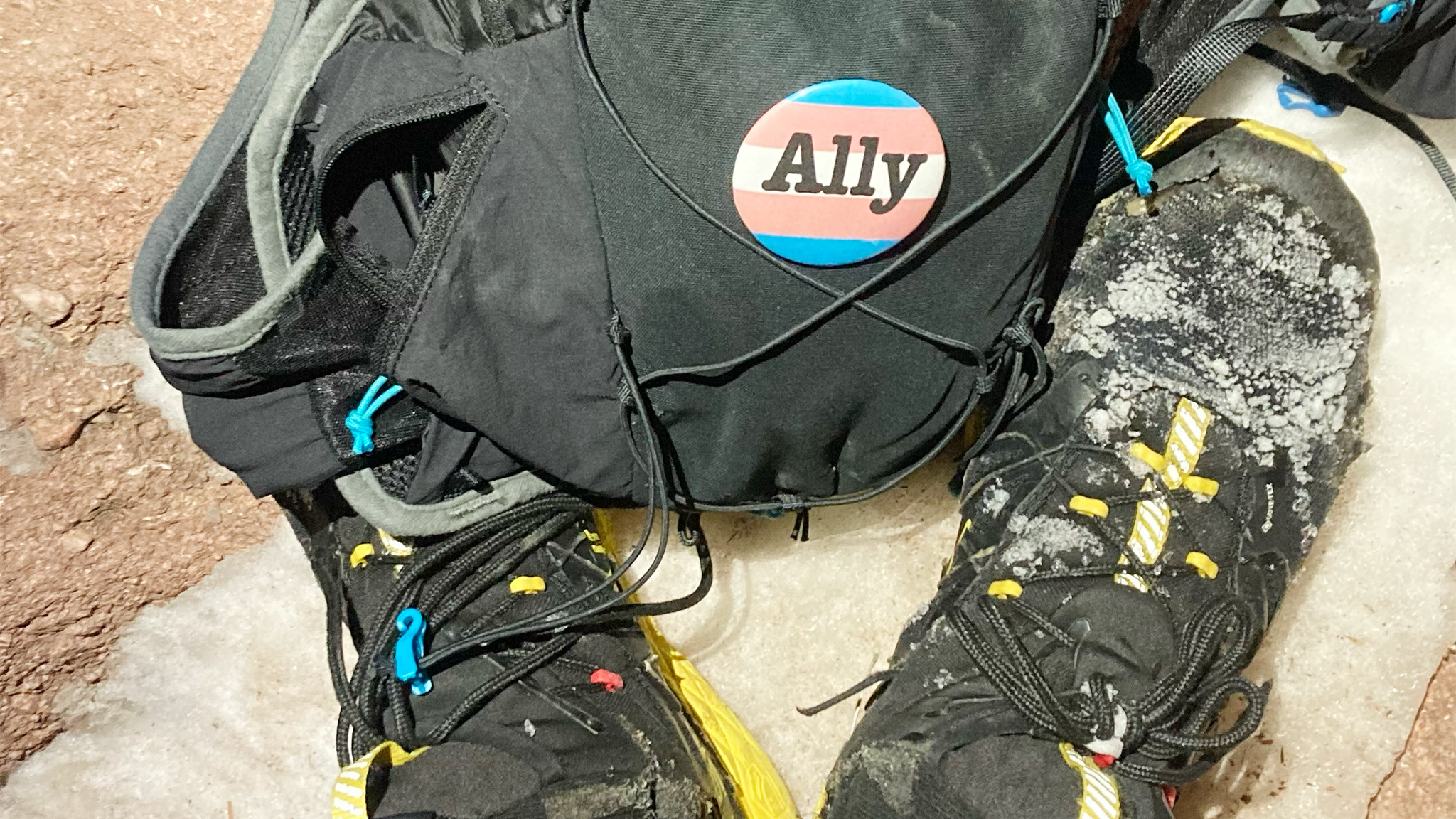 Revisited the V5 I started working on last week on the 45 degree wall. Figured out the fairly scrunchy start for me, as well as a better idea for the crux (after watching someone else last week). All came together today. Then moved to another V5 and start finished that one fairly quickly. Moved to a V6 arete, but was pretty tired at that point – will have to revisit. Finished up trying a tricky V4 int he cave, but no-go. Honestly, felt a little fatigued from wallowing in the snow yesterday.

Tough getting out the door, as it was late and my ADHD-level was at around 11. Good time on the hill, not super cold and I was well overdressed. Needed another gear photo taken, so before I took my run, set up at the trailhead. Didn’t expect a weirdo at the trailhead there as well trying to screw with me, but I guess there’s a first for everything. Ignoring seemed to be an OK tactic in this case, as I can’t even.

Back on the 45 degree wall to refine the V5s I’ve been doing and hop on some V6’s. No real fireworks on the V6’s – they’re hard! Did a slabby, comp-style V6 that has some weirdo coordination moves on a different wall as a consolation prize to my ego.

I actually planned to do many laps of Green Mountain, but after just one, my legs and my head just weren’t into it. Very strange.

Still not feeling the greatest, and with deadlines looming…

This was a difficult session for me. I’ve been having a very hard time with concentration lately and it turns out you need to concentrate a bit when bouldering. I’m having trouble filtering out what’s going on around me – it could be just someone walking behind me (or another benign action) and that’ll just throw me off my game. I’m also not feeling as strong as I usually do, which only adds to my frustration.

I retreated into the cave area, which was fairly quiet, and tried to do a V4, which I couldn’t do! It’s a tricky problem, but should be well within my abilities. Something’s up…

Afterwards, I bought some L-Theanine to try to offset coffee jitters I get from overindulging, and a pair of noise cancelling earphones, which are a big game-changer when it comes to concentrating on what’s in front of me, rather than the conversation happening across the gym.

It’s been a long while since I took a rest day, but my crappy performance bouldering yesterday makes me think I should.