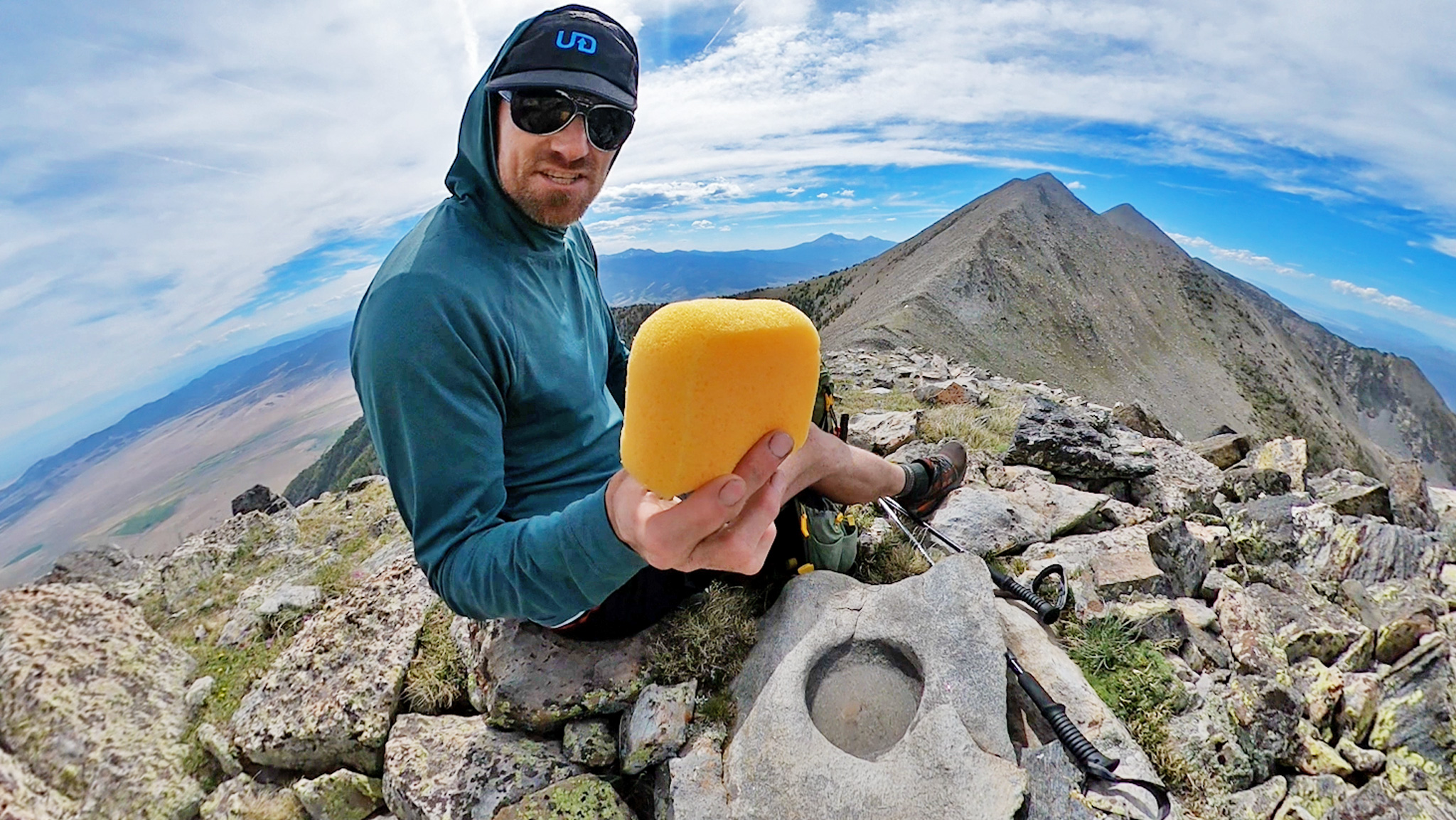 On my recent failed Sangres Traverse trip, I made some pretty deep cuts into the gear I brought along, in the name of shaving weight. When you’re route has 60,000′ of elevation gain in only 120 miles, any weight you can drop from your pack is welcome.

One my first successful Sangres Traverse, I brought along a fairly hefty stove (MSR Reactor) and fuel to melt snow to make into water. That worked well – until I ran out of fuel, then I was back to scavenging water when I was lucky, and snow when I wasn’t. My water flask was also somewhat insulated, which didn’t help with me getting a phase change happening all by itself. That was a pretty big oversight on my part – I had just brought along what I already owned.

My stove + fuel weighed 672 grams or almost a pound in a half – and also took quite a bit of room in my small 45 liter Fastpack. I was going to attempt the traverse again with a pack that was 5 liters less, so getting rid of volume was also an area to work out. Could I make the trip work, if I left the stove at home – and if so, what other adjustments would I want to make?

First was to get a better, non-insulated water flask. I’ve been using the Sea to Summit Watercell X, and it’s done a fine job of surviving me, having not developed any pinhole leaks – which most every other flask I’ve ever owned has. That alone gives me enough confidence to suggest it to you. It’s also black in color, which should absorb more solar radiation than a clear one. It also (albeit barely) fit in my outside pocket, so I could keep it out for hours on end in as direct sunlight as I could while moving, rather than somewhere inside my pack, being insulated by the layers of gear I had around it. Without a stove, I had only two choices when it comes to getting water: melt it passively from snow, or find it on/off the route. Maybe this water flask will help with option #1.

Snow was going be hard to find though, as this year is much, much drier than 2019. Still, I needed so little snow to keep my hydrated, and I was sure to find something out there. If I failed, there were water supplies off ridge, even if I am stubborn to go down and grab it. If I was going without a stove, I’d have to learn to be comfortable with that.

But what about finding small trickles of water coming off of snowfields, secret springs seemingly out of nowhere, or the odd natural pool of water? All these would be better than waiting for snow to melt, but are also extremely cumbersome to grab using a water bottle or flask. Here then comes a master stroke: bring a sponge!

A sponge can go into areas where a bottle cannot. Ever been to a small creek and can’t grab water from the flow? A sponge can sponge that up, no problem. Spring too deep? Sponge it out – sponges can mold to the area you’re trying to get into. Is the trickle coming out of a snowfield annoyingly slow to hold a bottle up to? Put a sponge at the bottom, and take a little nap. Find a natural, albeit very shallow pool? That’s sponge heaven.

Surface water probably should be treated, as they could also have been used as sources for other fauna that may live in the area – something like AquaMira is what I use. Premix some in the morning, then you don’t have to do that chore during the day. Keep the premix in a light-tight dropper and within arm’s reach.

I grabbed the sponge I used myself at the Home Depot – “highly absorbent” seemed to be the ticket. I certainly don’t need something with a scouring side to it. You could even use a natural sponge if you think you may lose it on the trip and don’t want to litter. I cut mine down by half – but I could even see going smaller. Keep it in a ziplock bag, which could help compress it a bit down for easy packing. Not bad for a few added grams to the kit.

You could even use something you’ve already brought as a sponge – like a Buff or a shirt. In a pinch, this would work, but I suggest an exclusive sponge just for this task. Don’t know ’bout you: my Buff absorbs many of the things I don’t want in my water, including sunscreen and is also perhaps treated with Permethrin – neither I want in my body.

In the end, I only used the sponge once on my trip – it was that dry out there. And, my trip was only two days on the ridge before I was forced to drop down. Still, the experience left me impressed at the utility of a simple sponge. Give it a try.