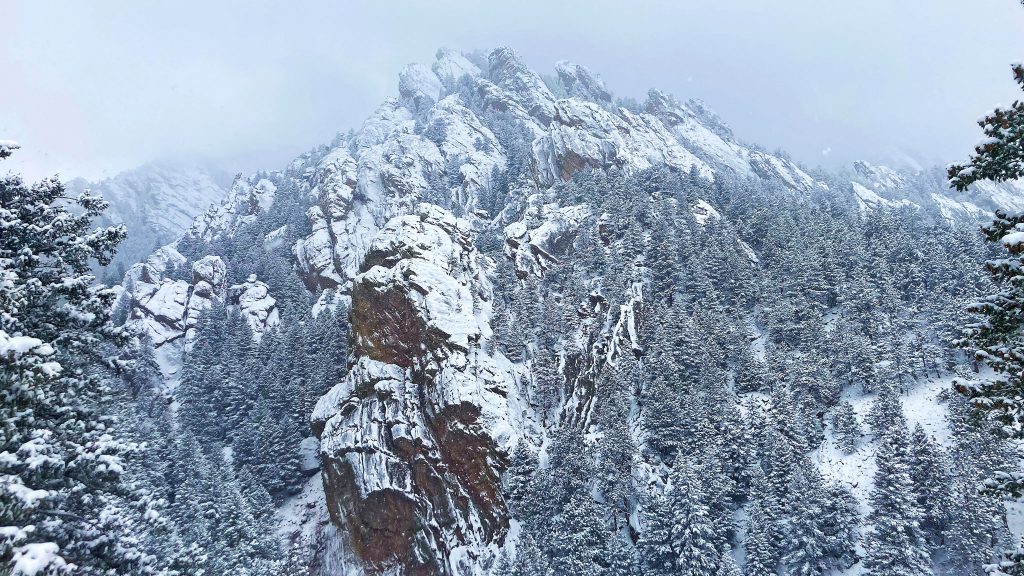 Nothing crazy, just getting a solid set in.

Got psyched up and decided to look at a V8 problem. It has the qualities that may make a top by me successful: not too steep, tiny crimps, somewhat techy. Made a little headway, but there’s still a lot more to go!

Floundered in the snow for a little while, all in good fun. Ran into these turkeys,

Good times, just putting in the work. Warmed up ’til I did all the V6’s I’ve been able to do, then worked on a tricky V7 I’ve had my eye on. Left the V8 alone for a little while – it’s tough on my fingers.

On March 4th, I marched forth up Green, taking my now favorite steep/short route up to Saddle Rock to the NE Ridge. A good time – still snowy up there.

Warmup felt pretty rough – I’ve been hitting it pretty hard. Fingers felt a little tweaked. But once I finished up my warmup, I was at my peak. Two V7’s topped that I’ve never been able to do – a very low gravity day.

But I am having a problem with deadlifts: my grip fails – especially on my left hand. My grip strength should be phenomenal, as I’ve focused on grip strength for 8 straight years, so it’s probably just exhausting my grip actually climbing, before lifting. I may have to switch to a mixed grip, or get some straps. Mused that maybe it’s simply gripping while deadlifting that’s helping me level up my bouldering.

Bear Peak from the House

I wasn’t looking forward to riding a bike anywhere. Snow was falling, but it was also a bit warmer that things weren’t sticking – at least on the road, so any ride was going to be a bit of a wet one. Why not just start from my doorstep?

Turned out to be a good one. Nice jog through the ‘hood up to the NCAR road, then up some neighborhood access trails to Mesa, then onto Fern up to summit Bear. A little icy on the way up – I added a few sheet metal screws to my outsoles, which helped… me be lazy and not put on microspikes.

Took Bear Canyon on the descent, more to check out the new trail work than anyone. Those are some massive new switchbacks, making an already run-able trail even more. Microspikes were nice here and I kept them on until getting back to Mesa Trail. Lollipoped the rest of the route home.

As someone that’s been overloading on the steep for a while, it was nice to reassure myself that I can do more than power hike. Also nice to know I can do an easy effort run after a hard strength training workout. Hip flexors, if anything, were the only thing that felt a little worked.