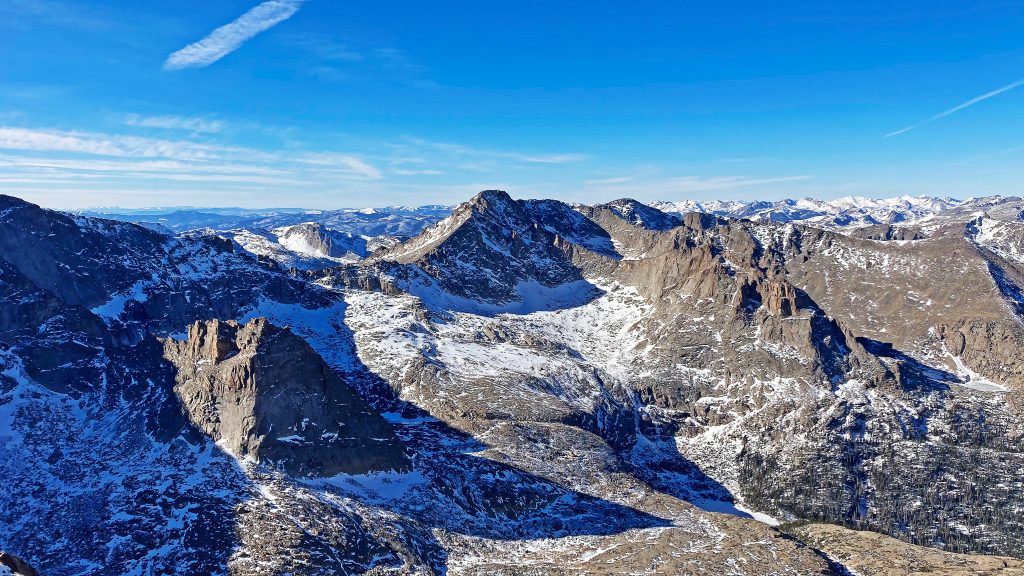 Just a nice ride before work. Getting used to my new schedule and one less responsibility in my life, so now morning stuff is doable. Hurray!

I didn’t have too many goals for the day, except to not tire myself out for tomorrow, where I had planned a much larger day.

I started again in the Amphitheater, and just did a tour of the classics (sans Slot). Nothing super new done, except a downclimb of the Southeast Face of the First Pinnacle, which I can’t really remember if I’ve done before or not.

Then, I moved on to do the Second, just to get into the Satellites area and to give a good go at the A-1 boulder. Unfortunately, the boulder was occupied by someone attempting Captain Hook yet again, and the flicking on their headtorch after the sun had set was a good indication that they’d be on it for quite a while longer. I fooled around on some problems on the nearby Mothership boulder – NE Corner seemed burly and weird, but I didn’t have the cajones to flip the lip. Just a few minutes into my fumbling that very same dude working on Captain Hook starting taking a piss on the other side of a smaller boulder I was standing on, so I got a little turned off with the area – but not after throwing a pine cone in their general direction.

At least attempted to. Wasn’t feeling all the great, and then I got a split in my left hand in a bad spot, so that was my session. My hand got progessively worse as the week wore on.

Dusted off my duathlon cobwebs and took the trip to the venerable East Longs Peak TH to stretch these old legs of mine.

Conditions riding up were in short: COLD. Colder than most any trip up I’ve taken in recent memory – although not as cold as my first Winter Duathlon, which was next level. Dressing for this ride is not easy, as cycling uphill does put out a ton of heat, yet it’s still cold out, so any descents will leave you frigid. I try to go for some sort of hydrophobic underlayer, then prefer more natural fabrics. But whatever you do, you SWEAT and that sweat gets trapped in the upper layers, then freezes. Comedic.

The ride near Allenspark was cold enough that I had all my layers on, including a puffy, which is something I try not to do. I stripped off that puffy once I got on the actual road to the trailhead, and my entire upper body was covered in the frost of frozen sweat – I could literally brush it off and watch if fall onto the ground.

I took a very very relaxed time getting to the summit. At one point I stopped and did a mini yoga sess! I admit my lower back is pretty tight. On the ledges, I even took a nap in the sun! Conditions were fair, and so long as was in the sun, I was warm enough. The entire route was mild enough to not nothing out of the ordinary – I was wearing the Blizzard GTX‘s, which have small carbide tipped nubbins that give just enough purchase to anything remotely slippery. These are great winter trailrunners.

The day’s SNAFUs started on my descent. I was pretty tired from lack of sleep, so when I saw what I thought was a fire raging on the other side of the moraine from me near the main trail and Jim’s Grove junction, I almost didn’t believe it. But as I got closer, that’s exactly what it was. I had to make a decision on what to do, either nothing, or be the jerk and tell whoever it was to put it out. There was a off chance that fire was a signal for help, but I really doubt it. So up I went to investigate, in the fading light.

Turned out to be a bunch of young college-age kids, who did not know you can’t just start a fire just anywhere in Rocky Mountain National Park. I was one small step below livid, but tried to explain to them that not all National Parks operate the same, that fires have been banned in most of the Park for years now, that the entire Front Range was at one point just a few weeks ago closed to humans, that fires had almost reached Estes, having crossed the Divide through the Park from Grand Lake, that the Calwood fire grew 100,000 acres in a day, and was so close to Boulder that I see flames licking the sky from my own house.

They just pleaded ignorance. I was not impressed, and left disgusted and agitated after making sure this fire was out. They were frying eggs, one at a time, as a trail snack, before walking down. I couldn’t believe it.

I trotted to the TH, and got ready to go. As I initially pushed off, my back wheel locked up – I thought maybe a strap from my seatpost bag had gotten caught, but nope, a spoke in my backwheel had gotten stuck between the rear derailer cage and the lower jockey pulley – a new one for me. This is usually not a good thing, and my ride to Allenspark was filled with a bad feeling that my bike was about to fall apart soon and cause a serious accident. Eeek.

I had to stop at the top of the hill at Allenspark and investigate. Believably, the rear derailleur hanger appeared bent out of spec., although I don’t quite know what that would have happened. But it was so bent, that the axle wasn’t seating right in the dropouts, which is bad. Luckily, I had a spare hanger in my kit, so was able to put a fresh one on. Go Long Ranger for thinking ahead.

Unfortunately, my rear derailleur seems to be breaking. The assembly near where you bolt the derailleur onto the hanger seems to have some parts that are free to fall off, and one of them is the little washer that has two tabs: one tab that hits the end of the b-screw; the other tabs hits the notch on the hanger. This stops the derailleur from rotating fully on the hanger – a very good thing. But now it was somewhere in the loose gravel below my overturned bike.

I eventually found it, and after taking what seemed like forever trying to reattach it correctly, while also turning my chain into a twisted mess of disparate chains and then back again, I was off down the hill towards Lyons, nothing worse for wear, except a newly useless derailleur hanger and absolutely soot’d up and greasy hands. No other issues presented themselves down St. Vrain (thank goodness – no cell reception!) and onwards to Boulder. Legs felt decent, as did my lungs. Hurray.