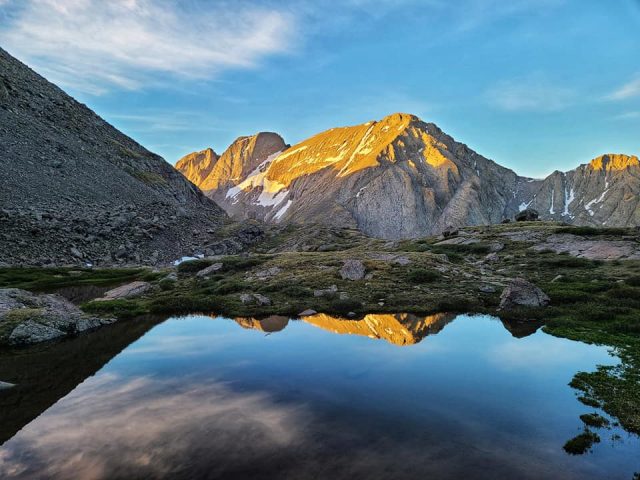 Chapeau to John Paul Ogden and Bill Hilty and the rest of their partners for completing the Sangre de Cristo Range Traverse, from Como Road to Salida (pavement to pavement!). Ogden did the traverse in honor of his friend, Dirk.

SANGRE DE CRISTO TRAVERSE – Dirk’s Dream – FYI in honor of Douglas Dirk Anderson, Bill Hilty and I along with Jesse Selwyn, who will accompany us for the first half, will start the Sangre de Cristo Traverse. Travis Anderson is also joining us for the Little Bear to Ellingwood section.

The traverse for us will run south to north basically from the Lake Como Road above Alamosa all the way to Salida. Our line is around 110 miles long with 50,000 to 60,000 feet of elevation gain and climbs over roughly 50 summits along the way. All total there are 6 14ers, 28 13ers, 15 12ers plus some other lower peaks. It has 2 of the classic 14er traverses, Little Bear to Blanca and Crestone Needle to Peak, plus many other less well known ones. We are prepared to take up to 10 or 11 days to complete the traverse. Dirk dreamed up this route in the fall of 2017 mapping it out in Caltopo.

These successful attempts did nothing but inspire both of us to reach for our goal of completing the traverse, so much so we were prepared to do it in late summer 2019 but Dirk passed away in August which took us all by shock. Now almost a year has passed and we will attempt the traverse honoring our great friend.

A beautiful sendoff for a friend. Long May You Range!