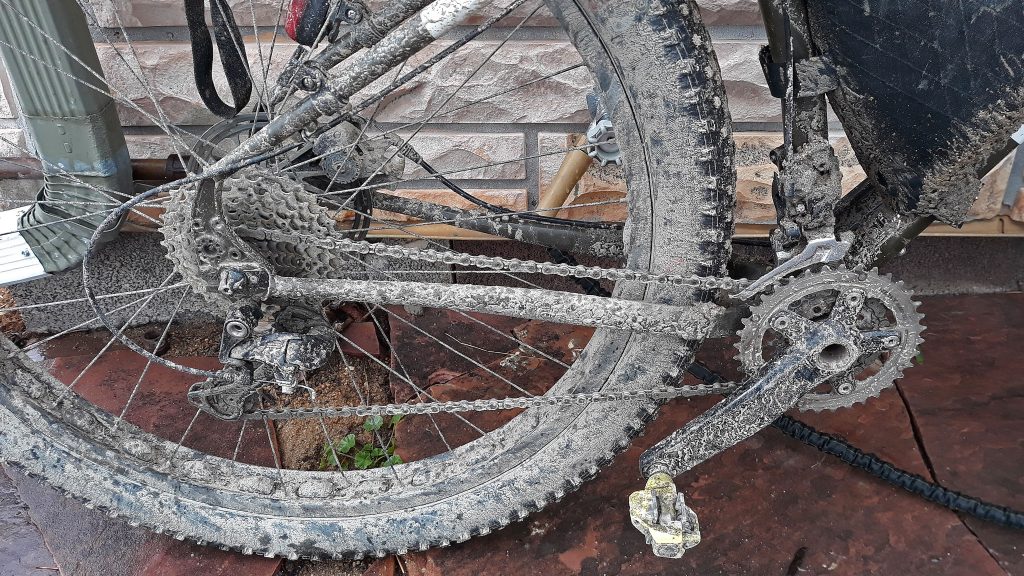 Good session – finally figured out the black V6 on the overhanging 45 degree wall. Just too a little bit of a fight, and I had to get my beta just right, but in the end felt almost casual. Psyched on how much progress I’ve made on this steep wall, despite how my well-developed legs make this angle particularly challenging. I’ve now done so many V6’s that it’s not really all that noteworthy. I used to only be able to top boulders several (3?) grades lower than on less steep aspects, but now it’s just one grade lower.

Spent the rest of my sess. in the cave on another V6 I knew I couldn’t top, but wanted to work the moves for – especially the top section. If I was being charitable with myself, I could say I could send this in two parts. I doubt I ever will, though. V6 in the cave still alludes me.

Afterwards, put in a good core workout and mucked about on the campus board. 1-3-5 leading right or left is pretty casual – almost up to 1-3-5-7, at least with leading with my right hand.

A little prologue to my run

Put a little effort into this run, and finished the loop in ~1hr 08min, which isn’t so shabby. Certainly was going slower up than I could. Not quite sure I want to try a PR of the loop any time soon. I may never be as fast as I was in 2015, the last time I felt honestly like a well-honed trailrunner, rather than a stately Renaissance mountain man.

Warmup on the 45 overhanging wall – got the V6 I was struggling on in just a few tries. Did quite know what else to work with, but took some tries on another V6 in the cave. Made it up to a high point, but couldn’t put the final pieces together. Still, surprised myself that I could get that far. We’ll see if this problem should get more attention from me, or not.

Campus board time went well. Finally linked up a 1-3-5-7 for the first time, which felt good to accomplish. Also was able to finish a 1-2-x progression to the top of the campus board on the middle size (another first). Felt good to see that sort of leveling up (albeit abstracted)

Finally recorded my PR on the West Ridge/Long Canyon/Flagstaff/Crown Rock to Gregory Canyon TH descent, which I think is an excellent line, albeit not done all that well. PR is almost 7min faster than my second fastest (recorded) attempt, so the speedup on such a short distance is promising for how my fitness is coming along.

Still, it’s a funny thing to put metrics on – a descent?! Perhaps better would be something flat (which I never run), the ascent, or a RT. I acknowledge completely how arbitrary it is to try to PR a descent.

Felt pretty tired bouldering (and on the campus board, afterwards), so noted that, and most likely will take a bit of a rest for the body to catch up with the stoke.

Enough with the downhill PR’s! – I know, I know. But going down hills fast is fun. Took off a minute from my previous PR from five years ago – although I question that, as there seems to be one or two new sets of switchbacks built after the flood that must make the current route longer, making comparing these efforst not really valid. I also don’t remember being this fast five years ago. Didn’t get the Strava CR – I’m fading on any of the uphills when compared to the holder. I need to work on that.

Nice easy + long ride on the Surly ECR. Started a little later than I would have wanted, but eventually got out the door and up Boulder Canyon, and up Chapman Drive. Foggy conditions up Flagstaff to 68J and finally to Magnolia. Once finally on the highway towards Rollinsville, I finally climbed above the fog to a wonderful inversion. Mountains on the Continental Divide were visible, but also visibly apparent that they were going to get socked in, themselves.

My main objective was to get to the East Portal – I wanted miles, but also primarily elevation gain in this ride (when do I not want elevation gain?). I spied that the road up Rollins Pass seemed strangely clear of any snow drifts at its start, so I thought I might as well wonder up it, and see how far I could get. I thought: maybe a few hundred meters or so – or maybe to the first switchback.

A little snow on the first switchback, but it was rideable. Ran into some Jeepers would told me maybe a half more mile. OK, I was game.

About three miles later, I finally got to a point that the snowdrifts seemed too high, heavy, and sustained, so called it. Very surprising I got well over 10,100′. It was intermittently snowing, so I thought it best to make my way down.

Snow turned to a snow/rain mix, so at Rollinsville, I changed into my rain pants and donned my OR Mt Baker mitten shells – which are the business. Bringing those things to Alaska next month, for sure. Feeling pretty shielded for the slop coming down, I rolled into Nederland for a little coffee break, and to see if I could wait out the rain.

Ran into a buddy of mine who lives in Nederland. He was picking up a wheel at the bike shop attached to the coffee shop, and we chatted a bit, making for a nice pit stop. He may be going for the Colorado Trail this year – if it ever defrosts up in the High Country, and we chatted a bit about making positive intentions when attempting silly ultra-endurance activities.

Inevitably, I had to leave if I was to have any chance to make it back home before dark, so I changed socks, hats, and put on everything else I was drying on the seat benches. I usually curse myself for bringing so much crap with me on rides, but today, I made use of everything except the Loki puffy hoody I brought as a “just in case” item.

Although I guess I could have made a fast track down Boulder Canyon home, that’s rarely very fun, and I attempt to avoid that road at all costs. Plus, I have a 29+ bike, and I intend to use it. So, onward to the Switzerland Trail, which I took down to Sunset, then back up to Gold Hill Road. I was thinking of perhaps taking Gold Hill Road west to Gold Run to Ward, then lollipop back to Gold Hill Road via the highway, but checking the time, I decided I should probably wrap this ride up. Good sensations though to want to go farther than the day allows.

Gold Hill was a sloppy mess – ugh, and I was happy to get it over with. I planned to take the Emergency Escape Route off of CR83 to eek out just a little more dirt before my ride. That happened… but I randomly got a flat in back right at the start of the Emergency Escape Route, which I had to deal with in the fading light. The bike, at this point, was disgusting, so successfully changing out a tire without adding an incredible amount of sand + grit inside the tire casing was a bit touch and go. With that figured out, I slogged up the hill, and rocketed back down the other side, happy to have a shower at the end of everything.

Also, somewhere in all this, broke a pedal.