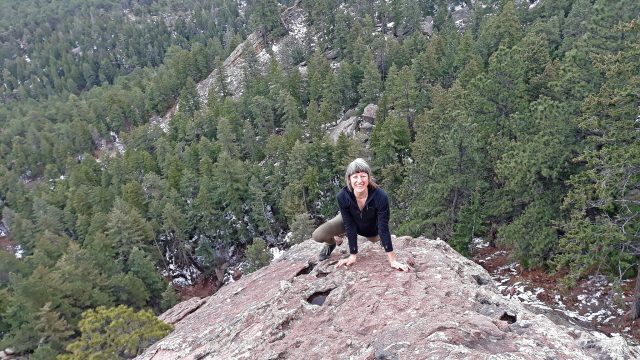 Another ~PR on this direction, so that’s nice. Felt especially fast, and I wanted a bigger gear for most of the ride for sure. I should get on that. This was the first day I didn’t drop to a lower gear (from 42 x 19 to 32 x 19) for the punchy climb up on N. 83rd as you pass to the east of Rabbit Mountain.

Plan was to work on the V5 that’s in the cave at the moment. After warming up on some steep stuff, that’s what I did, but no send – couldn’t even complete the moves – just not strong enough – stiff V5!

Afterwards, I did a bit of core, some pushups, and tried out my finger on the campus board, which felt fine. Everything except that finger though, felt a bit rusty.

The super storm that was supposed to hit  never really materialized, but I had this day as a work  day, just in case.

Felt last Tuesday’s bouldering sess., so really didn’t perform great, but got a lot of time on the 45 degree wall, and did some V6’s outside of it.

Since the finger feels good, I’ll try to create a habit/routine for this. At the moment, I’m at: “Survive”

Short finger board session – a few “10 on, 20 off” sets or so, until I can’t really do this anymore. Nothing too complicated.

Pushups, dips, handstands. Mostly until I can’t do it well, as per usual

The kitchen sink of what I know what to do

Perhaps, overdid it as afterwards, I started feeling some sciatic nerve pain. D’oh!

Took M. up Freeway as an easy, before-dinner hike. We had fun!