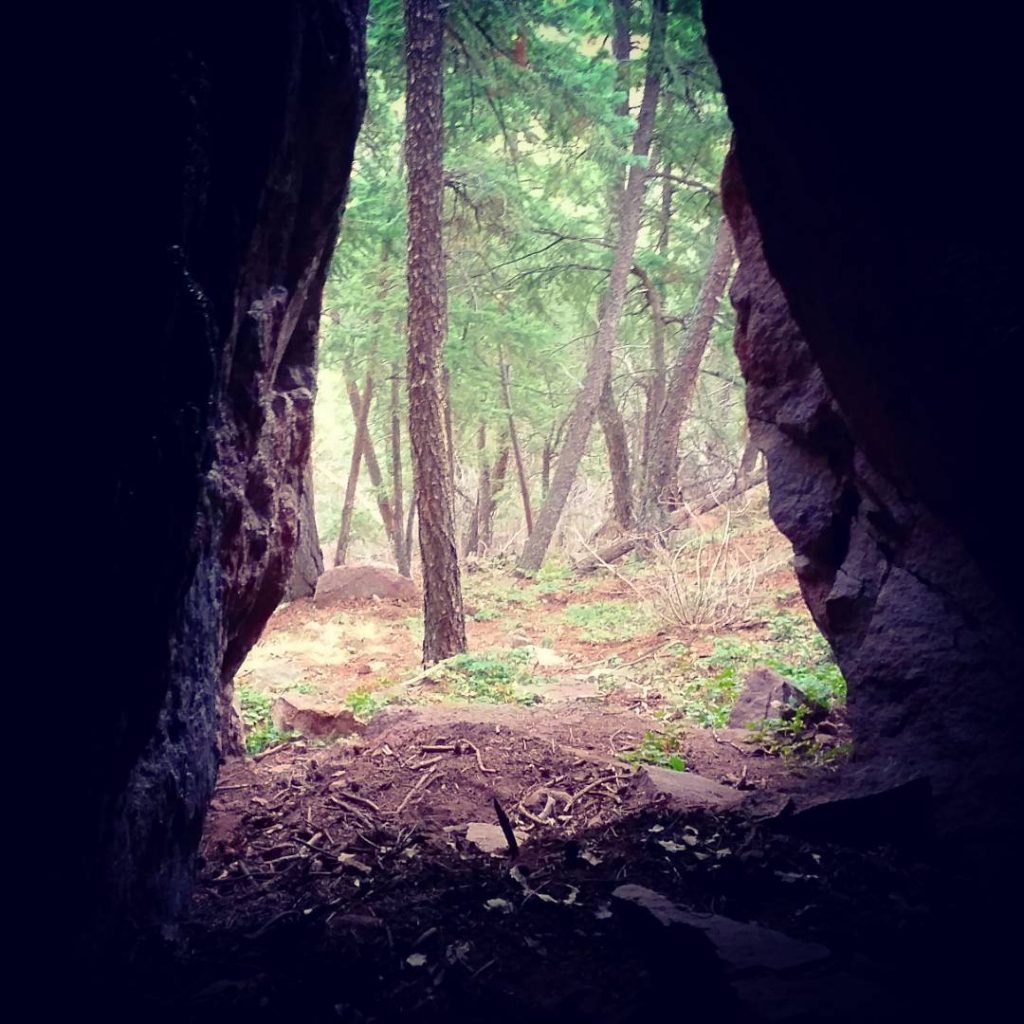 I rode a bike indoors. It was lame.

I didn’t have an insane amount of time on this day, but the weather in the morning looked great and was most likely going to turn worse later on, so I decided to ride until it did, while staying close to the house.

Went up Wagon Wheel to Linden. I initially thought of just doing laps until it started snowing but, hey: I’ve never really checked out what’s above Linden at this point, so let’s find out.

Turns out, there’s a lot of steep little hills, enormous and enormously garish houses, and good times. Finally put together a loop back to Linden after several dead ends, and rode ‘er down. At the intersection with the bike route, I decided to do another lap up Linden, then down Wagon Wheel – it’s hard to say no, when the hill starts right in your face! It never snowed – in fact, the weather got better and better. Good day on the single speed. Happy to have done Linden on that bike – it’s not so big of a hill, after all.

I rode a bike indoors. It was lame.

The weather is outrageous currently, decided to wipe the cobwebs off the scramblin’ shoes. Did a lap up Freeway on the Second, then jogged down. I knew I wanted to do another lap, but the trail was just slippery enough that I wasn’t looking forward to having to avoid hiker traffic and deal with conditions, so on my second lap up from the base, I just downclimbed from the top, back to the base. Once back at the base, I started back up again! This time taking a slightly different line – Dodge Block, which I leave the Freeway line for about halfway up it. From there, I take some red, lichen-barren ribs up to near the crux of Tunnel Variation, scramble north a bit to Dodge the Block, and end up back scrambling to near the endpoint of Freeway. And well, once back there, it made sense to downclimb that line as well. Once at the base again, I called it a day, out of water, and with no food. Good sess.

I may have taken a breather today, after a good 6-7 days on the feet. Good job, Justin!

Got up reasonably early to incredible weather, and decided to get some coffee. In Nederland. Took Flagstaff road/68J/Magnolia riding the Ogre. Felt like doing another lap, so I rode the highway to the end of Gold Hill Road to descend to the town of Gold Hill, then took Gold Run down to Boulder Canyon. Peeled off a few layers, then back up, via Sugarloaf, which: ugh, what a punchy “little” pitch. I keep forgetting how steep it really is, how long the road to the highway seems, and how little dirt there is at the end. It’s a fantastic road to ride a bike on – one of the very best in the immediate area, but maybe a MTB is a little much, and I felt somewhat sluggish. If only there was more dirt!

Got to Ned. for another coffee, then took Magnolia Road all the way down to Boulder Canyon, and towards home.

But, before hitting the shower, I decided for to do a quick ascent of Linden, then down Wagon Wheel since, what the hell: there was daylight to burn. Linden held some sort austere to me, but I’m not sure why… I thought best to slay this mental demon, and get up it on tired legs to prove to my brain that it’s just a hill, with no mystical difficulties to it. Great day on the bike. If I got up a few hours before, or there was a bit more daylight, I would have done yet another lap to Ned – probably grab another coffee, too!

Just an fun day of scrambling around, exploring, and getting lost. Hiked to the base of the Second Flatiron, was delighted the bottom had melted out, wiped the bottom of my shoes, and started up.

Although melted out, the rock was still wet, so that made things a bit spicier. It may have rained the night before, but I missed that meteorological event, it seems – the entire rock seemed pretty damp to me. Hiked to the summit of Green, then decided to check out a rock outcropping I noticed on the way up. I followed it down, hoping it would turn into a fun, obscure scramble, but no deal: too licheny, broken up, and loose. Thought I saw a game trail anyways, so I kept descending down off trail and met up again with the Greenman Trail, and jogged that down to the Gregory Flatironette.

Got a nice perch on the summit of Greg. Flat to have a look-see, and decided to follow that down, as it itself may proved to be what I was looking for: a nice rib of rock to scramble down. That worked, until it didn’t – the final two pitches or so looked a little questionable to onsight without any, “does it go in running shoes” beta, so I escaped the rock, and just hiked down to the base. Pretty happy I did, as the rock from there looked a little loose and full of lichen, with less than abundant holds, (mountain lions perched midway and bats flying around, etc) – I may try to climb it sometime with approach shoes, but the comments on MP about the rock aren’t so good. Tony Bubb:

I found it to be one of the more ennervating Flatirons. It was licheny and in a few spots a little crumbly. It was also NOT 5.2, at least that way…

I’ve climbed a lot of Tony’s FA’s – they’re not always the most classic lines themselves, so when he uses a word like, “ennervating”, I take pause just a bit.

Plus, there was a fatality on this rock in the past year (not sure what route, though). A shame, as its base is close to the beginning of the Gregory Canyon TH, and it would prove a nice directissima line to at least part of the way to the summit of Green Mountain.

Anyways, fun outing. Ran into Joe, as he was taking a sunset lap up the First.

This was a super fun week! I was happy to have consistently done something most every day on my feet. Bummer I couldn’t really climb, but scrambling was fun enough.

Next week, I hope to do some actual running, some riding, and try to ease into climbing again, if the wrist is up for it! 19,448′ of elevation this week, so next week, let’s go for 20k’!