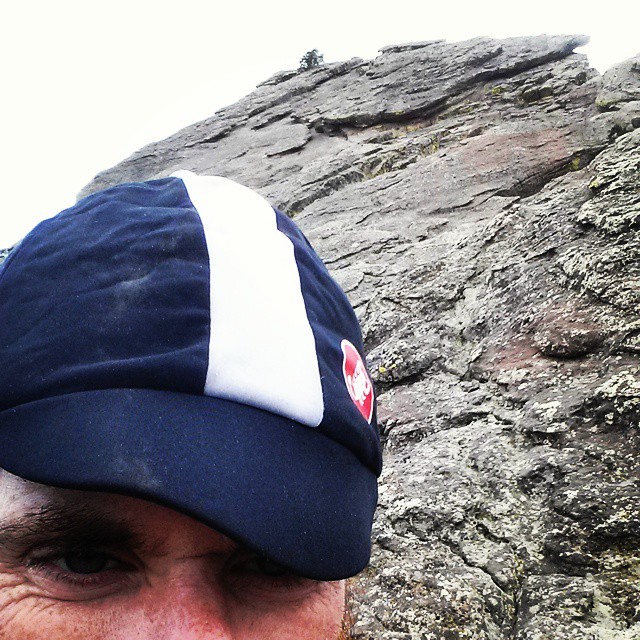 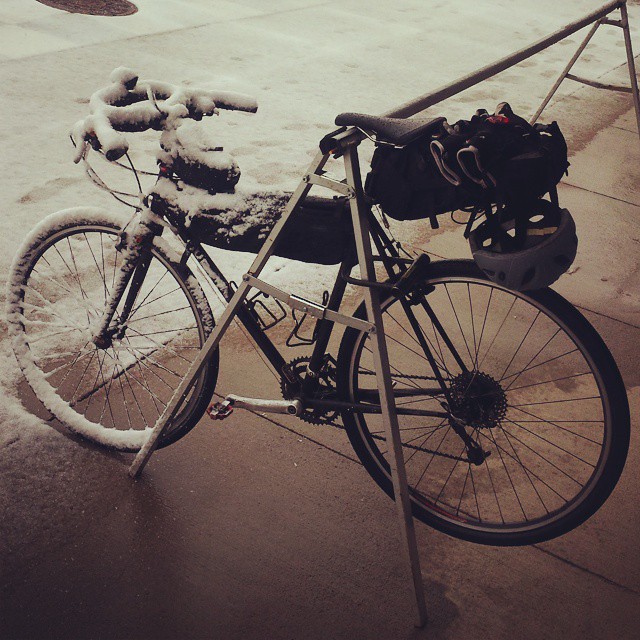 My left hamstring had seen better days, for sure. Pain is much like having a cramp that just won’t go away. Going up is fine, going down is a different story. Tested out the hamstring today, but it was pretty painful to stumble down. My ascent times were close to my descent times (slow)

Since I couldn’t run, might as well scramble. The weather was supposed to turn horrible for a few days, so better get in the climbing outside while I can.

Warmup on Freeway, then Bakers Way, before taking on the Direct East Face, which was a cruise. I actually practiced climbing, then down climbing from the second bolt, before doing the entire thing. The first pitch is certainly the hardest, but it’s incredible what little amount of features you need to climb up.

Right before I started climbing, I did see someone lose traction from about the first bolt and come skidding down. They changed into their running shoes, and put their rock shoes away. I made sure the party got to the first belay station before I began. Luckily, the took a weird line after all that, so I could sneak by – I was moving pretty fast.

Thursday, April 16, 2015 – 2hrs, spin bike
Finally got some body work done on the leg. The therapist was pretty amazed at how tight I was, although it seemed perfectly clear as to why I was – lots of riding bikes, lots of running.
Rather than endure another session of hobbling in the mountains, I relented to spinning on the bike, which doesn’t hurt my hamstring at all, as well as getting in a good stretch routine that lasts about an hour.
Friday, April 17, 2015 – Climbing @Movement
Started as a chill sess, then I was able to finish up a 5.12 route with only one fall. Whoa. I’ve never been able to complete a 5.12 route anywhere so that was sort of a nice level up. My left wrist, which has been giving me problems, has finally settled down. Bet all the rest help matters out. My shoes are past the, “falling apart” stage – they’re not even really worth getting resoled. Time to retire them for crack climbing and get a new pair. Almost certain that’ll give me an extra letter grade!
Saturday, April 18, 2015 – 2hrs, spin bike
5 minute warmup, literally an hour stretching and working on core, an hour riding the spin bike, another hour stretching + core, and another hour of riding the bike. Ended then sess. with a sprint that caused the chain to derail from the front chainring. My bike destruction skills know no bounds.
Saturday, April 19, 2015 – Climbing @Movement
Did some bouldering – mostly only the overhang wall, then joined Chrissy and her visiting friends on the walls. Chrissy and I worked the 5.12 some more, but I haven’t been able to send the thing, without falling, although I tried three times. Soon enough.
Hamstring feels much, much better, but decided to give it another day to just chill out and rest.
Altogether, this was an OK week, but severely not what I had in mind. Ramping up for the Dirty 30, I’m anxious to get both a lot of miles in a week (I was hoping for ~75 this week) and also doing some faster days in there. I got to do neither – the hamstring needs to heal. I can’t really say what I’ll be able to do – and when, but I’ll get in what I can get in, and really nothing else I can do.