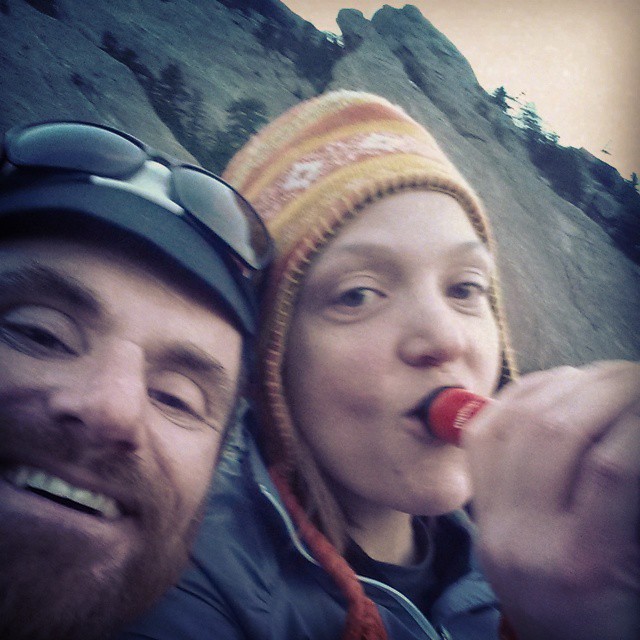 Broke camp a little later than anticipated – the wind was blowing quite fiercely during the night, and the moon’s light was indeed piercing, leaving me to not have the best sleep time. Nevertheless, hiked up on tired legs towards the Keyhole without too much bother, although the wind was a bit blustery.

At the Keyhole, I took a few minutes looking for my lost ice axe but with no real luck – I didn’t think I would, anyways, but you have to try. The bigger bummer being that it would have def. been a summit day. But no axe = no summit for Justin.

Ran back to the trailhead, and got on the bike to get back home to Boulder. Made pretty amazon time with the wind now at my back, although hit some construction on St. Vrain Canyon, that had me sitting around for 20 minutes, waiting for the road to open again.

Felt entirely beat up, so I took a few days off from running, but was at the gym on Tue. and Thur. bouldering. Left wrist still hurting and getting worse. Nothing particularly interesting to report: it’s playing on plastic things, indoors.

Took off from work somewhat early to cruise the mountains. Felt pretty good.

Made a sub-hour (51:53) ascent of Green Mountain via Gregory/Ranger/E.M. Greenman, then a