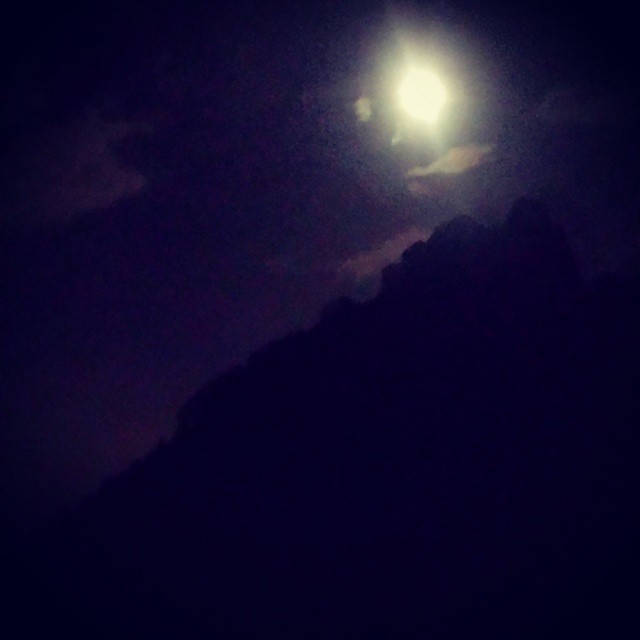 The Band of Mystery are suss’ing out details for a live recording on the radio this weekend, so I joined everyone at the HQ in Denver. Riding up from Boulder in the morning was a little chilly, but the temps. got reasonable quickly. So reasonable, that it seemed like a good idea just to ride back at 8:30pm, instead of enduring the rather unglamorous detail of taking the bus home. And I used to really love the bus: it was fast enough, convenient and made it easy to not need a car. But, they’ve made some strange changes, including fitting more rows of seats by sacrificing leg room – and the construction on 36 makes for unpredictable ETA’s getting back. And it’s $5. $5!

The ride back was nice, until I hit the Standley Lake area, where the route I take goes into the park and onto some dirt paths. This avoids getting onto busy Sheriden while keeping the route fairly direct. Regrettably, I discovered the dirt paths were a quagmire of incredible sticky clay mud of doom, rendering my bike inoperable for even pushing. The amount of mud that built up near the brakes was stupefying and happened, as it does, not at the beginning or end of the section, but in the middle. And then of course, I got lost, so I had to go off-piste anyways, and figure out where best to go. And then the wind picked up.

Tons of fun, naturally – although it was a tad late and I was getting tired, and man – all I could think of was how much damage that much mud does to a bike. The type of mud that rips rear derailers off with aplomb. With the help of a tool I fashioned from… …from a stick, I got the majority of ick off, and got to my neighborhood, which conveniently has a car wash, so I sprayed my poor bike down, and relubed it back up next morning. No worse for wear, I’m guessing, although the rear wheel is doing a bit more shimmying than I’d like. Upon closer inspection, it looks to be a mixture of an untrue wheel (easy to fix), and a tire that has a sidewall protrusion – a bigger problem waiting to happen. The wash quickly came almost to the total of bus fare – which kind of sucked, in a money-saving perspective, but hey! I fit in almost 70 miles of riding, work, and a band practice into a Monday. 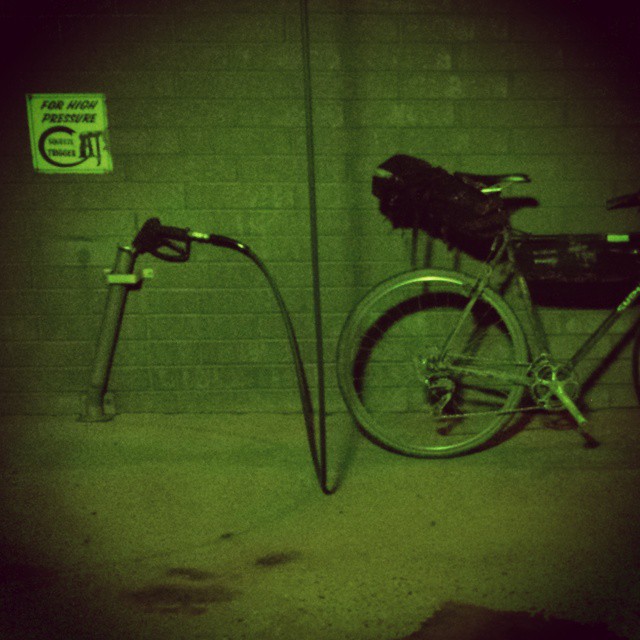 Time for a wash.
Tuesday, February 3rd, 2015 – 1hr on the trainer, Climbing @ Movement
A nice recovery sess. on the bike thing, until a climbing session. Mostly on top rope, but we hit some good routes, I guess. The amount of people at the gym is incredible!
Wednesday, February 4th, 2015 – Green Mountain 2x (Strava)

Runs at night aren’t always so magical. There’s a good chance that I’m out there, trying to just squeeze a run in after the work week, rather than enjoying myself for the sake of being out there.

Tonight, it truly was one of the most enjoyable runs of the year. The amount of snow that had just falling was pretty incredible, given the mild temperatures we’ve been receiving. The temps. were still honestly pretty mild, so even with all the snow it wasn’t super cold if you just kept moving. Tons of first tracks put down, fairly unheard of so late in the day. Not many people out. Full moon. Not much else you could ask for. Ran up and down Green Mountain, albeit slowly, twice.

Thursday, February 5th, 2015 – Climbing @ Movement
Much like the Tuesday session, I guess. Hard to sometimes get overly stoked on climbing plastic indoors.
Friday, February 6th, 2015 – Sanitas (Strava)
My soft plans for a Boulder Skyline Traverse seemed pretty unrealistic with the energy levels of just hiking up Sanitas. I packed it shortly after getting back to the Sanitas trailhead and decided it best just to get some coffee and plow into work. Pretty sure I was getting sick.
Saturday, February 7th, 2015 – Bouldering @ Movement
With my usual climbing partner and girlfriend away on short notice to Shelf Road to climb with (self deprecating here:) people much funner to be around and better and climbing than me, I was alone to fly solo, after the band did its recording for the radio show. Didn’t feel too amazing still, but completed enough V4’s to feel OK with life, but couldn’t finish off one V5 to save myself. After bouldering, did some core work halfheartedly and a few pullups, before riding back with a big frown on my face.
Sunday, February 8th, 2015 – Double Skyline Traverse (Strava)
With about 10 hours of sleep behind me, I put on my short shorts and little else, save for my PB Adventure Vest filled with water, food and microspikes and went back up Sanitas before half of Boulder decided to check out the summit views themselves, as they are oft ta dae on Sundays. Finding that it wasn’t a complete disaster as it was on Friday, I sauntered nimbly up Flagstaff, and then Green (passing BIll Wright and his wife en route). From Green – well, I thought, might as well take it easy and go up Bear, the South Boulder.
From South Boulder it seemed doable to descend all the way to the South Mesa trailhead and then – well, perhaps jog the Mesa Trail back to Chautauqua,
or, I dunno, just do the whole thing, again?
The weather was fine – a little windy, but I was shirtless running in many places, and I was still feeling sorry for myself being alone for the weekend – nothing else I had to do, except a sadistic run. The ascent back to Bear Mountain was something I knew was going to be difficult while tired – it’s about 3,000 feet of elevation to gain. But once on Bear, getting back to Green is, “runnable” and then it’s mostly all downhill, until Sanitas.
Sanitas is it’s own little bump – I have to cross the street I live on and keep going (one of the reasons I do it first) and then it’s yet another 1,500 feet to get to the top. The legs: wobbly; the sun: disappearing and my energy was about spent. For the first time today, I took multiple breaks when hiking up just to catch up with myself. It wasn’t very pretty. The trail is as far from, “buff” as you can get, and I wasn’t really looking forward to dealing with it. Beat up.
But the top I finally did reach – I happened to be the smelly, dirty, tired dude that intervened with the two lovers having a little romantic moment at the very top pole, when they probably thought no one else would possibly be at the top. Sorry, guys.
Somehow I barely crawled back down – more like a controlled rag doll tumble, and walked home. I didn’t eat breakfast beforehand, and packed way less than 1,000 calories with me. It was getting close to this being not a very good time. Happily, I opened up the fridge to see an entire bottle of keifer waiting for me which I slurped down greedily, while lying on the floor, wrapped in a sleeping bag, with a space heater on me. I was shaking and cramping up. I… slightly overdid it today, methinks.
At the end, I scored 34 miles, and almost 13,000 feet of elevation gain in 11 hours. That tipped this week of running @ 54.3 miles and 20,076 feet of elevation gain. For me personally, that’s a big week of running – and I only ran three days out of the week, with other days seeing me climbing (3) or riding my bike (1 day, 70 miles). Pretty big outing for February. Ramping up for some nice projects later on, this year!