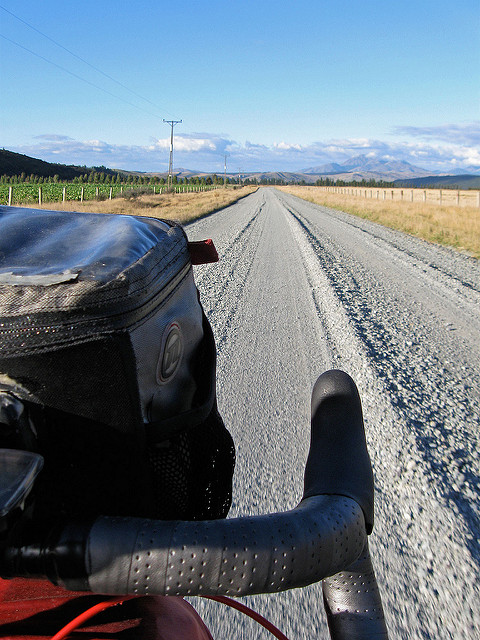 This seemed like a strange week for me. The large-ish 170 mile ride in the very beginning of the week kind of made me want to take a small break from the bike, so not to over train, but I still wanted to keep the mileage up.  What to do. I also would have trained more on the rest days, if I didn’t have, you know, stuff other than riding bikes to do.

But, Friday’s 120 miler felt good – felt fully recovered from Sunday. It’s been the first time I’ve ever gone up High Grade Road with the feeling that I was actually riding the road, instead of suffering the route, hoping it would be over, soon. To be honest, the road is nothing compared to some of the mountain passes in France, only being truly a “high grade” in a few parts. Mostly, I usually just have the feeling that the road never ends, never peaks and just keeps going. 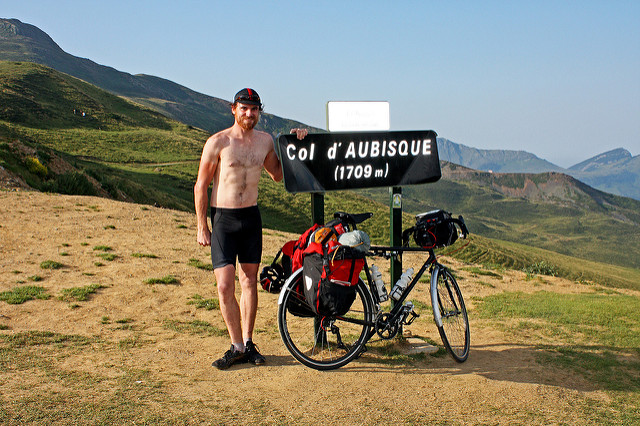 That night, I also had a gig at the Gothic to take part in – one of my other commitments is being a cymbalist in an electronic/noise/marching band. The position is very physical – my cymbals are very large and a half hour of smashing them together, while jumping and running around basically did me for the night.

I think a good point to make – and repeatedly make is this: when training one of these, uh, ultra-endurance cross country races is that the preceding six plus months before the event will be taken over with training for the event. The life that you had known will stop completely. I don’t really know the mileage/time/commitment other people are having to this race, but I suspect I fall somewhere in the middle of this type of resource sucking:

If riding bikes is (one of) your jobs, you have sponsorships and some of your equipment is flowed to you, you’re going to have an easier time than me. No flack on that, you probably have earned this sponsorship with blood/sweat/tears and preceding sacrifice.

If you have a family life and a career, you are going to have a much, much harder time than me.

If you are (like I am) reading other people’s accounts of ramping up for this event, you may get some wildly different perspectives. I think many people are “racing” more to, “survive” than to have a run at winning. I’m certainly not looking to win, but surviving/finishing is the least of my worries – I know how my body reacts to little rest and long miles. Not sure about some of the survivors, but hopefully they’ll do some overnighters (or if it was me: over-fortnighters) to get accustomed to their bodies acting in very strange ways, before they take something like the GDMBR.

My goal of finishing in 21 days seems still to me: sound.  The only new thing for me will be the “mostly-dirt” part of things, rather than, “mostly pavement”, but even the lack of civilization on the route is similar to what I experience in New Zealand. Sometimes, dots on the NZ map were nothing but the location of a pub.

Nothing around for miles and miles 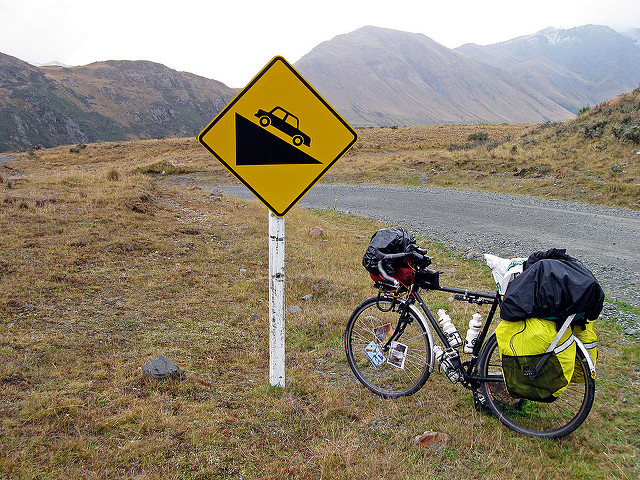 Overloaded touring bike with tramping gear, rain coming and a steep downhill means a whole lot of fun. Racing to get from Queensland to Invercargill in a very non-direct route in only a few days.