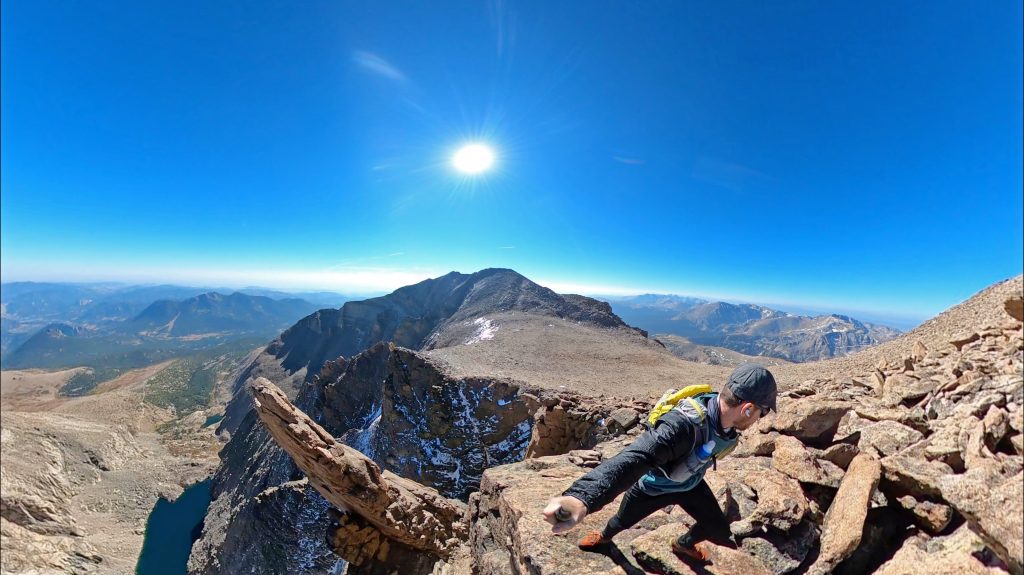 Fine session, but I almost really screwed up the pooch big time. I was working on a V6 on the overhanging wall that a few weeks ago, I couldn’t get the first move on. A few moves in, there’s a very deep and secure heel hook for your left foot, before reaching for a handhold on your right. Blowing the next move is bad, as you’d fall off the wall, while your heel is still secure in the heel hook.

Well, I totally blew the next move and came down with my heel still secure in the heel hook. This leveraged most of my falling weight onto my left hip socket. My heel popped out a moment later, but I still stayed down on the pads for a good minute, waiting for the rush of pain from my hip to spiral throughout my body.

Thankfully, that never happened – although there was some pain near my piriformis, which makes sense to me. Next go, I sent the project and probably did it again in protest to the Universe. After that, I called the session – and called the day.

Of course, injuries can take a while to surface, so it seemed I would need to keep an eye on this.

I managed to rip my derailleur off and bend the hanger while pedaling out of the house, as my talent for destroying things knows no bounds. So instead of going on the 3+ hour ride I had planned, I stayed at home and tried my best to put my bike back together. This was a really frustrating day, mais ce sont des choses qui arrivent. Probably for the best, given my fall yesterday.

Hip felt relatively OK, but started to hurt after a while, which I stupidly just worked through.

This ride was a long time coming. I had designed a potential bikepacking route, which is fine and all, but I also wanted to actually do it, and today was the day.

I actually hit dirt before even getting out of town on the Wonderland Lake trails, before getting into Boulder Valley Ranch en route to Joder Ranch. These are pretty tame trails, but it’s nice to get away from so much highway riding.

From Joder, I rode up Lefthand Canyon for just a minute, until I transitioned to the Boulder OHV trail system, which has some easy trails that parallel the road until the Left Hand/James Canyon split. I then rode up to Jamestown, and got onto Slaughterhouse Gulch. This trail goes up to a mellow ridge and from that ridge, there’s a 4WD track that goes west all the way basically to the Peak to Peak highway. There’s some access issues up to Gold Lake, but I think I essentially did it without trespassing.

From Peak to Peak – and after some fries at the Millsite Inn (a place I’ve passed a million times, but never thought to stop), I rode up Brainard Lake to pick up the Sourdough Trail. I took that trail to its end at Peaceful Valley. From there, there was more dirt riding onto Bunce School Road, until back on the Peak to Peak, and just a few miles pushing it to Allenspark. I was pretty tired and thirsty and ready to pass out. Searching for water (and not finding any) right off the highway, I decided to instead take the road through Allenspark and found out there’s a new taco place in Ferncliff! So tacos were had. Then! Then I bivied for the night.

I think this is a great route, coming right out of Boulder and hitting so much dirt is fantastic. It clocks around 60 miles, which adds ~20 miles when compared to the fastest pavement route.

Big day! Wild Basin starts usually are. First goal was to recon the Southwest Ridge route of Meeker. I’ve done the route before with David – we actually traversed over and ended up at the East Longs Peak trailhead, and got a ride back to Wild Basin. I remember the driver commented about how smelly we were. Today, I actually took the ridge that the Dragon’s Egg is on, to get a better view of the Southwest Ridge for picture taking purposes.

Once on the main ridgeline, I decided to not summit Meeker (yet) to save some time, and first tag Longs. Hiked up to SE Longs, which is one of the most jaw-dropping places to be on the peak you can get to merely by hiking. Once on top of SE Longs, and with the chasm of the Notch ahead of me, I worked out descending Gorrell’s Traverse, which I haven’t done in quite a while, and I remember being a little lost between the two pitches of the climb.

On this day, the first pitch when descending was a little shaky, and the second pitch was super cruiser. If truth be told, I find the slog through Clark’s Arrow one of my least favorite routes on Longs, and anytime I can skip it, I think I will. Gorrell’s is just such a better choice.

Once down, I trotted to Skyscraper to summit Longs. It’s a great alternative route to Homestretch (which I then descended). I then climbed up Gorrell’s Traverse, which took minutes, and hiked down SE Longs to finally summit Meeker.

Then, I took Meeker Ridge to the trailhead. Meeker Ridge is a long one. I forgot that getting through treeline requires negotiating a cairned social route, but happy it was there – it felt natural to head to the NE side of the ridge, where I needed to definitely be on the south side. Once on trail, I surprised myself with having the energy to jog the final few miles, given that it was a ~12 hour hike!

At 4:30pm, there was still the issue of needing to get home! I had planned on a new route (for me), taking the Johnny Park 4WD track, but with daylight becoming a rarity, I second guessed my decision and thought maybe it best to go down St. Vrain. I’m comfortable going down St. Vrain in the dark, but not so much taking 36 in the dark – which really seemed plausible – I just didn’t know how long Johnny Park would take!

With a little hemming and hawing, I decided to go for Johnny Park and I was so glad I did. The small store at Meeker Park was actually open, and I was able to grab some cold brew coffee to perk me up a bit. The route to Johnny Park was relaxing – and knowing I wasn’t facing any traffic for miles was a relief. The 4WD portion was pretty tame – more sandy than anything. I did manage to pinch flat less than 1/2 mile from the end, and patching that was a little unnerving, but (spoiler) it held getting home. Once done with the 4WD track, there’s quite a long paved/sealed dirt route that runs you to 36.

And boy was 36 busy. Stress levels got a little high, and night was certainly coming fast, but I was able to get through to Lyons before night fell, much to my relief. I plugged in a podcast and pedaled home to Boulder. I couldn’t believe how much pep I had in my legs, and made it to the city limits in < hour. Once right at the city limits, I picked up a staple in my back tire, which caused another flat, making me a little late picking up a pre-ordered pizza and actually getting home. Sad trombone!