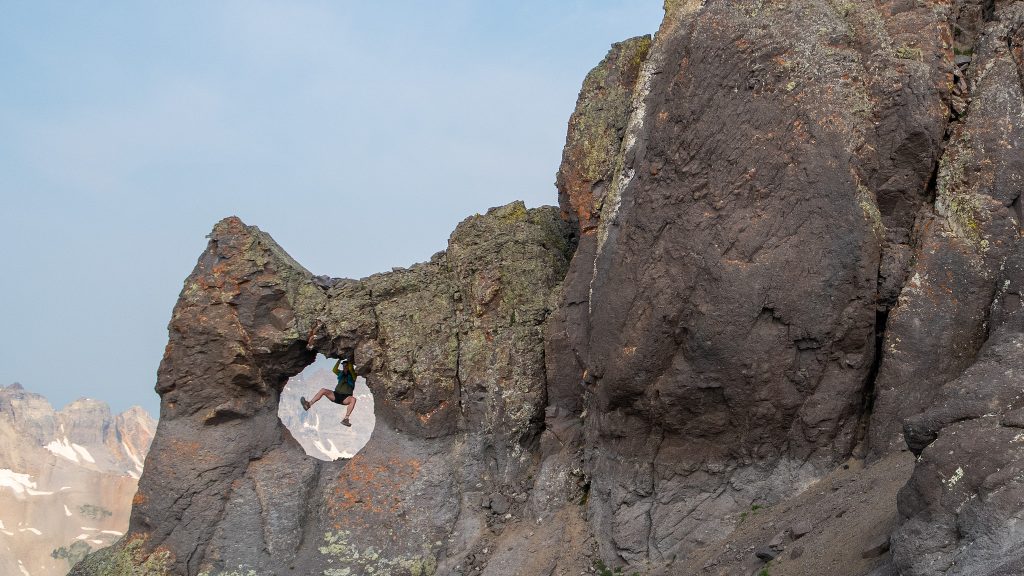 I’ve been meaning to do this route for years, as I loathe the standard route. This route is much, much better.

Got up earlish and do a run up Coffeepot and Teakettle. Better line going up then down.

My original plan was to hike up Dallas Peak from Telluride. We drove there, but it started raining pretty heavily, so we called it, and went back to Ouray. Bummer!

I needed to get out, but didn’t want to kill myself. Actually was just going to hike from town to the campsite up Camp Bird, but got interested in a trail which I thought may go my way (narrator: the trail did not go my way). Still a fun outing.

Napping during the day, in anticipation for a long night to Telluride starting at Grouse Gulch. In the end, we called it at Ouray. Good times on the trail, despite the abbreviated night. Aww, well.

A late start, as it was a late night out there, but right outside of the AirBnB was Kendall Mountain, and it was too delicious to pass up. Took a 4×4 road up a north ridge to Kendall Mountain with the hopes of tagging Kendall Mountain, but the ridgeline gets a little more serious than I had in mind, so I backtracked to a low point and carefully plunge-stepped down to another 4×4 road, that goes around the south side of the mountain. Good fun.