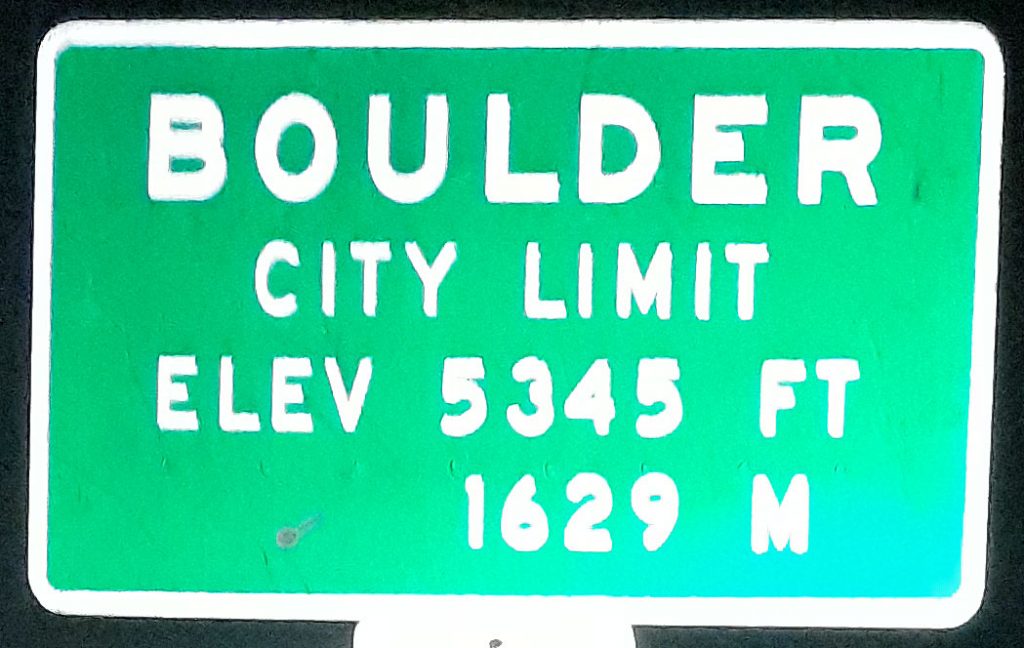 A few hours after I had gotten back from Lawn Lake TH (after completing the Mummy Kill line with the Boulder Trail Runners group), Peter picked me up to get whisked back to this very same trailhead! This time to do Blitzen Ridge, 5.4.

Approach was fairly casual, and we had no trouble finding the start of the ridge. I felt less than perfect, suffering from a bit of sleep deprivation, and the cruxes were a little less than casual to me in that state, if I am to be honest. Still, we got ‘er done, and were able to easily descend via Donner Ridge. Made a half-hearted effort to give it a good quick run down once back on the trail.

Good route! I don’t know if we did it the best way, or if I rate the ridge up there with Keyhole Ridge or anything like that. The descent down Donner Ridge was the surprise of the day (as in: it worked!)

After a few heavy days in a row, I was happy to have an easier day to let the body catch up. Bouldering session was good. Managed to top a V7 I have been working on, and repeated a whole series of V6’s

Felt pretty worked in the legs, so this spin was pretty easy.

I never thought I’d be riding bikes indoors in August, but here we are.

Another good session – re-topped the V7 I had worked on before, and topped another. All the other V6’s I had topped got re-topped as well. Feeling strong, again!

Calm before the storm…

Today’s goal was to break my PR I set in 2015 of 9h58m for riding to Longs Peak, running the Keyhole route (NO shortcuts – just take the trail all the way to the Boulderfield until it turns to cairns, then bullseyes to the summit), and reverse my route back home. I’ve attempted this once before – and failed miserably. Wanting to see progress in my general fitness, I was a bit nervous about failing yet again.

Left the house around 3:45am, and promptly turned back to grab the asthma inhaler I had forgotten. I made the “start” of the PR the county line sign, as the traditional start: The Bustop “Gentleman’s” Club doesn’t exist anymore. Exact start time then was 4:00:41.

Riding was fine – a bit breezy, but nothing crazy. Made it to the TH a little after dawn, then made an effort to transition quickly. Two Aussies rolled up on bikes as well – FOUR bikes in total were at the trailhead, I’ve never seen such a sight!

I power-hiked with intent and ran small segments most of the way. I knew the time sucks for me would be the Trough and Homestretch – if I was not acclimated enough, I would be burning a lot of time just trying to catch my breath. Surprisingly for me, that wasn’t the case today, and only needed a few little breaks before I could keep going.

I wasted no time at the summit, save taking a terrible selfie, before rocketing down Homestretch, towards the Keyhole, then down to the TH.

Bike ride home was again pretty uneventful. A bit windier than I would have liked in St. Vrain Canyon, which felt like it was fighting me, but you get what you get and I worked with it. The ride from Lyons to Boulder felt nice and smooth, rather than the usual death march home.

Not quite sure if I had made my goal, I entered the local coffee shop (Amante) and ordered a victory two scoop affogado regardless, and inhaled that down, then dealt with a nasty stomachache!

So goal achieved – I beat my last best time by 37 min 50 sec! Still some time to shave off – maybe using an actual road bike, rather than a 38mm gravel bike, and as always: less faffing about at the trailhead.

Fairly terrible session – the day before really had affected me. Did top one of the two V7’s I have been working on, but it – and all the other problems, took quite a few tries. No matter – gotta look at things, big-picture-like.

Easy spin in an attempt to recover

Not enough recovered! So I took the day off to catch up on Real Life.