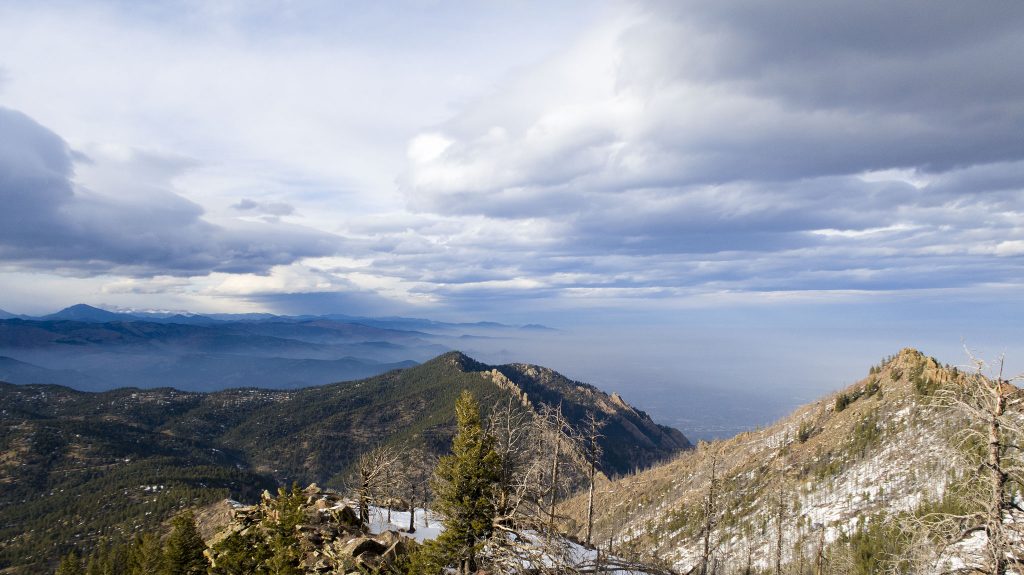 Good sess. w/Nolan. Lead an .11c clean that was given me problems. Flashed a .11d I was working with Nolan on, then climbed a 12.b clean on toprope that I initially got on and flailed about on Sunday.

Haven’t do this in a hot sec. Started with taking Mesa Trail to Shadow Canyon. Mesa was a complete muddy mess in some places – probably the worst I’ve ever seen it. Up Shadow was in pretty good shape, with a bit of fairly thick ice to keep things interesting. Traverse to Bear, then down to Bear Canyon and back up Green was in pretty good conditions – happy to be just wearing screw shoes, instead of micro-spikes. Run from Bear Canyon to Green was a bit of an effort to not break stride, and once on West Ridge, I couldn’t help but start power walking it. I brought food this time, so I had no real feeling that I should cut the run short, so down the West Ridge after summiting I went; down Long Canyon, and then down Flagstaff. One of the longer runs I’ve done in a while. Felt good.

Next week, I’ll try perhaps to add Sanitas to this mix, and cut the rest of the route in places: go up Fern rather than Shadow, and descend Green via Ranger instead of via Long Canyon. That route would only be 3 miles longer, with 1800′ more elevation. 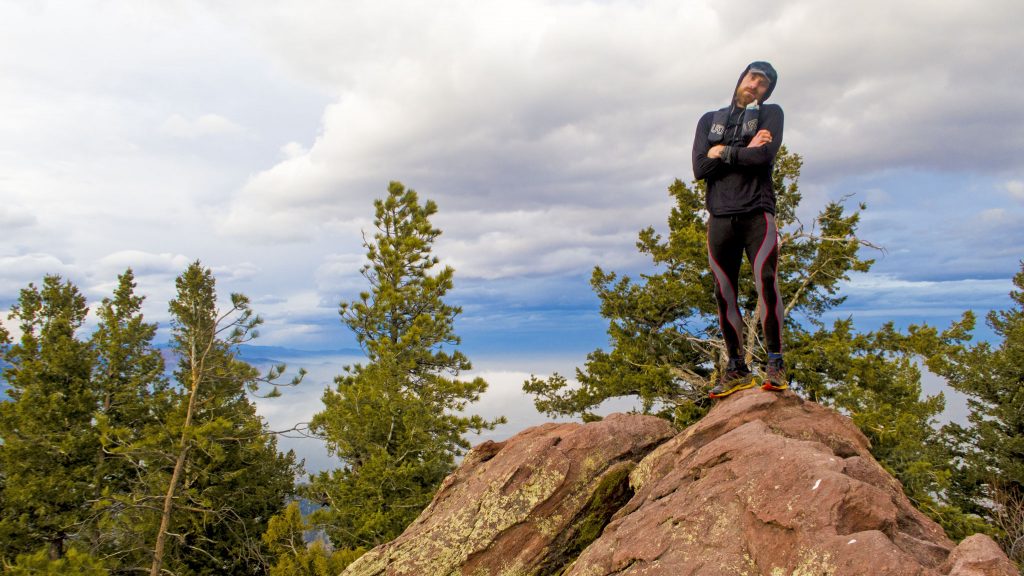 Green Mountain Summit, summit pose is a callback to this photo (if I look strange to you)

This was probably a bad idea (as I write about this, post-workout), as bouldering is just a lot more stressful on my finger than climbing, but I didn’t even try to wrangle a partner, so there I was. Good session regardless. Finally topped a V4 on the 45 degree wall I’ve been working on for a few sessions – just a few tricky moves I could never link up. The start was very awkward for my height, and very hard on my injured fingers, so I never wanted to do it too many times.

Some other V5’s topped as well. One involves a long reach to a two-finger pocket for your right hand, then crossing over to a bad crimp with your left, then crossing back with your right on another long reach. After that, there’s quite a few more difficult moves. I just never had the endurance before. I few sessions of roped climbing helped with that.

Continuing index finger, then pinky + ring finger. Did a few of the hangs onto the pockets, which was almost impossibly hard.

Nice ride to M’s. Despite bringing three days of clothes, climbing gear, enough food to make a dinner and extra clothes in case I get stuck in the snow storm that’s threatening the Front Range, I managed to shave off 9 minutes from my time two weeks ago. That’s over a mile an hour faster. Psyched.

I may make a soft goal of trying a sub-5 hour century this Spring. Using a road bike, with gears, not needing to bring anything en-route  except food/water and optimizing the route to avoid any major intersections, this goal seems pretty attainable, even in the next couple of weeks (who’s got a road bike for me to borrow?). Surprisingly, I’ve never officially done this feat.

I’m now spinning out often on the flats, which means I should really, really, really gear up to a 46t up front as I keep threatening to do.

The storm cometh, and ruined much of M’s and mine’s collective timelines with long, snowy drives and car troubles. Which is fine. The big thing for me coming up is another Longs Peak summit, but conditions couldn’t be any worst for that – and will be for the rest of the week, as temperatures rise, and the avalanche threat gets much, much lower.