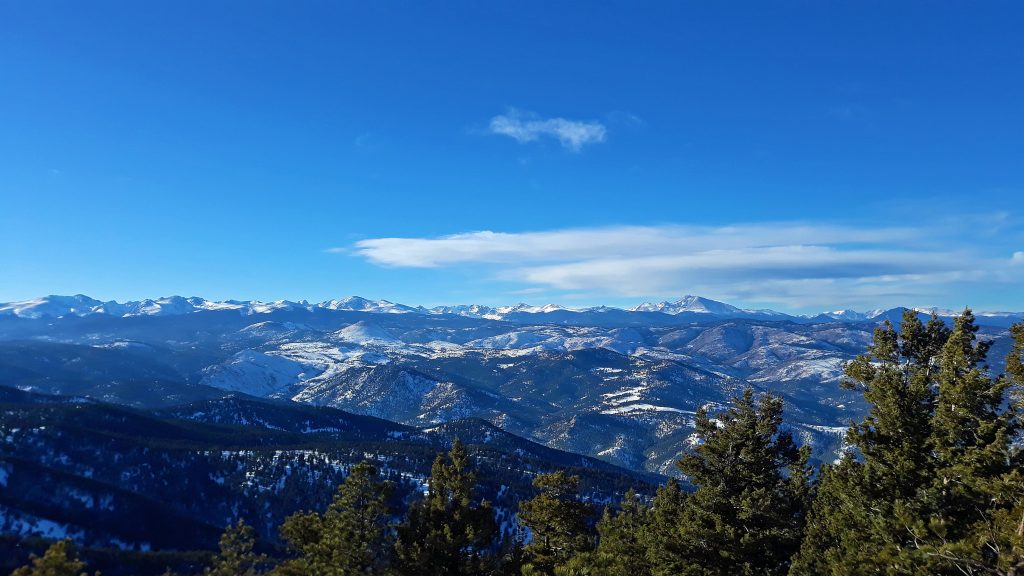 Warmup felt really great – body seemed happy with the extended break. Not too much accomplished though… worked on a V4 in the cave that’s basically a rising traverse on a series of ledges that I hadn’t ever done before. Worked on V7 on an arete that was just made of awkward slopers, but didn’t link all the moves together.

No aerobic stuff, I wanted to be nice to my lungs. Even some of these boulder problems left me breathless. It’s totally weird.

I wanted to get out before it snows again on Wednesday, and to test my lungs to see how they’re bouncing back from their asthmatic-like state on Saturday. Took it easy and wandered to the Second Flatiron to see if Freeway would go. The base was covered in snow, but the right-hand start could be used easily enough. Then, no real snow on the route to write about.

From there, went up the front side of Green to the summit, then descended Saddle/Amphi. Snow conditions were great up high, but after the ladder, things really turned from icy to comically icy. Microspikes were literally not enough in some places. I kept it rubber side down.

Nice to be able to get out, though. Very beautiful atmospheric conditions out today.

Lungs felt much better, but aren’t at 100%. I guess they just need some time. I’m still wondered what’s going on, but I’m siding on this being a chest infection. I haven’t coughed up any nasty brown/green phlegm all day, so that’s good, I guess.

The snow came-eth. It was just too too cold for me to risk going too far with my lungs not at 100%. Thought best to just hang back. My finger is injured, so bouldering/climbing is out, too. The best thing for me to do is not one thing.

Held myself back, but still made it the full two hours.  Lungs are coming around, which is nice.

I can’t climb at the moment. My left middle finger is truly too bruised, and climbing just makes it all the worst. So, to keep myself sane, I’m going to do some antagonist training (pushing) for a while. For me, that’s just a few sets of pushups, dips, and handstands. I kind of forgotten I’d injured my right shoulder a bit, and that’s why I haven’t done any antagonist training in a very long time. Felt an ever so slight twinge in my right shoulder when performing dips, which I’ll keep an eye on.

Haven’t had a proper core workout, either! Felt as strong as ever though. Tried leg raises on the captain’s chair for a change, and I like those very much. My grip on an overhead bar is so fatigued by the end of a session that hanging leg raises seem to be compromised. I don’t even want to hang on a bar, for fear of hurting my finger. I may continue them in this style until I get stronger in this movement itself.

Actually hoped to do a hangboard workout – at least with hanging from my index fingers, and maybe my ring/pinky fingers, but the hangboard area was gobbed with people and I just didn’t want to deal with the traffic. I would do this workout at home, but I can’t comfortably hang on only  my index fingers without taking weight off with a pulley/weight system, which isn’t a setup I have at home.

Wonderful time in the OSMP. Snowfall on Wed. put the former too-icy trails in much better condition, and I thoroughly enjoyed myself. Lungs felt pretty good, but held back a bit. Well, I normally hold myself back and try to keep things aerobic, but still: maybe a step back from even that. But damn, just happy to get out and not be sucking wind at 25% effort. Glad I’m bouncing back!

‘Till things are brighter, I’m the Man in Black.

I cajoled Nolan to go climbing with me, and: yeah my finger. Other than one lead climb to set up a top rope at the end of the session for an embarrassing attempt on the finger-ish crack, I sticked completely to the fists/hand crack, doing around six laps on it, which were totally casual for me. Psyched to feel so at ease. I do remember not even being able to top out this route in recent memory. Now, I can adjust my hands/feet to a better position, rest practically anywhere I want. Flag out a foot to gain a higher hand position – even started downclimbing the thing. Probably if prodded, I could do the who crack in less than a minute. If only thinner cracks were so casual. 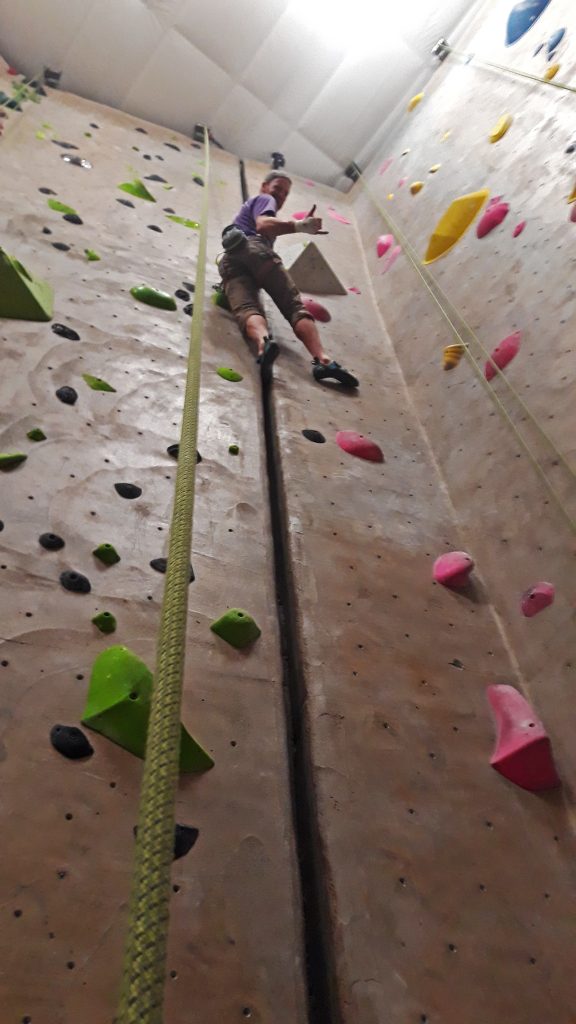 Ride out to my bae. I’m not sure if everyone who is: (1. car-free, and: (2. faces the issue that there’s no direct bus route between these cities (which is a travesty) would be so stoked to live 50 miles to someone they’re hanging out with, but I’m so into it, it’s not even funny. Felt really strong, and lungs felt fine. I’m spinning a 42×19 gear, and I almost feel it may be time to up this to a 46t ring.

Brought gear to do a climbing sess., as I’m sort of trying to get ready to go to Indian Creek next month, but the bae had to finish up her PhD work, which is fine. Another day resting the finger is probably best for me.