Crying about being somewhat crippled, but also getting the crazies from cabin fever. The few days prior could also be categorized as, “nothing”. Crying in my beer is not a thing to really count, although I’m sure some calories were expended.

Ha ha! Back to the same place where I have recently injured myself. But for why?! Maybe it’s the expensive monthly membership that’s about to run out. Or the fact it’s going to snow very, very soon and then continue for months? Or, I am simply: bored of being stuck in the house.

Bouldering sess. actually went alright. I kept it short: about an hour and a half wall time, then pull ups afterwards. An entire wall was being reset (though my accident problem remains!), so what was mostly open was the overhanging, 45 degree wall. Never been my forté, but it’s a good wall to get strong on, fast. Managed to complete 3 V3’s and a V4, which is nearly unheard of for me, being one of bulk in legs, and less in back.

This isn’t severely impressive in general, and def. not impressive at a gym in Boulder, but for me? I’m happy, as it’s a good performance from myself. As always, I’m surrounded by pros doing their thing, and the bar is quite high.

I was especially impressed by another bicycle enthusiast (easy to spot with his screen printed t-shirt of a tall bike) today getting after it, who was able to mostly down climb all the problems I was happy enough merely to get up.  I can usually do the same, at the same grade on walls that are a little less than um: over vertical, but with the overhang wall it’s quite strenuous – or shall I say, “strain-uous? My fingers are at their limit, me being heavy in ass and long/slender in digits (ok, ok, I’ll stop with this annoying sentence structure).

After checking the clock for the thousandth time and finally coming to terms that, yes: I will need to go work today, I did a quick pull up workout. The pull up bar seemed to be center of the social gathering of very talented female climbers, which is awkward when you’re just a regular dude. On my left is a lady in bright pink lyrca, hanging on ice tools, working on her Figure of Four moves; on my right are too La Sportiva sponsored boulderers talking about the next time they’re heading to Ceuse. I see them at Walmart, too, but it’s I guess a little different in this setting. Then there’s me, in the center trying desperately to get the fourth pull up in the set complete.

And I know what you’re thinking: to get better at climbing, you climb! And I agree, but I want to be nice(r) to my foot, and to my fingers, which see more tape applied before a sess. than seems prudent to allow, and I am much weaker than most in my pulling muscles, so pull ups it is.

Frenchies, mostly – and a variety of them as well.

My favorite right now are a set where:

You complete a regular pullup to the top, hold for a 5, go all the way down,

Then, go back up, then down a quarter of the way, hold for 5, and go back all the way up to complete another pullup, then all the way down,

And that’s counted as “One”

I like it, because it’s firstly: overcomplicated and works both on static holds (say you need to make a clip at an awkward stance, and also your dynamic movement (say you need to grab the next hold, after an awkward clip!), both of which are tiring, and would be nice to have some insurance on.

After working, I pedaled up to Chautaugua, to do a night hike. Foot hurts! But I needed to get a summit in. If I couldn’t run it, I’d hike, and if I can’t hike, I’ll crawl. Brought hiking sticks and everything. A sobering experience. Some parts of the trail, I honestly had to stop and figure out how to get up or down. Realized I’ve just been jumping over the obstacles, rather than having to navigate them in any more of a strategic way. Hey, it works! Or worked.

Maybe slowing down is the best to do, stay in Zone 1/2 and all that.

I also have a goal of summiting Green Mountain 100x this year. I’m now only at #79, having whole months without a summit. Those lapses in no tops is fine – I was off doing much more exciting things, but now that I’m hobbled and the weather is going to suck soon, it’s a legitimate race to the end of the calendar year. Never count something as done, until it’s actually done, and never think of something as a gimme, ever. Well wizened Ranger now knows. And to think I was sort of counting on just banging out two days of 10 summits/day to settle the score. Might still need to do that, if the foot will stop being so angry.

Even though threatening weather never came, except for it being somewhat cold, and very, very windy, I stay indoors this night and just rode a fake bike nowhere. I get a funny feeling every time I do go the gym on a bicycle, to ride a bicycle, and then ride a bicycle home, but perhaps that just the perspective I’m given, as I don’t have a car. If I did, would this seem so silly?

Spin was fine – spin class wasn’t happening, so I got to use the entire room to myself, with the fan directly on me, and the lights off. Even though the gym was crazy-busy, I was left alone to watch a movie on my phone.

Back again at Movement, about 8 hours after I was there before. Not as much structure in today’s sess., as they put up new climbs and it’s somewhat difficult to make a workout that isn’t, “try to climb all the climbs, and if possible: all at once!” so that’s about what I did. Completed some nice V5’s, and one V4 stemming problem. The V4 was interesting, as the majority of the problem is done facing outwards. Sess was a little longer than Monday’s, but I still ended it with doing my Frenchies routine, to attempt to get some strength training in. Like this:

In the p.m. I again hiked up Green Mountain – a little faster this time. Surprised that the snow reached all the way from the beginning of the trail, to the end. I love how the trail will be wide, and packed down at the beginning, the become ever more narrower and fluffy, as less and less of the intended routes made their way to the summit. A good way to end the night, for sure.

It doesn’t seem as if I did anything, on this day. Well, that’s not true. I baked a pie, 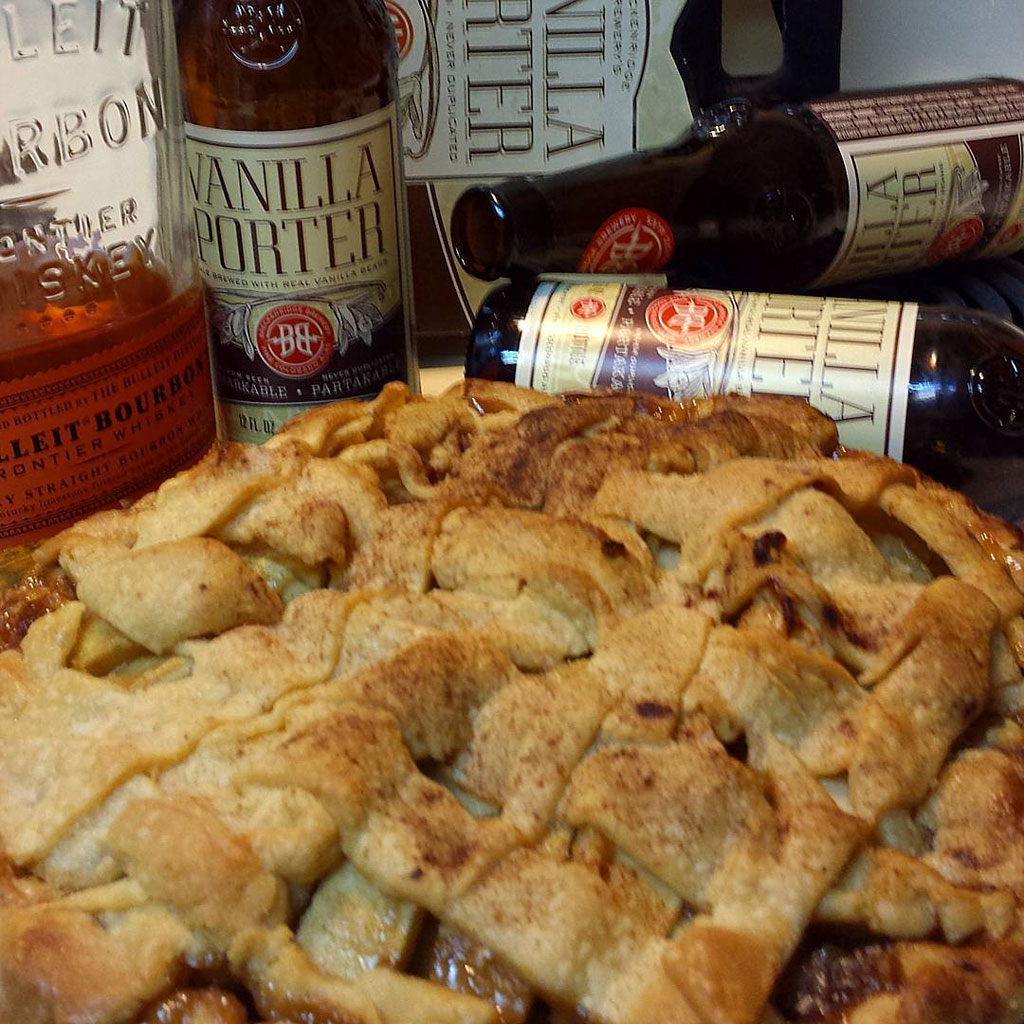 as tomorrow is Friendsgiving at my house.

Put in a decent, albeit too-short bike ride in, before the Friendsgiving debauchery, hitting up probably my favorite hill climb near home: Sunshine Canyon: steep, winding, fairly low traffic.

The road turns to gravel before reaching the tiny hamlet of Gold Hill, then continues all the way to the highway, where I take a right towards Ward, and a paved route (Lefthand Canyon) will take you almost all the way back to Boulder, if you’d like. I opted to ascend back up Gold Hill via Lickskillet and take Sunshine back home, and I was happy I did. Lickskillet is quite steep, and surprisingly there were a few cars that didn’t make the first switchback… it seems both up or down, as they were stuck in the ditch off the road. I realized why: it’s a bit icy! I had to myself and carefully hike up a few hundred feet of the road.

I hadn’t been on Lickskillet for a few years – not since the Boulder Ultracross, where I actually made my break on Lickskillet on a single speed, took the King of the Mountains cowbell and raced to the finish line. Lickskillet was one of the things damaged during the 2013 floods – it’s nice to know it’s in decent enough shape to ride on, again.

Fun times to reminisce, this time on a geared bike, in somewhat slower conditions.

Eh, we had more adventurous plans for today, but the previous night’s libations made that all wishful thinking. We made it to Movement for a few hours of climbing – mostly working on endurance: up the route, down the route, up the route again. I easily predicted that I was not going to be the best at this activity… and I was proved correct! Too much time spent bouldering. All and all, a good idea, as my “solve the crux” super powers have now far outstripped my, “get to the crux” super powers. Did jump on an .11d on top rope, being able to finish it cleanly on the second go, which was nice – guess I didn’t pump myself out completely.

So, for whining about having a broken foot, I seem to be, well, “mildly” getting after it, which may point me into thinking my foot isn’t broken, but just sprained, who knows? I guess we’ll see how I fare in the coming weeks. I still am  reluctant to run on trails, and even though riding a bike doesn’t seem to be all that bad, clipping out of my pedals hurts. Bodies are strange things, for sure.