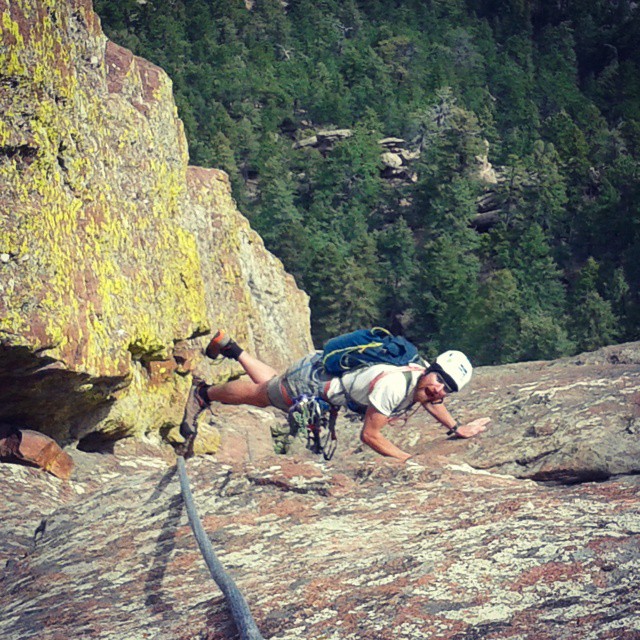 Fandango!
Monday, April 20, 2015 – Green Mountain x 2, Bear/Sobo (S) – 13.5 miles
Felt like I had a brand new leg, so I decided to scramble up Freeway, then power hike up Green, traverse over to Bear, then Sobo, then right back to Green, before calling it a day. Went pretty easy on the downhills/straights (anywhere I was really running), but I think all the stretching and resting did good. Extreme amount of relief. 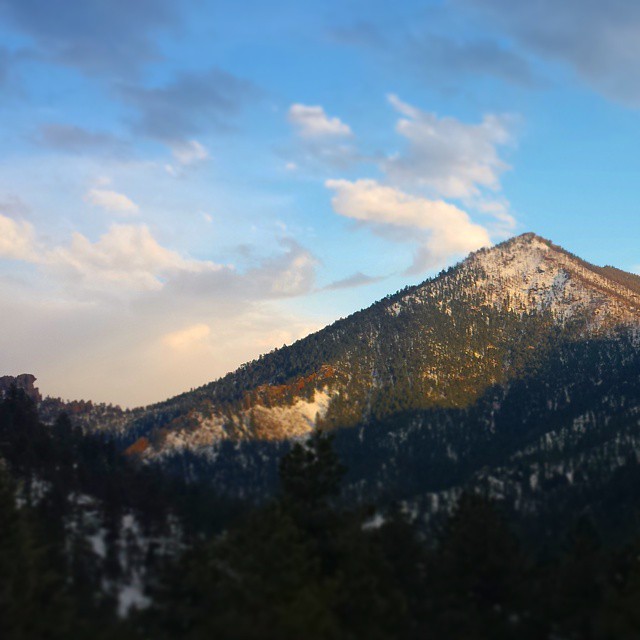 Bear Peak, from Green Bear trail
Tuesday, April 21, 2015 – Freeway, Direct East Face, Green; Climbing @Movement (S) – 4.9 miles
Somewhat of a quickie outside, only scrambling Freeway and climbing the First via the Direct East Face, then tagging Green. Again, mostly powerhiking, although I gave it an OK go to get to the base of Freeway. dropped my gear near the Sunset Flatiron for the powerhike up to the summit of Green, then back home, to meet up w/Chrissy for some climbing.
Climbing session was an absolute car wreck – we were both feeling less than ideal. Our warmup climb – a 5.8, felt considerably hard for the grade. I op’d that it was probably from working the 5.12a on Sunday so much, but who knows.
Wednesday, April 22, 2015 – Mesa Trail Half Marathon (S) – 13.4 Miles, Freeway
Completely out of character, I did a run that didn’t apex at a mountain summit named, “Green”. Words fail me. I was feeling like taking a run that’s not code for, “hike really fast uphill”, so that’s what I did. Even this half marathon distance garnered well over 2,500 feet of elevation gain all said and done. We’ve got some hilly trails, even without going up the hills. Ending with a 10:00 mile pace, which sounds glacial, but is truly the fastest I’ve ran this trail – and truth be told: the first time I’ve ever ran the Mesa south to north completely. Legs felt phenomenal, not even a tinge from my hamstring.
Strange amount of police activity at the South Mesa Trailhead. Learned once I got home that a police officer shot and killed a suspected kidnapper. That’s crazy.
After my run, I met Chrissy at Chautaugua, and we took it easy with a hike and a scramble up Freeway. Climbing is kinda how we go on dates. 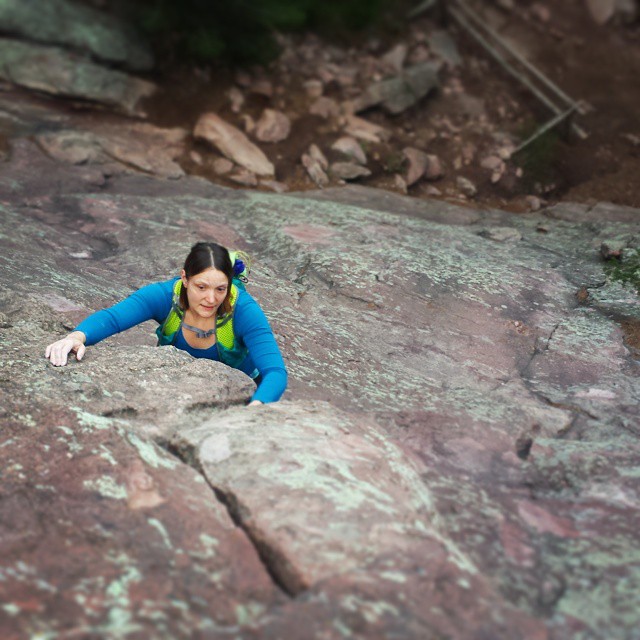 Chrissy making Freeway look terrifying
Thursday, April 23, 2015 – Bouldering @ Movement
Except for having a really fun time, not too much to report. Much better than Tuesday. Although, my wrist started to ache. Pinches are not kind to my wrist.
Friday, April 24, 2015 – Boulder Skyline Traverse (S) – 27.8 miles
With a day of rest, I left work early, and went for the Skyline Traverse. Started with Sanitas, as its my least favorite mountain, and holds the most… fear? to do. It’s a rocky trail and seems the outlier up in the lineup. Plus, the trail I usually take down is closed for some major repair work. Instead I took the new (to me) Lions Lair trail, which is as buff as singletrack in Boulder gets, but cripes is it long: 1.2 miles up in 22:50, 3.8 miles down in 34:41 (ish). Tried to take it easy, as there’s still 22 miles left in the run. The rest of the day went pretty easy, the weather is absolutely perfect for running, which certainly didn’t hurt matters. I wrote a little more about this day in its own entry, where I talk about the gear I was using.
Saturday, April 25, 2015 – Fandango!
Chrissy and I climbed the Fandango route on the First, both of us haven’t climb it before. I certainly had tons of fun, even though I’m slow at making my much too complicated anchors for pitches Chrissy is basically comfortable soloing. We made it back to the car in time to make it to a two year old’s birthday party filled with other two year olds and homemade ice cream cake! 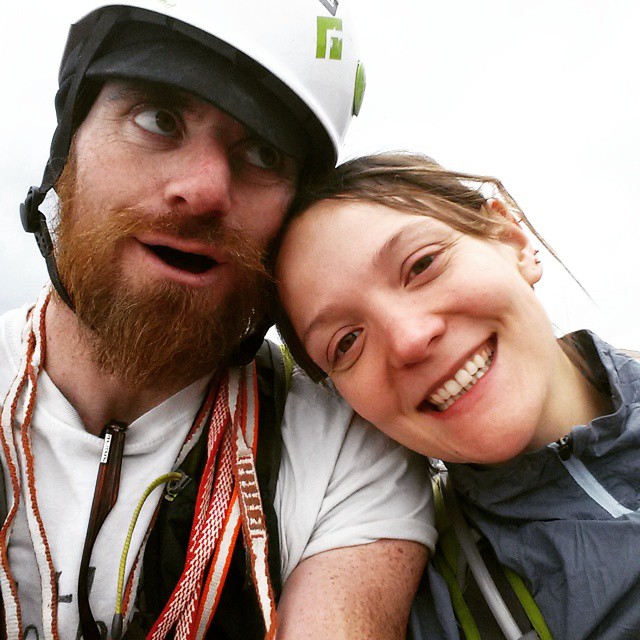 On the Summit of the First, after completing Fandango
Sunday, April 26, 2015 – Bouldering @Movement
A perfectly rainy, cold, foggy day, so we stayed in mostly, did work and did some bouldering. Stayed away from pinches, taped up my hand (which helped at least mentally) and worked on some V5’s, with varying success. All told, another super fun day climbing.
Total Running: 66.5 miles, 21,823 ft climbing
Feels nice to bounce back from the hamstring strain so well  – and lots of rock climbing to boot. Next week will be hectic, as I am moving, I have practice and a show, and family coming to visit on the weekend. That leaves me wondering what exactly I will be able to get accomplished.