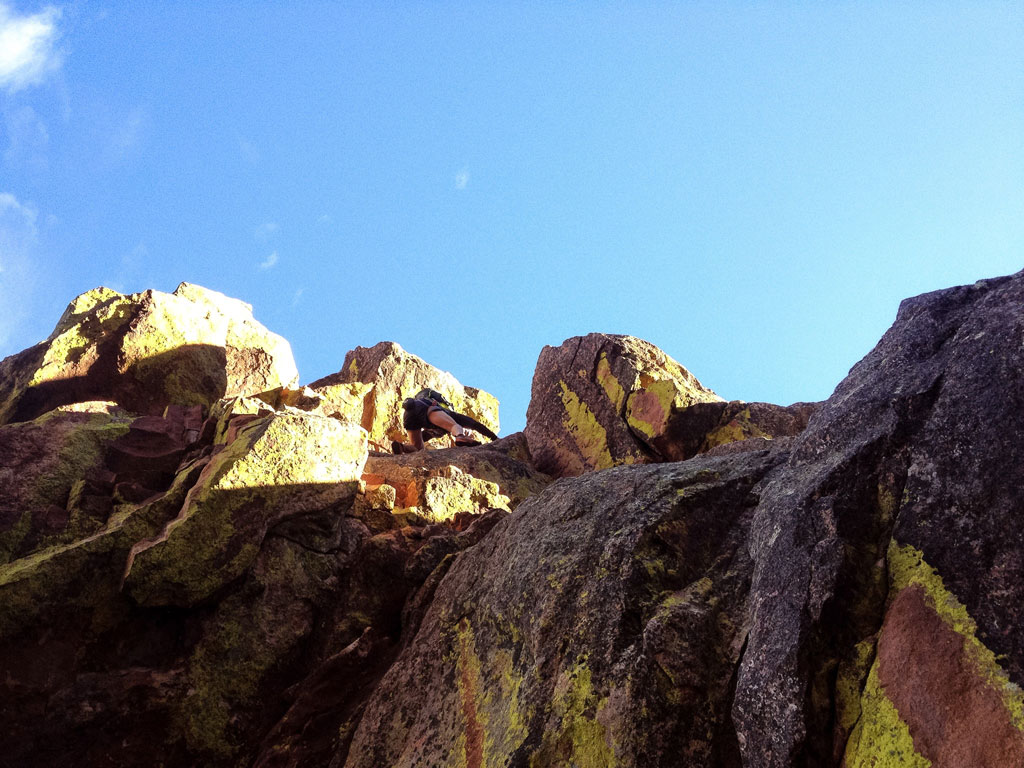 For a bike rider, I sure am clawing away up steep cliffs with my hands a bit. Other than getting an incredible base knowledge of how to deal with any type of cliff imaginable, it’s a nice change from constantly moving slowly on my feet. I’m craving just that, but I’m pretty committing to see this project through.

We managed 12 pitches today – both of us coming off of a little bit of a break from roped-up climbing; Chrissy had just returned from a trip to Idaho and Jackson, WY and I had been off bouldering for the most part. Funnily enough, this was a low-volume time in the gym for us. Chrissy has also just taken part of 24 hours of Horseshoe Hell, doing 64 pitches in one day, outside.

My buddy David and I met at Chautaugua for some scrambling this a.m., and we decided to start on the Second Flatiron and see if we couldn’t figure out the, “standard” East Face route. Both the First and the Third Flatiron have fairly obvious and popular east face routes. The Second, not so much. Most people take the Freeway Route, rated an easy Class 4, which gets you most of the way to the summit of the Second, but really exits you onto the trail between the First and the Second. From there, it’s a hike to the saddle, and then if you want, you can take the West Face route up the backside of the Second, to its summit.

Free For All branches off from Freeway after about half way, and brings you over a few rock ribs, as you make your way to the middle of the formation, straight ahead being the overhanging, enormous block named the  Pullman Car. It is possible to go straight up this part of the Second, but the easiest route follows a 5.10d crack – not something either David and I were prepared to do. In back of my mind, and most likely Davids, was recon’ing the Second a bit, so that we can come back later and free solo the route. Happily, Free For All fits the bill, as it only goes up to 5.6.

After making a bad call on where to start our first roped pitch – we decided on a very awkward ledge which afforded us to one piece of pro to make an anchor our of.  From there, I took the lead, finishing up the chimney to the face moves towards the Pullman Car and then, a  jot to the South and around to the end of the gully that separates the Pullman Car with the South Block. There, I made a hasty anchor for our second pitch, and told David to get a move on.

The next pitch has you climbing up and over the Pullman Car on its South Face, before you climb up and over, and back onto the east face of the formation. It’s sort of complicated (if you can’t tell from my description), as the zig zag nature of the climbing rope that followed me can attest. It almost would be safer as a solo, as any fall on this second pitch would just have you penduluming quite a ways, and hitting the bottom of the gully. Yeouch. 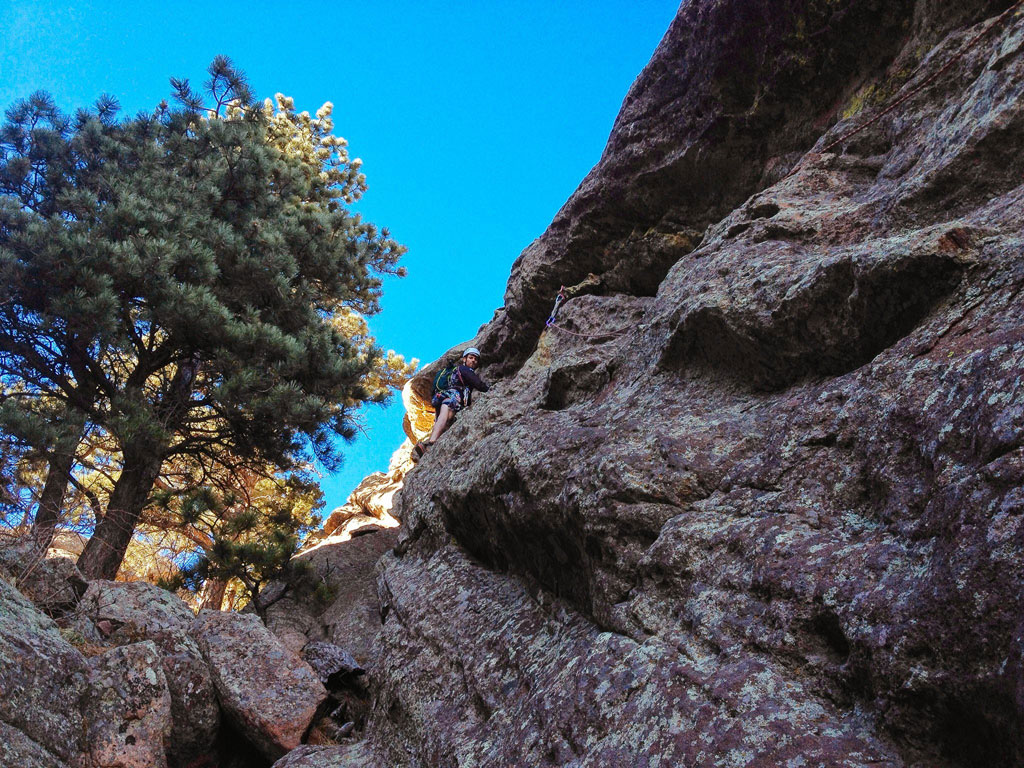 From there, David I made it up the last few dozen feet to the top of the formation. David opted to rappel off; I just down climbed the West Face, as I have dozens of times.

West Face Down Climb of the Second

Free For All took a few hours to piece together – one of the characteristics of roped climbing is that it can be slow. David and I have done a few scrambles and climbs without ropes. Like me, David can certainly hold his own when it comes to moving quickly in a mountain environment. We ended the outing with a quick summit of the first via it’s usual downclimb route – David wanted to recon it, and I was happy to show ’em around. 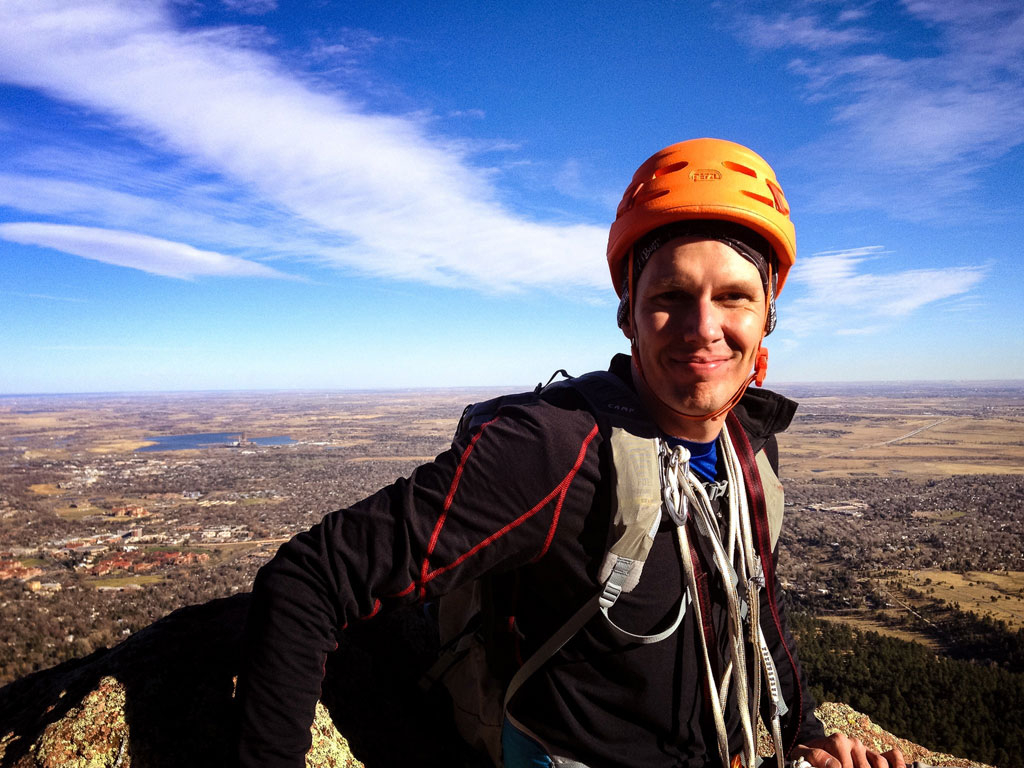 
My partner and I both climb around 15 pitches today, mostly moderate, and mostly on lead. We picked one route 5.9 route to climb, down climb and climb again, without too much of a rest (never getting off the wall)

18 pitches! My partner and I made our somewhat ridiculous goal of hitting eighteen pitches each, while climbing today. Given that the last route we took on was a 5.11a we both climbed clean seems to indicate that we’re both adapting to the stress of so many moderate routes, which will be essential for our time up Time Wave Zero.

A few pitches here and there, but this was mostly a skills day, as it takes a little more know-how to climb a multipitch route a quarter of a mile high, than it does to simply go cragging. I also had reserves about the whole trip, as I’m a constant planner. Making an anchor, belaying a lead and simu-climbing were all things my very patient girlfriend had the task to teach. I’m, I guess, a somewhat high-strung individual in… certain situations.

While my girlfriend wants to go to Mexico to have fun, relax and enjoy the end of her teach semester with seeing old, and new friends while partaking in cheap tacos and beer, I’m more of the variety to hype this up in my head. I might as well be backstage of a pro wrestling match, yelling obscenities and throwing things around, pumping myself up to meet a fellow costumed compatriot: “THIS THE BIG ONE! TIME WAVE ZERO, YOU’RE GOING DOOOOWWN!” I’ll grow out of it, I’m sure. 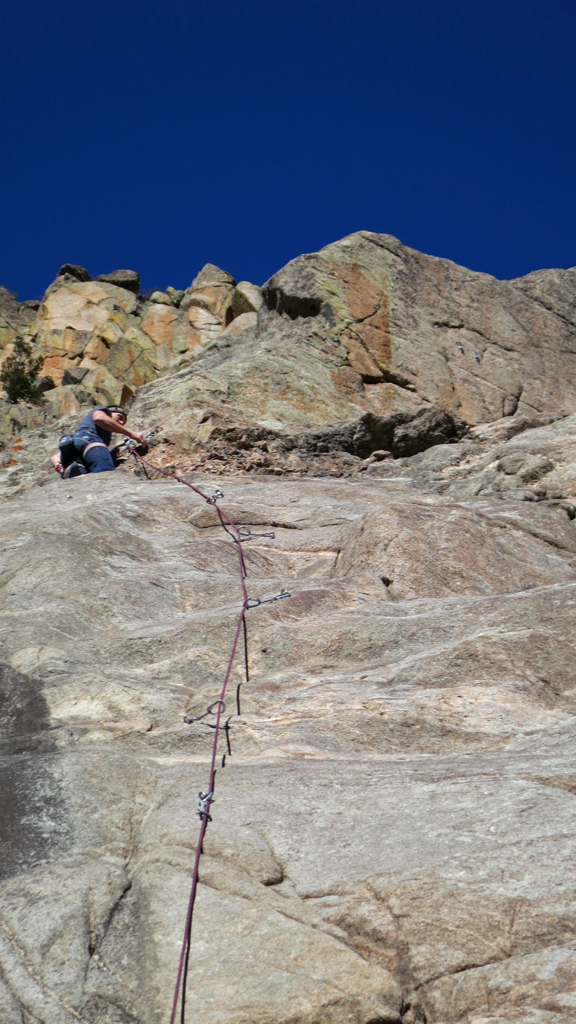