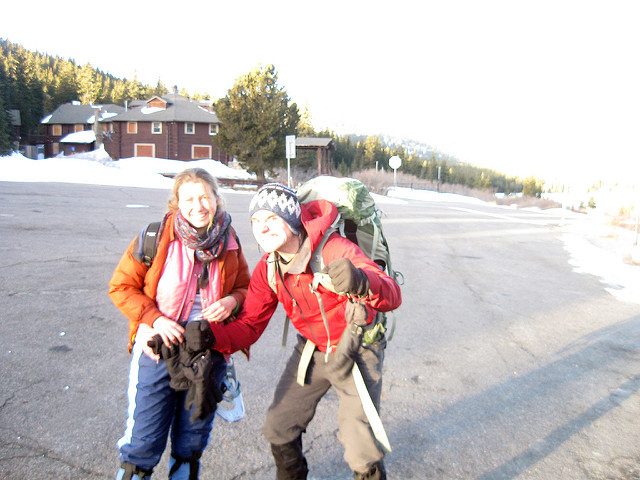 Friday: I think I did 2 hours on the trainer. I don’t think I even made it outside. At all. That day.

We started at
Echo Lake on the Mt. Evans Massif and hiked the Chicago Lakes trail.

Got lost, summited some unknown little thing and cut trail to lower
Chicago Lake, which is not easy in hip-deep snow and steep faces. SO
MUCH FUN. We tried to get to Upper Chicago Lake, but the route we
thought we could take was also hip-deep and steep. The willow trees
dotting the route worked well in keeping the snow from blowing away.

And
then, we attempted to get back. We circled the lake and then attempted
to find the actual trail. Didn’t happen. So we again cut trail, or
attempted to. After around a half hour of moving a few hundred feet, I
asked N. for a contingency plan, if we do, in fact, get stuck at 11,000+
feet past… midnight. 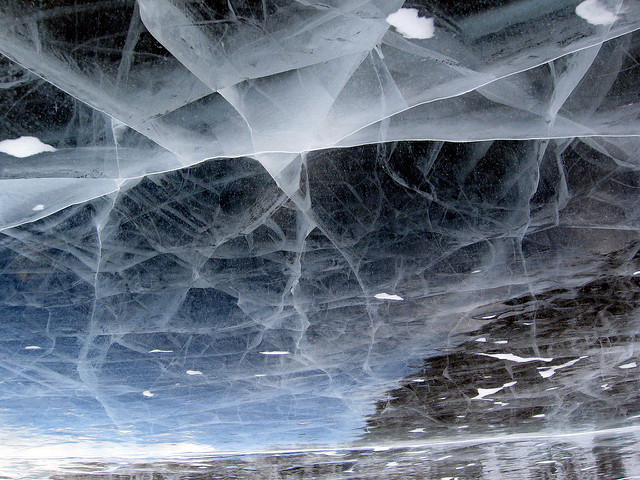 We decided to attempt to find the route
we originally took and headed back up whatever mount we had descended
from. We lucked out – really and truly and found a trampled down trail,
which lead us all the way to the trail head. That day wiped me out as so
few days can.

And that’s how I’m getting ready to hike up
snow-laden passed in Canada, in June, with a mountain bike weighing 35+
lbs, laden with all my gear for 3 weeks: expose myself to situations
much more difficult than what I’ll find on the actual course!

Bought
mountaineering boots! The big, heavy, plastic ones. They can do Mt.
Rainier. They could probably do Denali. Meaning: they’re completely
ridiculous. Don’t even have crampons!