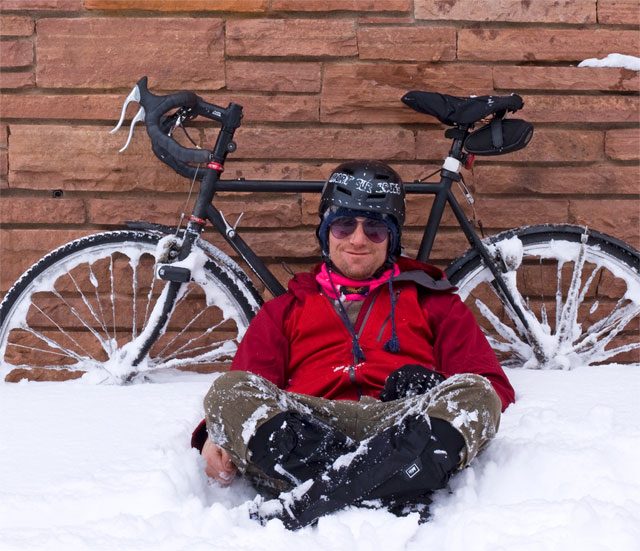 “A venturesome minority will always be eager to set off on their own, and no obstacles should be placed in their path; let them take risks, for godsake, let them get lost, sunburnt, stranded, drowned, eaten by bears, buried alive under avalanches – that is the right and privilege of any free American.”

These few paragraphs comprise my personal Letter Of Intent in racing the Tour Divide:

I would like to be counted as one that will be lined up at the start of the Tour Divide in Banff, Alberta, Canada on June 10th, 2011. I will take little – but enough equipment, including a simple bicycle, with the goal of finishing in Antelope Wells, New Mexico a few weeks thereafter. I will travel swiftly, confidently, conscientiously and with self-examination.

My heart is strong. I have wandered around a few corners of this small world, collecting longer rides, more technical terrain, higher peaks and passes, in more desolate circumstances, with worse trail conditions in questionable – very questionable weather. All are more than I’m expecting from the Tour Divide.

But, these accolades are worth little toward racing the 2700+ miles, 200,000+ feet of elevation gain of the Tour Divide. My daydreams of racing this route is similar to any day sailor familiar with the tricky inlets and channels of Long Island Sound off of New England, but who dreams on a slow tack, or during a most particularly impressive sunset, of racing solo across the Atlantic in a 6.5 meter sailboat. I live a few dozen miles from the Great Divide itself, but a few dozen miles is a world away from my own safe mooring of concrete buildings and the Cartesian street grid of Denver.

I accept the dangers and unknowns. I would not take this challenge as a fool’s romp. But, I also wouldn’t accept Adventure if there was none to be had! The world is a dangerous place. Racing the route, instead of merely and merrily “touring” the route will only serve as another self-test to overcome towards… who knows? This will be a quest of the spirit, another small step toward my own enlightenment, a performance of art in the noblest of sense: to draw one, long, single, simple line through incredible terrain, with a simple bicycle.

Whatever I find at the end, in the desert, will most likely be something I have always embodied, but what must be so oblivious to myself, of such familiarity. My guess is that I will feel much smaller than I do, now: I will be racing solo, but it won’t be possible, unless I earn the help, trust and selflessness of many people, most whom I probably will never meet and whom I won’t be able to thank. Before I start the Tour Divide, my hope is to cast away some of the weight that makes my own self so heavy – so that gravity itself has little pull on my Machine and I, as I fly up barren mountain passes and dash down lush valleys.