I’ve released my first draft of Segment #3 of the Front Range bikepacking guide to the CO 14ers:

Segment #3 takes you from Guanella Pass, up and over Argentine Pass, and deposits you in Horseshoe Basin, to tackle Grays and Torreys from Grays’ South Ridge Route. Georgetown is used as a resupply point. Enjoy!

END_OF_DOCUMENT_TOKEN_TO_BE_REPLACED

The Front Range 14ers Grays and Torreys make an excellent beginner 14er hike – it was one of the first 14ers I ever did. Being so close to the Front Range Urban Corridor – less than an hour from Denver, it still affords some dramatic changes in environment, not the least because of the sweeping ridgeline going West to East to Northeast from Grays Peak, and ending essentially at I-70. When hiking up (or driving, I guess) up the beginning of Stevens Gulch, you can’t but feel that the world is closing in on you, and you’re now entering a different place altogether.

You may also, like me, have the urge to be on top of this ridge line. Not many obvious entrance points present themselves from the start of the Summer trail head to Grays Peak, to the summit of Grays Peak itself. The ridge is rocky and broken, with much rockfall danger. You could, and people have, find a weakness in the ridge to climb up, but I don’t suggest it. In this route, I outline what is sure to be a classic traverse over the entire Steven’s Gulch; bagging you two 14ers, a Class 3 ridge scramble, and at least 2 13ers – one of which (Mt. Edwards) is a Centennial. If that’s not enough, you’ll also go over a mountain that used to be labeled a 14er, McClellan Mountain – actually height: 13,587′ which faked out turn-of-the-century tourists!; as well as many smaller 12ers, in your hike to close out the loop.

Some stats of the route as I describe it:

This route is not to be underestimated,  it’s a requirement to get an alpine start, and to not be afraid to bail, if weather comes in (bailout points are noted, below). Be strong in your logistics game.

END_OF_DOCUMENT_TOKEN_TO_BE_REPLACED 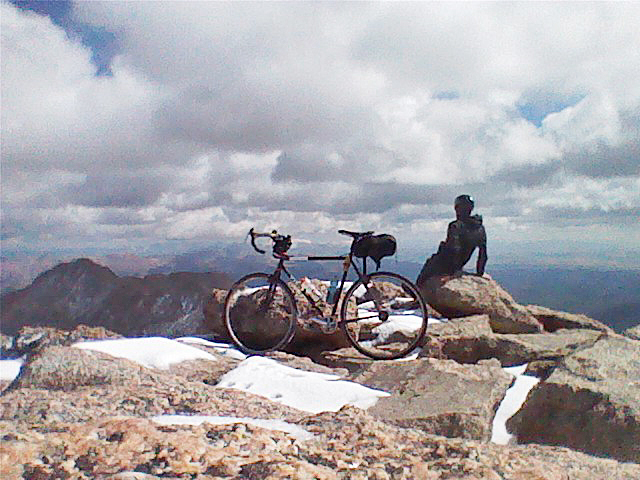 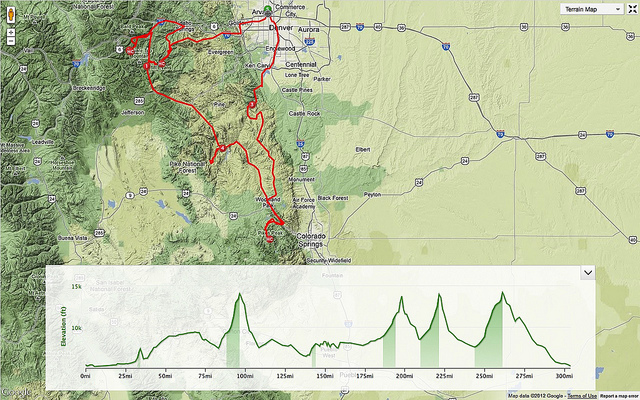 The idea was certainly simple enough:

The road that travels up to the summit of Colorado Springs’ resident 14er, Pikes Peak (neé heey-otoyoo)  @ 14,115 feet would be open to bicycle travel for the first time for an extended period: the entire month of September on an exploratory basis. In the recent past, the road has only been open for one day, for a bicycle race up to the top.

This road needed to be ridden to, from Denver and summited, before the end of September came; before the road was again closed to such noble of transportation options.

END_OF_DOCUMENT_TOKEN_TO_BE_REPLACED 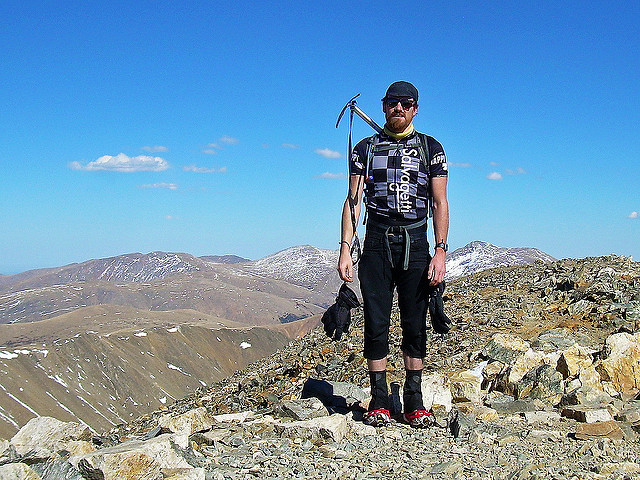 On top of Grays Peak.

OK, fairly ambitious, I admit – I brought along my sleep kit, just in case.