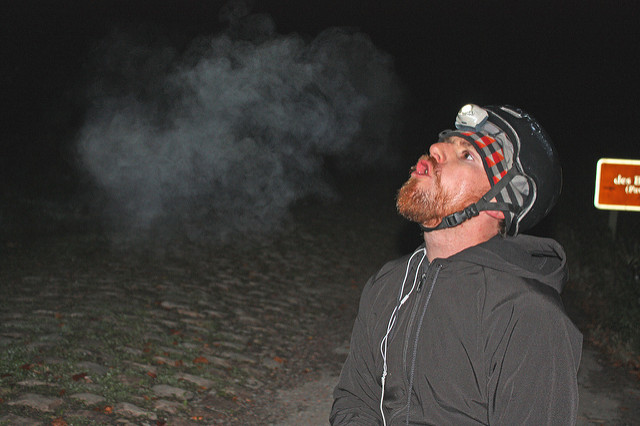 This weekend is the Paris-Roubaix! One of my all-time favorite one-day races, if not for the fact that it was first raced in 1896 on Sunday, April 19th – or on Easter Sunday – no one really remembers… – and I was born a little over 100 years later on Sunday, April 19th, which was also an Easter Sunday. These types of coincidences should not be taken lightly. So, when I found myself living in Paris, wanting to visit friends in Amsterdam, I thought it best to visit the route used in the race.

Below is what I wrote in November of 2009, after I finished up successfully making it to Amsterdam in 5 days. Certainly not a speed run, but the route from Paris to Roubaix, by first cycling fairly straightforward to Compiègne and then following the route eats up almost 400 km itself. Then there’s the simple matter of passing through an entire country in a day and finally traveling the Netherlands to Amsterdam in the final. Totally ruled.

END_OF_DOCUMENT_TOKEN_TO_BE_REPLACED

I still don’t have a bicycle to ride the course.

END_OF_DOCUMENT_TOKEN_TO_BE_REPLACED

“A venturesome minority will always be eager to set off on their own, and no obstacles should be placed in their path; let them take risks, for godsake, let them get lost, sunburnt, stranded, drowned, eaten by bears, buried alive under avalanches – that is the right and privilege of any free American.”

These few paragraphs comprise my personal Letter Of Intent in racing the Tour Divide:

END_OF_DOCUMENT_TOKEN_TO_BE_REPLACED

Summer totally flew by for me, but I was able to take a few little trips out and about to check out the, “backyard”. I’m moving soon, so it seemed like a good idea to see what’s out there. Here’s a small 4-day trip to Leadville and back, with a little side-step hiking.

Starting in Denver, we’re going South East on 285 to Leadville, CO, where we’re gonna climb Mt. Elbert, the highest point in Colorado. I’ve been scheming to do this for a while and finally found time to do it.

END_OF_DOCUMENT_TOKEN_TO_BE_REPLACED 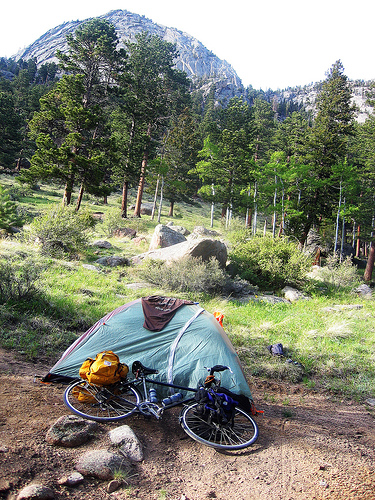